They are offering a deal for premium web hosting which cost:

And you get a domain + SSL certificate​ for free.

There also is a cheaper option - Single shared plan that is starting from 0.99$

Pretty good deal as from my experience with other host this one is quite decent and at this price point it's a steal. Many good reviews on youtube and review sites for this company. 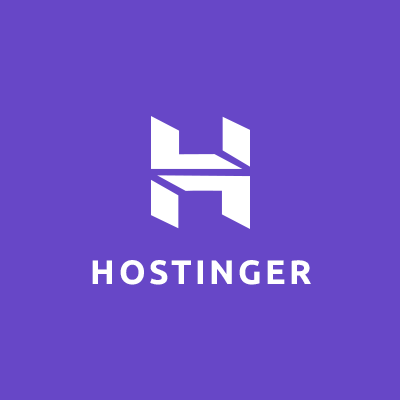 LovelyChicken4324 posted this deal. Say thanks!
Add Comment
Reply
Created 11-27-2020 at 08:28 AM by LovelyChicken4324
in Web Hosting & Domains (2) Get Hostinger Coupons
If you purchase something through a post on our site, Slickdeals may get a small share of the sale.
Deal
Score +22
5,181 Views
$1.89
See Deal
About the OP
Send Message
Joined Apr 2019 L1: Learner
146 Reputation Points
6 Deals Posted
61 Votes Submitted
22 Comments Posted

Ask our community of deal experts a question about this deal, product, or store.
Want more deals like this? Create a deal alert for Web Hosting & Domains.
Add Deal Alert

BUT, it is significantly cheaper and my shared hosting package is pretty decently fast.

I'd say if it is for a hobby site or a startup business, it's a good beginner package. For established businesses, you may want VPS or upscale hosting.

0
Reply
This comment has been rated as unhelpful by Slickdeals users
Joined Nov 2004
Bargain Junkie
659 Posts
190 Reputation
11-27-2020 at 12:42 PM #5
Price seems excellent, for the 4yr anyway.
Biggest criticism seems to be support, or lack there of.

Seems good for those who know what they're doing and have modest requirements, very generally speaking of course.

0
Reply
This comment has been rated as unhelpful by Slickdeals users
Joined Jun 2012
L5: Journeyman
791 Posts
26 Reputation
11-27-2020 at 01:33 PM #8
How is this site compared to hostgator? I'm just looking to create a personal page or family page or two. Nothing fancy maybe build a portal to login to for family. Not sure what I want to do yet but want to keep it cheap.

This comment has been rated as unhelpful by Slickdeals users
Joined Aug 2011
L2: Beginner
59 Posts
48 Reputation
11-27-2020 at 01:58 PM #9
It is a lot slower than hostgator - I moved from hostgator to Hostinger a year and half ago and Hostinger's CPU and memory limits for shared hosting are so bad that I couldn't untar or unzip my content from hostgator (took almost 7+ hours to complete). It is good enough for a personal website with low traffic, reliability after setting everything up has been pretty good and no other complaints other than the fact that you do get what you pay for in terms of lower compute, storage and overall speed.

0
Reply
This comment has been rated as unhelpful by Slickdeals users
Joined Mar 2012
L2: Beginner
50 Posts
434 Reputation
11-28-2020 at 12:52 PM #13
I was with FastComet for several years, and started on one of their cheap multi-year shared hosting deals. I picked them due to price, speed, and reliability.

Every few months while on FastComet, my landing page's loading speed kept getting worse/higher, until 2-3 second loading times were unacceptable to me. Then it would take multiple complaints, until FastComet would switch me over to a new shared server, that was faster, probably due to fewer customers on it, until they slowly loaded it up with too many websites. So I kept having to repeat that pattern of resolution with them multiple times. Then came my notice to renew around May this year, along with a huge price increase, and no willingness to negotiate. I did a lot of research for days and went with Hostinger.

Now to be fair, I run a very light 700KB landing page, regarding what has to be loaded. My website's landing page has been running on Google AMP for years now, which has some speed, mobile, and search result advantages. Even with AMP, I was constantly catching FastComet taking 2-3 seconds to fully load my AMP landing page, with their best times averaging 800ms-1.5ms. With a tiny 700KB page, and Google's CDN's and servers doing the heavy lifting, 800ms to 3 second loads were too inconsistent.

That same exact AMP landing page, I've never seen take more than 1.3 seconds to fully load on Hostinger, and usually stays around 1.0-1.3 seconds. Now I don't ever see those 800ms super fast loads I did on FastComet, but I've never seen it go the other direction either, with anywhere close to the 2-3 seconds. So on the low end, sometimes losing 200ms of loading, to achieve more consistent and reliable speeds overall, is a trade-off I can live with.

Regarding downtimes, for years I've used 3rd party monitoring that emails me reports. Hostinger does go down about 1-2 times a month, but it mostly seems to happen for only about 1-3 minutes, and many of them are between 12am-4am, and I'm okay with that, but I was having about the same outages per month with FastComet. For the 4 year deal I got, which seems to be about the same as this one, and the consistent speed I have, I'm very happy with Hostinger's shared hosting service. My first 6 months with Hostinger have been very different than my last 6 months were with FastComet.

0
Reply
This comment has been rated as unhelpful by Slickdeals users
Joined Mar 2012
L3: Novice
106 Posts
18 Reputation
11-29-2020 at 02:46 PM #15
I'm on mobile so not going to do the math, but depending on what your goals are - going with a cloud based solution like Azure might be more affordable over time - especially if you sign up for a new visual studio account. I think they still give you credits and you can use those towards domains, etc.

Target 50% off ALL shoes with Circle. Mens, Women's, kids