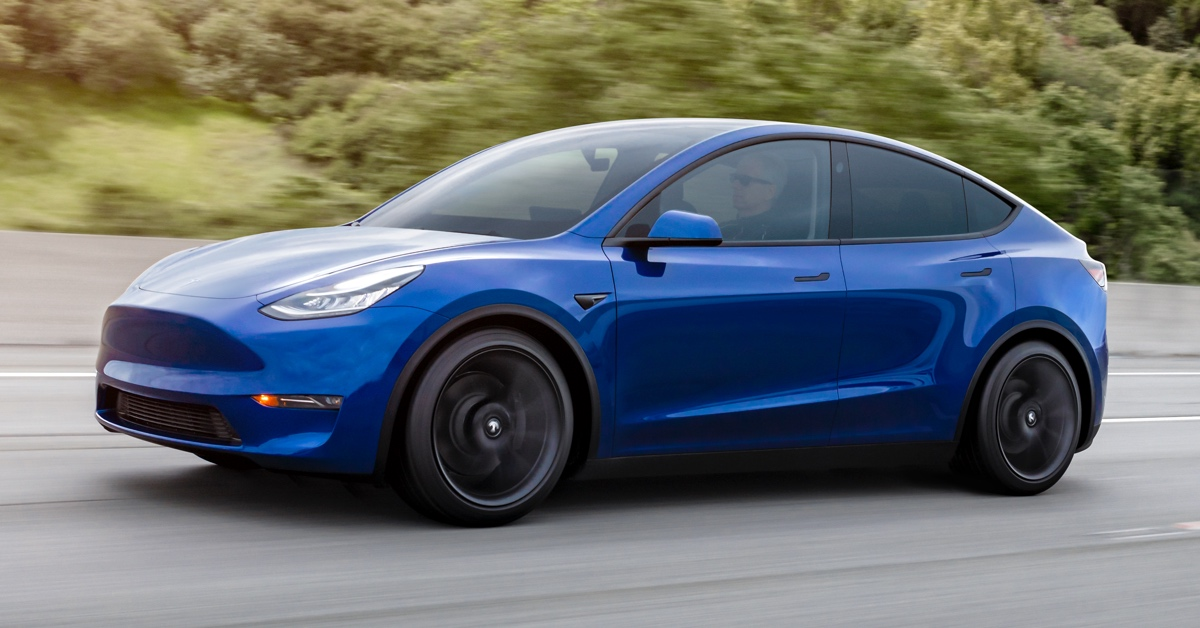 6
Reply
This comment has been rated as unhelpful by Slickdeals users
Joined Nov 2010
L4: Apprentice
402 Posts
105 Reputation
01-08-2021 at 09:33 AM #17
Very different cars! Even Ford Focus EV was in a very different category of cars from the two we are discussing here. I am not a big fan of Tesla but they do have upper hand on EV technology.

0
Reply
This comment has been rated as unhelpful by Slickdeals users
Joined Dec 2016
L5: Journeyman
896 Posts
533 Reputation
01-08-2021 at 09:37 AM #19
Plenty of other opportunities across the market. Don't worry about what you've missed and focus on what you can gain with the current market.

1
Reply
This comment has been rated as unhelpful by Slickdeals users
Joined Sep 2007
L3: Novice
129 Posts
155 Reputation
01-08-2021 at 09:38 AM #20
Tesla is battery constrained. The SR Y is to move more cars with high margin, which they couldn't do with a LR Y due to battery production constraints. Expect this for a year until the next cells ramp up.


7 seat config has been released anyone test drive yet? I have a 6 y.o i want to stick back there..

SR uses less batteries so they can make more of them.

Selling a "cheaper" RWD LR is a money loser for Tesla versus selling a greater number of SR RWD.

You want LR, buy the AWD or P.

Posted because I guess we are just posting random stuff now, not just hot deals.

What random stuff have you discovered today?

58
Reply
This comment has been rated as unhelpful by Slickdeals users
Joined Feb 2007
L6: Expert
1,145 Posts
416 Reputation
01-08-2021 at 09:42 AM #24
Agreed, but even with Tesla's upper hand on making electrics, up to this point neither Ford or Tesla has ever made any money making these Electric vehicles (without carbon credits, or tax subsidies). I'm sure the day will come when electrics finally start producing profits, And that'll probably also be the same day Toyota, Volkswagen, GM, Stalantis, Ford and all the other auto manufacturers finally go all in on electrics. Maybe once solid state battery technology comes to fruition, that' could be the turning point for mass adoption. But until legacy auto company's can consistently make money on these cars, they'll Let Tesla "dominate" the money losing EV market.

Tesla has been profitable 7 of the last 9 quarters.

And could be even without tax credits.

In a couple weeks they announce Q4 earnings- they're likely be -extremely- profitable on top of said credits....

They were profitable ex credits (if you do the math honestly) in Q3.


That day was a couple of years ago.

Tesla has largely been reinvesting the profits into the company to build more factories and scale up though.

Amazon didn't post much profit at all for like 10 years when they were in hypergrowth- but their revenues were exploding, and once they had built "enough" with them their profits were likewise phenomenal.


it's one of the reasons Tesla is worth so much more than other car companies.

They make 5-figure gross profits on each car they sell.

(not so sure about stock long term though)

I would wait. Usually at the end of the quarter tesla adds perks to meet numbers. So right now is the absolute worst time to buy. Sure there is no guarantee they will offer perks, but historically they have like end of last quarter with 1 year free supercharging.

The other reasons are:
1) chinese model y have a few upgrades likely to migrate over to the north American model y soon like slightly better interiors and hepa filter.
2) tesla is still working out the issues with heat pump in harsh winter temperature. There have been reports the heat pump failing in really low temperature.

This comment has been rated as unhelpful by Slickdeals users
Joined Sep 2003
No place like localhost
1,197 Posts
423 Reputation
Our community has rated this post as helpful. If you agree, why not thank ?
01-08-2021 at 09:57 AM #30
As a 2014 S owner I can say that range and charging speeds are the greatest headache. I wouldn't purchase a non long range model.