Thanks to community members ruffinit & Back2kcaB for finding this deal.

Note, availability for pickup may vary by location. 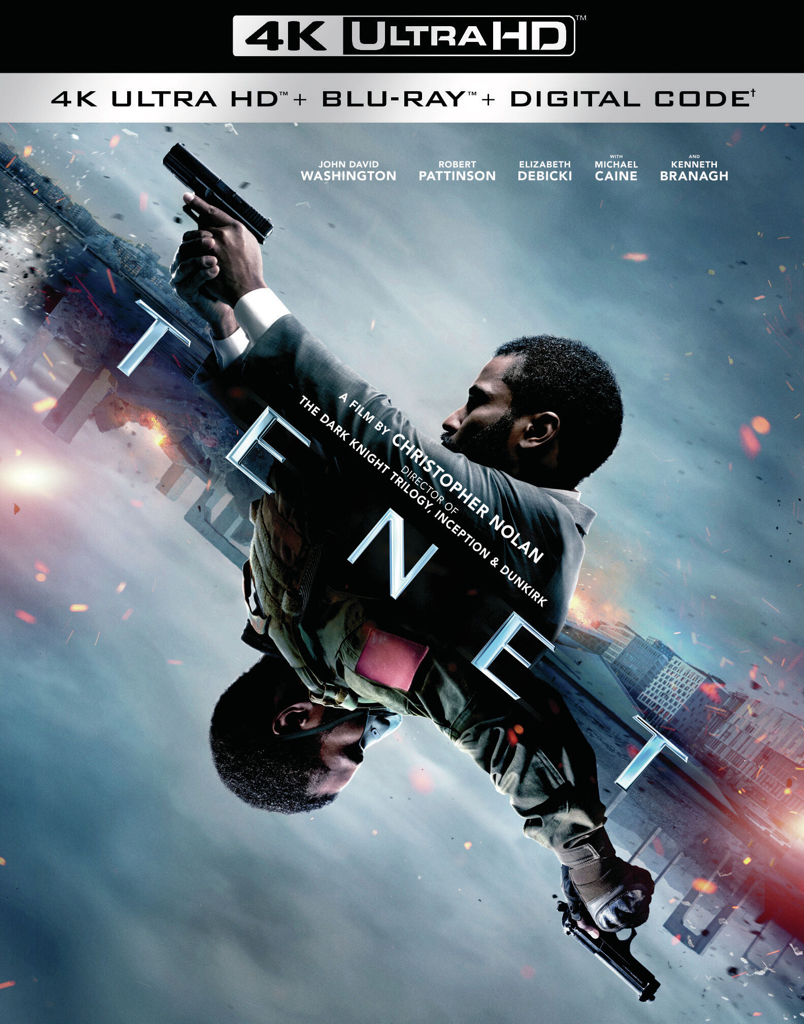 ruffinit posted this deal. Say thanks!

Lol someone sounds angry about.. something else

1
Reply
This comment has been rated as unhelpful by Slickdeals users
Joined Dec 2010
L5: Journeyman
533 Posts
54 Reputation
01-10-2021 at 09:10 AM #64
Problem with action scenes in modern movies is two fold 1) Movie plots now serve the action scenes instead of the action serving the plot or characters 2) Because the stories and characters are so forgettable there is nothing at risk in the action scenes, it's just CGI and noise, no character is vulnerable

8
Reply
This comment has been rated as unhelpful by Slickdeals users
Joined Jun 2006
Unofficial Threadkiller
929 Posts
127 Reputation
01-10-2021 at 09:10 AM #66
I can't answer because I haven't seen Tenet yet but I love Primer and have watched it 5+ times. I still don't understand it 100% but that's what keeps drawing me to it, hoping as i age i will catch something i didn't before to help it make more sense.

Thanks for bringing it up because I haven't seen it in a while.

This comment has been rated as unhelpful by Slickdeals users
Joined May 2005
L2: Beginner
58 Posts
29 Reputation
01-10-2021 at 09:10 AM #68
If you're coming to this movie for the time travel aspect, you're gonna have a bad time. Primer was just a different level of film.

This movie is certainly not bad as many make it out to seem but it isn't all that great either. For a Nolan experience I was hoping for more Inception and Memento but that was my own fault for building it up.

Definitely worth a watch if you're a fan of Nolan or you're ready for a mind puzzle!

1
Reply
This comment has been rated as unhelpful by Slickdeals users
Joined Feb 2017
L4: Apprentice
427 Posts
102 Reputation
01-10-2021 at 09:18 AM #69
Agreed with some above in this movie is quite something to behold. Not many people will get it the first watch. I had to read an article afterward to understand it better (see below, warning SPOILERS).

I watched this on UHD via PS5 on my C9 OLED, and I was blown away. I have never seen a picture so clear in my life. The scenes in Italy were astonishing.

Btw, this movie isn't about time travel as others have mentioned. Not in the sense which you are used to. The article explains it.

3
Reply
This comment has been rated as unhelpful by Slickdeals users
Joined Mar 2010
L5: Journeyman
624 Posts
105 Reputation
01-10-2021 at 09:23 AM #71
To all the detractors... you really have to watch the movie more than once for it to really click.
This isnt really a time travel movie in the sense we are used to and I think that is what throws ppl off.
Its ppl and objects moving backwards in time. Walking backwards, taking in reverse, catching a ball before its thrown.

I actually watched it again last night (4th time) and each time I watch it I come away understanding more and more. Its not for everyone that's for sure. Many ppl dont like to think too hard when watching a movie. But like most fine art you will appreciate it the more you look at it and it will grow on you.

As one of the characters said in the movie..."Don't get on the chopper if you can't stop thinking in linear terms."

2
Reply
This comment has been rated as unhelpful by Slickdeals users
Joined Aug 2011
L3: Novice
194 Posts
58 Reputation
01-10-2021 at 09:31 AM #73
I consider myself a Nolan fanboy, and I say only watch this film if you want to say you've seen it, and you're also a Nolan fan. This film is the boiling-down of all of his worst tendencies as a filmmaker and director. Concept over character, convoluted plot, unclear rules, strange sound mixing. The cinematography and score are fantastic as usual, even minus Zimmer, but unlike most of Nolan's past work, you're not being taken on a fantastic ride, that allows you overlook/handwave most criticisms, you are being ridden over, with only pretty windowdressing to fall back on. Don't even get me started on the

(Possible spoiler alert, even though it doesn't even make a lick of sense)

BS about a certain character being another character in the film, but having "reversed entropy" long enough to help "The Protagonist".

The entire "final battle" is a mess, none of the forwards/backwards interactions make much sense, rules apply in regard to reverse entropy, but only if it's convenient/cool-looking. Not even an expert like Nolan can save this movie from collapsing in on itself.

Also, you basically HAVE to watch the movie with subtitles on if you want to understand anything anyone says. What a trainwreck.

This comment has been rated as unhelpful by Slickdeals users
Joined Apr 2010
Pug Power
375 Posts
50 Reputation
01-10-2021 at 09:42 AM #75
I'm literally taking a break from watching TENET right now, and this may be the worst mixed sound of any movie. I had to "rewind" multiple scenes to go back and understand what the characters are saying.

I'm going to turn on the subtitles, which is not normal for a movie in English!

And yes, I can see why watching it once is not enough. Plus, some of the scenes are truly incredible.

Long Lost 'Star Wars: Detours' Show Reportedly Coming to Disney+ in May
Copy Code & Open Site More Deals from
Did this coupon
work for you?
Copy
Link Copied to Clipboard