Thanks to community member dangerousbri for finding this deal.

Note, must login to your Costco account with an active membership. 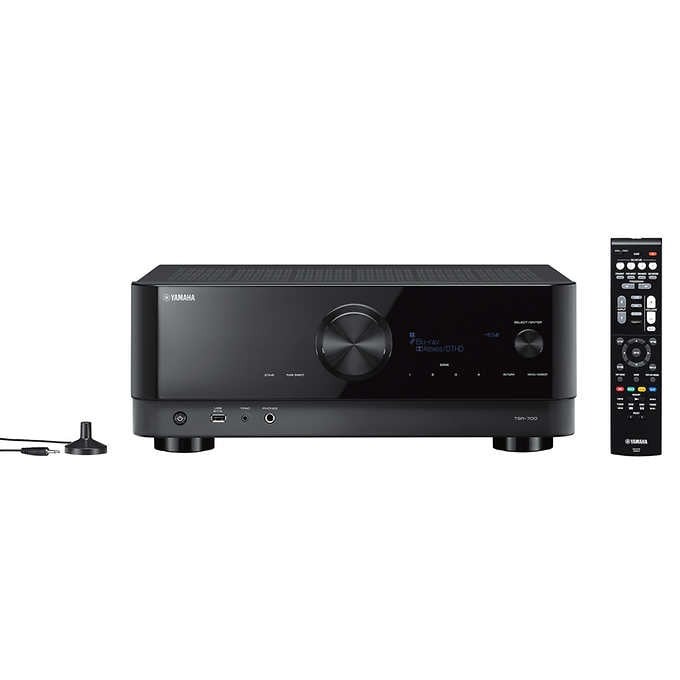 dangerousbri posted this deal. Say thanks!

Written by Edited January 25, 2021 at 11:10 PM by
Part of the Big Game Savings Flyer. Until 2/7 Previous front page deal at this price. Must be a Costco member. Currently available in store only. Call your local warehouse or 1-800-774-2678
Call Monday to Friday, 6am to 6pm PT
Call Saturday to Sunday, 8am to 5pm PT to check local availability. I saw in warehouse this weekend.

Future firmware updates to get all the features working. Check the November thread to see issues and answers. https://slickdeals.net/f/14594275-costco-members-yamaha-tsr-700-7-1-channel-network-a-v-receiver-330-free-shipping?src=SiteSearchV2_SearchBarV2Algo

Add Comment
Reply
in Receivers (15) Get Costco Wholesale Coupons
If you purchase something through a post on our site, Slickdeals may get a small share of the sale.

Last Edited by dealpapa January 17, 2021 at 01:13 PM
There is no return window for receivers with Costco. Receivers are excluded in the 90-day return window that applies to other electronics.
Link to this Wiki

0
Reply
This comment has been rated as unhelpful by Slickdeals users
Joined Jan 2011
L2: Beginner
82 Posts
40 Reputation
01-13-2021 at 06:34 PM #81
Got this during the last sale and it's been good so far. I have PS5, Xbox Series X, and PC hooked up directly to a C9 OLED running back to the receiver via eARC. I also have a Switch plugged into the receiver and no issues with it either.

Hopefully they'll eventually iron out the connectivity issues and I can just plug everything into the receiver but this works fine for now.

Good control over it too between the MusicCast App and web interface.

Even with the issues it's still very hard to beat this price point for what it offers IMO.

1
Reply
This comment has been rated as unhelpful by Slickdeals users
Joined Nov 2010
L1: Learner
11 Posts
42 Reputation
01-13-2021 at 11:59 PM #88
I got this a week ago and found out that it will not play DV content back at all on any streaming service or through plex. Contacted Costco concierge basically no help then they transferred me to Yamaha where my case was forwarded to level 2 haven't heard back since so yeah. I may return mine as well.

With These Verizon Fios Incentives, It’s Time to Ditch the DSL

12 Free Mobile Games that Are Actually Worth Your Time

T-Mobile is Giving Customers Discounted YouTube TV for a Year

How To Save HUNDREDS on Xbox's Game Pass Ultimate

13 Tech Deals We're Cashing in On This Week
Copy Code & Open Site More Deals from
Did this coupon
work for you?
Copy
Link Copied to Clipboard