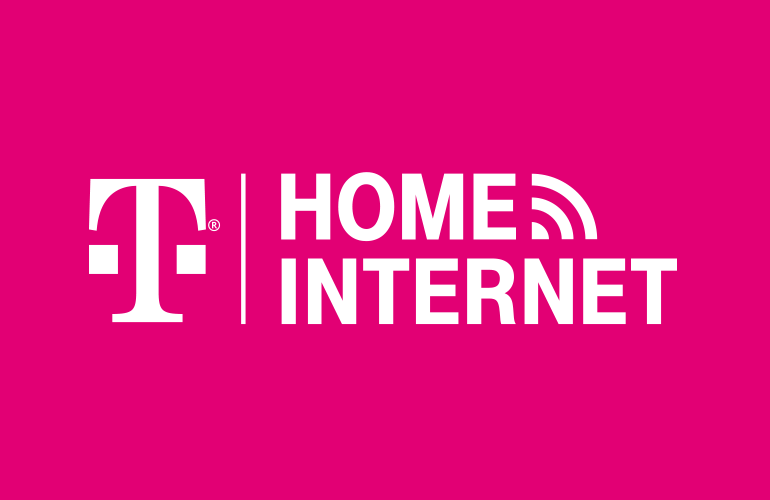 vkitchai posted this deal. Say thanks!
Add Comment
Reply
Created 01-12-2021 at 09:58 PM by vkitchai
in Services Get T-Mobile Coupons
If you purchase something through a post on our site, Slickdeals may get a small share of the sale.
Deal
Score +19
44,392 Views
$50.00
See Deal

This is the best thing available in my area. I live in a rural mountain town in an area with about 30 people per square mile. I used to have DSL and I was getting about 3 Mbps down and 0.6 Mbps up. I am just beyond the reach of Spectrum, so that isn't an option. Luckily, there is a T-Mobile tower here.

I was just using our phones as hotspots. I added T-Mobile One Plus International back when it was available because it was $25/mo per line for unlimited hotspot. However, they can throttle that after 50GB. So I was thrilled when I could get 4G LTE Home Internet without a cap.

Now I get about 25 Mbps down and 22 Mbps up without a cap. Whereas it was tough to stream a full movie without the thing freezing up before, all of my various devices (laptops, tablets, Google Home, Google Minis, Apple TV, etc) work smoothly now. That just wasn't possible for me before.

I did have an issue on weekends on May and June this year where service crept down to unusable (like literally getting 0 Mbps down). Customer service "sent a tech" to the tower who confirmed all was well, but it wasn't. I also had problems with our phones on those weekends. They eventually played it off as congestion, but in an area with 30 people per square mile, that wasn't it. I don't know what caused the problem. Luckily, it resolved itself.

But the big con is that after they supposedly sent a tech to the tower, there was nothing more they could do. Unlike my old DSL service, T-Mobile has no mechanism to send a tech to the house to show someone that stuff isn't working. They basically just threw their hands up verbally over the phone and said that it must be congestion and should get better in a couple of days. In each case, it did get better in a couple of days, but that was no less annoying for the days when we had issues.

For me, despite the hiccups over the summer, this service has been incredible. It has otherwise been reliable and provides much better speed than I could otherwise get where I live. I now have a couple of different 5G phones and one gets 5G service at home while the other doesn't, so I know I'm on the edge of 5G coverage. I'm hopeful that there will come a time in the future when I can get the home internet on 5G, but in the meantime this service has been excellent and has helped us stay under the throttle cap on the mobile hotspot.


The next day a got a call from Tmobile, and they asked me if i would like to try out their unlimited internet. I did order the service and now see it in my existing tmobile (mobile) account as ordered and equipment on the way.


Im currently on cox internet and if i get decent speed from tmobile internet, i will switch, as i've been unhappy with cox service with intermittent speed at almost double the cost and for some reason there's an outage here in our area at least once a month

0
Reply
This comment has been rated as unhelpful by Slickdeals users
Joined Jan 2013
L3: Novice
126 Posts
43 Reputation
01-17-2021 at 09:20 AM #54
Not that it's your specific situation, but there've been localized outages everywhere as T-Mobile aggressively consolidates the Sprint infrastructure...you can google around to see. They've been upgrading/migrating/consolidating something like 50k towers per month since the merger was approved.

If anyone has both internet and a TMo 5g network it'd be an easy check to see if both devices have similar outages during the same period after which (perhaps) the 5G device is getting faster speeds.

0
Reply
This comment has been rated as unhelpful by Slickdeals users
Joined Nov 2006
L6: Expert
1,670 Posts
172 Reputation
01-17-2021 at 09:53 AM #55
Is there an ethernet port or is it strictly wireless? I need another failover isp since I dumped Spectrum but the price may be a stumbling block.

Edit: Guess I should have read the whole thread before asking...

0
Reply
This comment has been rated as unhelpful by Slickdeals users
Joined Oct 2011
L9: Master
4,474 Posts
1,469 Reputation
01-18-2021 at 07:30 AM #57
This very well could have been the reason. I had purchased the One Plus 8 5G right around the time of the outages. I didn't get 5G in my house (I knew from the coverage map that the line was close, but it wasn't quite all the way to my house -- I could get it far out in the yard, that's how close it was). After the outages (which absolutely affected our T-Mobile phones as well), I suddenly got full 5G on the One Plus phone in the house. I have since bought a Pixel 4a 5G and that phone apparently doesn't have a strong enough antennae to get 5G at home. It only gets LTE at home.

This comment has been rated as unhelpful by Slickdeals users
Joined Nov 2019
VIP Member
5,125 Posts
235 Reputation
01-18-2021 at 09:08 AM #60
i dont think so. unless you said $10 extra on top of your (overpriced) comcast TV services. there is no such $10 standalone internet only plan, even with the best negotiated available.