Thanks to community member Galen_Erso for finding this deal. 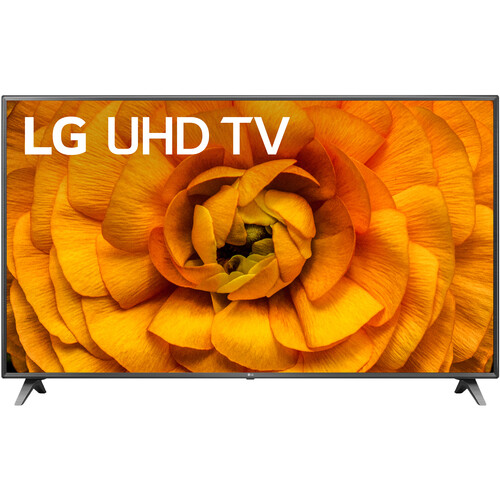 Galen_Erso posted this deal. Say thanks!

Rtings dropped the ball on the value of this tv, for its size and gaming input lag, and resolutions supported + price point.

Now I'll be ready for the series X, ps4 pro, gaming video cards, etc with 120hz input @ 4k displayed natively whenever I get the source content.

And a reputable brand (been scared to buy a vizio M/P/PQ...) . Plus Costco warranty/return policy...for gaming/ganers, its like this tv was built with that in mind 1st and foremost.


Add Comment
Reply
in 4K TVs (5) Get Costco Wholesale Coupons
If you purchase something through a post on our site, Slickdeals may get a small share of the sale.

This comment has been rated as unhelpful by Slickdeals users
Joined Jul 2020
L2: Beginner
39 Posts
Pro

now that Im seeing LG Ad's not mentioning those features anymore . Where before they said "may not be availabke at time purchase, will be added later vis FW update"....and explicitly listed VRR and Freesync on these same ads.

I still like it as a decent 75" gaming cenric tv for the price that will still perform fairly well with xbox one x / series x / s —- but the real solid next gen gaming tv's are at least 2021 models if not further out.

and including OLED's (they suffer from major issues with VRR, or they did ) so dont think those
Are immune..,quite the comtrary i believe...

6
Reply
This comment has been rated as unhelpful by Slickdeals users
Joined May 2016
New User
5 Posts
10 Reputation
01-15-2021 at 03:33 PM #41
Qled will definitely look better, does the refresh matter more to you? Id wait and get an oled when they become more available. They just look so much better

This comment has been rated as unhelpful by Slickdeals users
Joined Aug 2018
New User
6 Posts
10 Reputation
01-15-2021 at 04:46 PM #45
We bought this TV during BF. The picture was ok and we liked it. After a few weeks the WIFI started randomly disconnecting and you couldn't connect to the internet without a full TV reset. After troubleshooting with the concierge service they sent me to LG customer service. LG couldn't fix it and they were going to send a technician. Then the TV volume wouldn't work, again randomly it would go mute and you would have to power cycle the TV to fix it. At that point I contacted costco.com to come get the TV.

They came picked up my TV on 12/22/2020 and I have yet to receive my refund. I'll never buy anything again from Costco that I can't personally take to the store myself to return it.

My TV was a lemon and the delivery guys that picked it up said they've seen a bunch of those getting returned. But if you get a good one and don't have to deal with COSTCO returns, then you should be fine.