Thanks to community member jeeden for finding this deal.
Key Features: 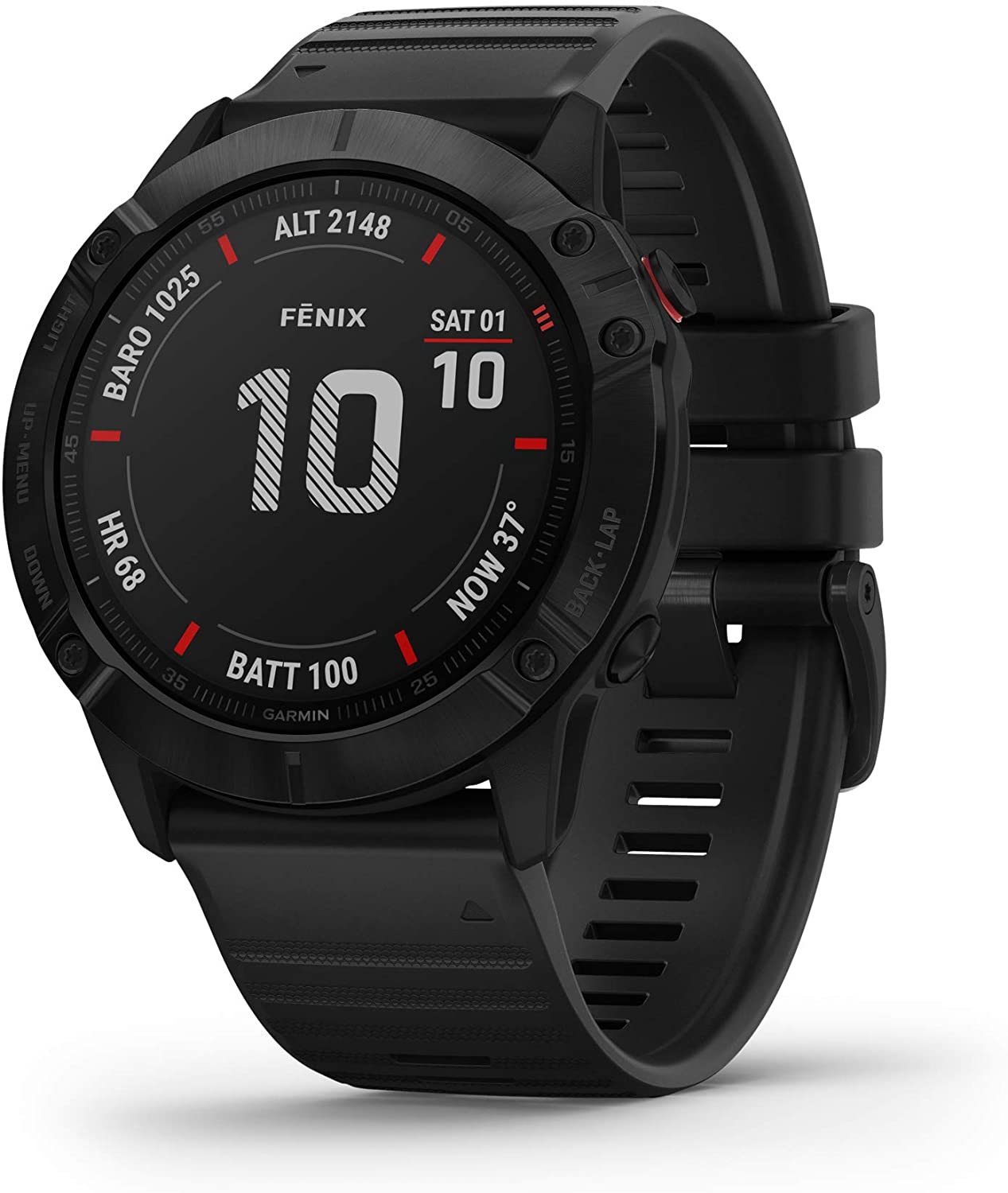 jeeden posted this deal. Say thanks!

Written by Edited January 21, 2021 at 02:54 PM by
Really good price for larger face Garmin pro watch. actually lower than the regular Garmin Pro for most stores. was able to price match through chat with best buy soni could use my Amex deal.

Add Comment
Reply
in Smart Watches & Wearables (10)
If you purchase something through a post on our site, Slickdeals may get a small share of the sale.

0
Reply
This comment has been rated as unhelpful by Slickdeals users
Joined Nov 2011
L2: Beginner
55 Posts
56 Reputation
01-20-2021 at 08:22 AM #47
Going through the comments regarding the sapphire lens, something that hasn't been mentioned is that the sapphire lens makes the screen duller than regular screens. So if you are accident prone, then get the sapphire w/ DLC no question. However, if you are typically careful and not accident prone and will not get heart broken about scuffmarks here and there over time, consider the non-sapphire version for a slightly more vibrant screen.

Of course, the "slightly more vibrant screen" is no comparison to the OLED screens of Garmin Venu / Galaxy / and Apple.

For those that are interested in Solar, sapphire is not an option because the charging glass face had to be treated/manufactured differently. Garmin says the Solar glass is treated w/ protective coating (blah blah blah), but it is very unlikely any consumer coating is going to beat the hardness of sapphire glass at this point.

Having said all that, as a fellow slickdealer, I buy what is most on sale

0
Reply
This comment has been rated as unhelpful by Slickdeals users
Joined Apr 2005
L3: Novice
156 Posts
59 Reputation
01-20-2021 at 10:19 AM #48
I've had the 6x pro for about 6 months and am pretty nice to it. I try not to hit it on things, but I have. The glass still looks perfect, and the bezel looks good, but I do see how the edge of bezel might be starting to get worn from clothes and such.

I didn't think the sapphire was worth the extra. Sure it's better (and all of my analog watches are sapphire), but this is a smart watch. I figured by the time it looks too scratched up, it would be time for an upgrade anyway.

0
Reply
This comment has been rated as unhelpful by Slickdeals users
Joined Aug 2016
L2: Beginner
43 Posts
10 Reputation
01-20-2021 at 11:23 AM #49
Hello SD community! i have concerns trying to decide between Garmin Fenix 6 series or wait the Garmin Marq series to go on sale, these Fenix 6 are really nice watches but Marqs are great too.. so advice or recommendations for this confused and hard thinker slickdealer?

3
Reply
This comment has been rated as unhelpful by Slickdeals users
Joined Aug 2010
Lvl 9 Wizard
911 Posts
476 Reputation
01-20-2021 at 11:52 AM #51
I would buy if it was at least partly android. Esp google assistant. Keep thinking the next one will be, but they are doggedly doing their own ecosystem. I remember it being really bad a few models back. Anything improved on that front?

even if it could just access Google Assistant through my phone...

0
Reply
This comment has been rated as unhelpful by Slickdeals users
Joined Nov 2011
L2: Beginner
55 Posts
56 Reputation
01-20-2021 at 11:58 AM #52
The MARQ series are marketed as luxury watches, so they are made of better quality material, and depending on the line of MARQ you choose, they can have very specific functionality that is not found in Fenix 6, but those functionality will only be useful to you if you are a diver, driver, pilot, golfer, or driving through Africa.

Fenix 6 is more jack of all trades, where while it will lack specific functionality of the MARQ lines, it is packed with more functionality than most will ever get to.
Currently there is no MARQ line that will give you everything.

As the MARQ line started before Fenix 6, it is actually an older platform that shares more hardware similarities with Fenix 5X Sapphire as I understand it, so some MARQ series will actually lack some functionality that is available from Fenix 6. Having said that, Garmin is trying to maintain the value and luxury image of the MARQ line, so they have actually promised updates to the older MARQ variants that will close the gap between them and Fenix 6X Pro.

I expect the MARQ line to be never as affordable as an equivalent Fenix line even when it becomes on sale due to it being an older model.

If luxury and branding is important to you, and/or the specific functionality you want is not available on the Fenix 6, get the MARQ.
If you are a value shopper that focus more on functionality, then get the Fenix 6.

Both are very good all around performance tracking active wear watches!

This comment has been rated as unhelpful by Slickdeals users
Joined Aug 2016
L2: Beginner
43 Posts
10 Reputation
01-20-2021 at 12:04 PM #53
Wow! thank you for kindly taking time to remark those very well detailed points. I've decided to stay in Fenix series

- The "Miles" app - install it and search for Garmin.
- Your health insurance - most have a 20% discount for Garmin.
- Employee discounts/perks from your work.

0
Reply
This comment has been rated as unhelpful by Slickdeals users
Joined Aug 2011
L3: Novice
262 Posts
111 Reputation
01-20-2021 at 05:45 PM #59
Thank you for that well reasoned critique. Your citing of sources and empirical evidence indicate that you clearly know what you're talking about. Thank you.

Amazon Has the Apple Watch Deals You've Been Looking for: Find Discounts on Series 6, SE and More

What's the Most Unbreakable Smartphone of 2021?
Copy Code & Open Site More Deals from
Did this coupon
work for you?
Copy
Link Copied to Clipboard