Slickdeals Forums Deal Talk Moto G7 Plus GSM version Unlocked with 64Gb for $120 with FS at Motorola - $120
Advanced Search
Sorry, this deal has expired. Get notified of deals like this in the future. Add Deal Alert for this Item
Popular Deal

All-day battery with 27W TurboPower
Go all day on a single charge, and get 12 hours of power in just 15 minutes.

6.2" Full HD+ Max Vision display
Immerse yourself with ultrawide views on a 6.2" Full HD+ display with a 19:9 aspect ratio.

Speed
Experience the power of an octa-core Qualcomm® Snapdragon™ processor in everything you do. 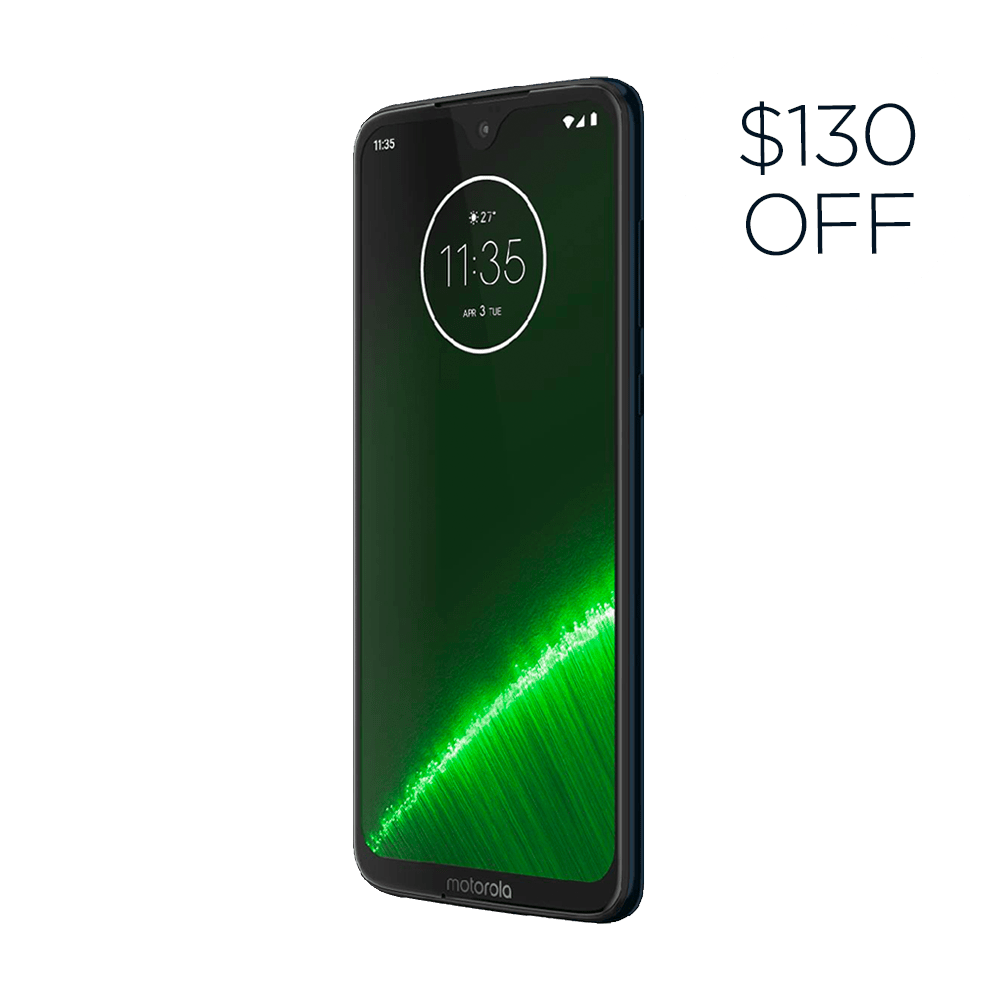 Tuxedo1 posted this deal. Say thanks!
Add Comment
Reply
in Smartphones (5) Get Motorola Store Coupons
If you purchase something through a post on our site, Slickdeals may get a small share of the sale.

Other MVNOs on Verizon's network
Not supported || 0

Other MVNOs on AT&T network
Not supported || 0

Other MVNOs on TMO network
Not supported || 0

This comment has been rated as unhelpful by Slickdeals users
Joined Nov 2013
L5: Journeyman
840 Posts
232 Reputation
01-20-2021 at 05:14 AM #46
It has the bands to support Verizon but I don't think it will be easy to get it working on a Verizon MVNO. The Verizon IMEI checker denies this phone. I tried to put a post-paid active Verizon sim in this phone and it failed.

I am not an expert but I think it is a bit more complicated than that. I think Verizon is no longer supporting CDMA-only phones and that they are beginning to dismantle their CMDA network. However, from what I read, I still think they are activating devices with support for both CDMA and GSM/LTE unless the device is LTE-only. However, since this phone isn't supported by Verizon, you would need to manually get them to add the IMEI and do a CDMA-less activation. I think that would be hard to arrange through an mvno like Straight Talk. I have no way to test this but I suspect if you had a SIM that had been activated CDMA-less in another phone and transferred it into this device it would probably work.

In summary, it is theoretically possible to get this to work on the Verizon network but it may not be easy.

The reason this doesn't work on Verizon isn't because it lacks CMDA.

I bought this case for it and it absolutely fits the phone perfectly.

When I bought it from this listing and seller it was $7.95 with free shipping.
This seller has been steadily raising the price every few days.

But this case absolutely fits this weirdo phone with the oval camera cutout.

This phone is so slippery that I wasn't going to let it out of the house without a protective case.

Been contemplating an upgrade but not finding much to motivate me to do so at the sub $200 price point.

If only it had Qi wireless charging and was slightly cheaper.

This comment has been rated as unhelpful by Slickdeals users
Joined Mar 2016
Beginner
284 Posts
51 Reputation
01-20-2021 at 10:32 AM #53
I kept hearing that the battery issues and I confirmed it once I received it. The battery doesn't last too long.

0
Reply
This comment has been rated as unhelpful by Slickdeals users
Joined Feb 2012
L3: Novice
294 Posts
170 Reputation
01-20-2021 at 09:02 PM #56
Scroll down to the image gallery, and you'll see them actually point out which phone it's compatible with and ones it's not. The one they say is shows the oval.

0
Reply
This comment has been rated as unhelpful by Slickdeals users
Joined Jul 2007
L2: Beginner
81 Posts
39 Reputation
01-21-2021 at 05:51 AM #57
I bought one of these on Amazon when they had the promo going and I'm not going to use it. Good way to offload this? I don't want to return it and risk some sort of clawback of the rebate through Amazon.

0
Reply
This comment has been rated as unhelpful by Slickdeals users
Joined Feb 2012
L10: Grand Master
6,228 Posts
909 Reputation
01-21-2021 at 06:03 AM #58
Looks like this G7 Plus will still work on At&t next year but it would still be a good idea to run it through the device checker. At&t started cracking down on what phones they will activate two days ago.
https://www.att.com/ecms/dam/att/...etwork.pdf

This comment has been rated as unhelpful by Slickdeals users
Joined Feb 2012
L10: Grand Master
6,228 Posts
909 Reputation
01-21-2021 at 06:42 AM #60
Thinking about having an elderly friend order this G7 Plus to replace her Huawei Mate SE which will stop working on At&t Prepaid next year. Kinda hesitant because of battery life reports and the fact that she's used to the Mate SE's strong battery. I'm thinking the unlocked G8 Power for $145.00 at Bestbuy may be better for her. BB has that Tracfone/Simple Mobile $100.00 off an unlocked phone deal going right now.