Note: Be sure to select the '4K UHD' option. All films are Movies Anywhere (MA) compatible.

Thanks to Deal Editor Discombobulated for finding this deal. 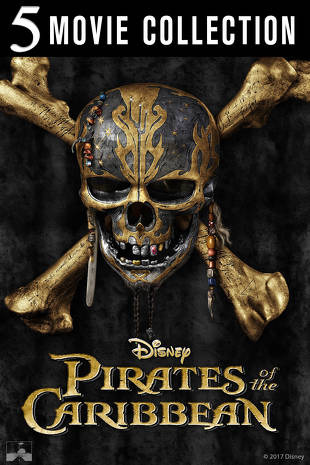 Note
, be to select the '4K UHD' option. All films are Movies Anywhere (MA) compatible

Since all digital storefront (iTunes, VUDU, MS Store, Amazon, etc) are selling each film for $4.99/each, for those that prefer to buy the entire bundle, save $5 here

Add Comment
Reply
in Digital Movie Download & Streaming (10) Get FandangoNOW Coupons
If you purchase something through a post on our site, Slickdeals may get a small share of the sale.
Deal
Score +166
28,197 Views
$20
See Deal

Is there a way to contact them if it doesnt work?

Scroll to the bottom for the email or chat help.

0
Reply
This comment has been rated as unhelpful by Slickdeals users
Joined Dec 2005
L5: Journeyman
952 Posts
582 Reputation
01-19-2021 at 11:53 AM #70
Any idea when Disney is releasing these on 4K disc? Disney is dragging their feet awfully long for 4K disc releases of their Pirates of the Caribbean and Indiana Jones franchises.

0
Reply
This comment has been rated as unhelpful by Slickdeals users
Joined Jan 2011
L2: Beginner
35 Posts
14 Reputation
01-19-2021 at 12:05 PM #72
This is important, you must have DMI linked to Movies Anywhere to get any points. I had linked to fandango only and didn't get any points. DMI customer service did not help.

Oddly enough, while checking MA recently, I also saw that my fandango account had become disconnected from MA but I just checked and I was not charged for anything.

Also, fandango reinstated their account after they contacted CS and all charges were refunded so all in all, it was no loss to that person. I would assume some people became alarmed at the use of the word "fraudulent" but that word was likely used only because the OP there said that they did not authorize those transactions, so whether it was a glitch, user error, or a hacked account (for whatever reason), it would still be considered a fraudulent transaction.

FYI Fandango owns Vudu as well. I don't think a situation that is probably some kind of website glitch is worth cancelling accounts over.

How do you get the DMI points? Saw someone mention that 2000 gets you 6 months of D+ but I'm honestly not very familiar with Disney, I only just got D+ from Verizon.