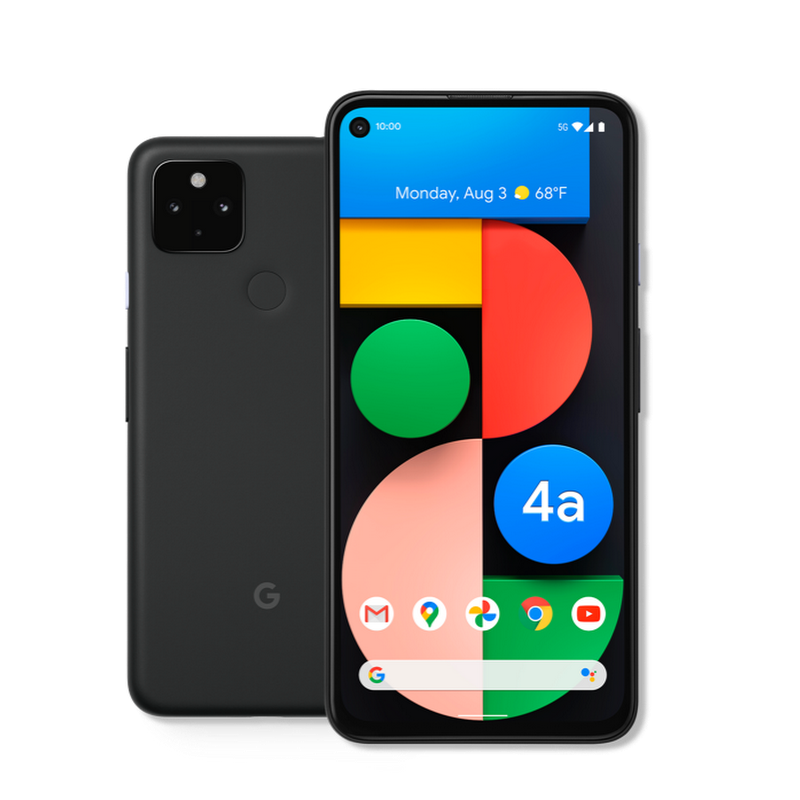 JayRob90 posted this deal. Say thanks!
Add Comment
Reply
in Smartphones (11)
If you purchase something through a post on our site, Slickdeals may get a small share of the sale.

This comment has been rated as unhelpful by Slickdeals users
Joined Jan 2021
L1: Learner
1 Posts
01-19-2021 at 09:03 PM #2
Yes have to stick for 90 days so you are looking at another $55 ish in service costs if you use a referral. Not bad but was much better when they had the enhanced trade in values as well.

5
Reply
This comment has been rated as unhelpful by Slickdeals users
Joined Jul 2008
L2: Beginner
57 Posts
25 Reputation
01-20-2021 at 07:12 AM #5
Do some homework before jumping in with this. Bought this for the wife in December, and reception and performance is miserable - major downgrde from her pixel 2. Will be looking to replace with pixel 5 via customer satisfaction route with google.

Our experience might be related to the area in which we live, but just wanted to pass this along. Had I known before purchasing, I would have gone a different route.

01-20-2021 at 07:23 AM #7
I had fi for a few years and the coverage was bad, much worse than regular postpaid US cellular. They advertise that you get several networks and it switches between them. What they don't tell you is that you don't get all the same coverage as regular customers on those networks - agreements vary by region. And their coverage maps are not accurate, worse than normal carrier optimistic maps. I got 4G coverage in some regions only marked 3G and absolutely no coverage in other areas clearly within 3G range.

0
Reply
This comment has been rated as unhelpful by Slickdeals users
Joined Aug 2011
L1: Learner
81 Posts
14 Reputation
01-20-2021 at 10:08 AM #8
Call quality is good for me using Fi. T-Mobile bands used here in UT without issue. However, he is right, data is expensive relative to other MVNOs like Mint Mobile who also runs off of T-Mobile.

0
Reply
This comment has been rated as unhelpful by Slickdeals users
Joined Dec 2009
L2: Beginner
82 Posts
22 Reputation
01-20-2021 at 11:59 AM #10
Google fi service seems to get a lot of flack on SD, but I think these are just people who don't know any better. I've used it ALL, and I really love google fi (with a couple of exceptions). They're an incredible value, but some people won't need what they offer and can get a service that works better for them elsewhere. Some things to note:
• If you use a lot of cellular data, this isn't likely a good service for you (unless you travel overseas often).
• If you're in an area where one of the supported providers (T-mobile, Sprint, US Cellular) aren't good, then this isn't the right plan for you. As someone else pointed out, if you're in an area where those providers roam, this may not work for you either. Ideally, you should be signing up with the local provider themselves and not US Cellular/T-Mobile/Sprint.
• Sprint service is generally awful, and google fi used to switch to it for me even if t-mobile service was available. I hated that. I don't know if that's been fixed, I don't travel like I used to and haven't had the problem.
I think this is an exceptional plan in the era of covid. Most people are home or in a single location more often, so you end up using wifi for data most of the time. My bill now is regularly in the low $20 to $30 range. I've had consistently cheap service with other MVNO's, but they never roamed as well as Fi does (they do have some roaming agreements, unlike other MVNO's). On rare occasion, I chew up a bunch of data off-site, but the occasional higher bill isn't a big deal when you consider the overall average.

0
Reply
This comment has been rated as unhelpful by Slickdeals users
Joined Nov 2005
L5: Journeyman
925 Posts
171 Reputation
01-20-2021 at 12:59 PM #12
They had a similar deal around Black Friday, except that only required 60 days of service, and there was an offer of good trade in values. The latter was mixed results - I got what I was promised but others got the shaft. So this deal costs about another $25 more (for an extra month of Fi).

I've now had the phone for about 51 days and I'm fine with it -- I was able to trade in an S9+ for basically an even trade (I got $375 which covered the price and some of the Fi usage). It's on par with that older phone, since its brand new and supports some new features (eSIM, etc) that my S9+ did not. So far I'm fine with it, especially since Fi comes unlocked so I can easily use it anywhere else.

4
Reply
This comment has been rated as unhelpful by Slickdeals users
Joined Jan 2009
LOST the Cloaking Machine
191 Posts
214 Reputation
01-20-2021 at 04:51 PM #14
I liked my Google Fi when I had it. The downsides are that it kept picking the wrong weak towers. I just used an app called FiSwitch which switched which towers the phone uses. Always being on T-Mobile or US Cellular worked well for me in Maine.

Galaxy Buds Live, Mystic White and Mystic Bronze with discount program (EPP)for $70 or buy it with Galaxy watch 3 for $42.50