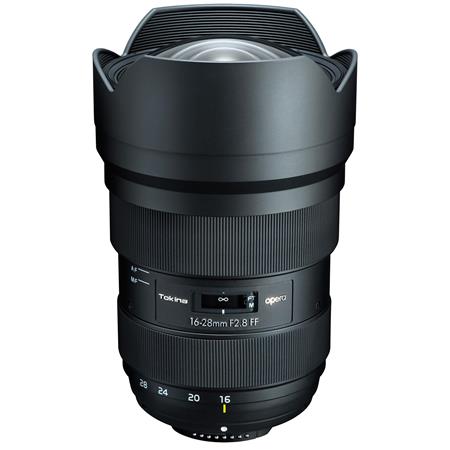 Written by Edited January 20, 2021 at 11:19 PM by
available for$529 each + free s/h
Add Comment
Reply
in Camera Lenses (6)
If you purchase something through a post on our site, Slickdeals may get a small share of the sale.

0
Reply
This comment has been rated as unhelpful by Slickdeals users
Joined Nov 2012
L5: Journeyman
879 Posts
217 Reputation
01-21-2021 at 09:07 AM #7
This is pretty tempting...getting a Canon equivalent on the wide end is pretty damn pricey, especially on the RF mount although that one goes to 15mm. Both Canons go to 35 also, but this price is really good since it's f/2.8. Anybody have this lens?

01-21-2021 at 09:35 AM #8
This is a great lens for the price. I've owned the last version for almost 10 years now. PQ is very good but main drawbacks are: 1) size and weight 2) no filter thread 3) focusing can hunt a little sometimes. It seems like the last point might have improved but the first two still remain. Also keep in mind that both Canon and Nikon are shifting their focus to mirrorless with Canon very likely discontinuing DSLR altogether. If you have a mirrorless or consider getting a mirrorless in the near future, it's better to get an RF/Z mount lens directly IMO as larger mounts have made ultrawide lenses smaller and lighter in general. Plus, last time I checked, this lens has been reported to not work with FTZ adapter albeit the old one does (I can attest with my copy)

No i am not saying it's not useful but if on a limited budget it's not the first lens i would go to.

I can't think of a wide full frame zoom that starts at 18mm. At least not for Canon, which I don't think has an 18mm prime option, even. The closest would be the 17-40mm f4, which slower, much older, and almost certainly softer than this lens.

From the Canon side of things, the EF/RF adapter has been perfect. My only RF glass is the 35mm, and Eye-AF works great on all my EF lenses on my RP.

Only issue using EF on the newest mirrorless may be that EF glass with IS may not get the additive benefits of IBIS of the R5/R6. But on a lens like this, that's not an issue.

7
Reply
This comment has been rated as unhelpful by Slickdeals users
Joined Dec 2014
Fiction-phobe
5,106 Posts
1,253 Reputation
01-21-2021 at 10:36 AM #12
Man, you guys have developmental problems? I obviously mean if you don't plan to always use this lens at 16mm then get a lens that's sharper at 18mm wide open (as an example since its an easy to find focal range that's still really wide).

That canon 14mm is expensive though.

I understand your temptation.

I hate selling my lenses that were bought new. I sold my Tokina 11-16 to get the nikon 20mm 1.8 and have always regretted it.

0
Reply
This comment has been rated as unhelpful by Slickdeals users
Joined Feb 2006
L3: Novice
269 Posts
57 Reputation
01-21-2021 at 12:21 PM #14
You're getting downvoted because you don't provide a specific alternative or examples. You just make the assertion that 18mm is generally sharper than 16mm. That may be true for theoretical lenses when everything else is equal, but isn't relevant unless you have an example of another zoom lens that starts at 18mm, is sharper, and is in the same price tier.

If you had been like: "18mm generally have better center sharpness, so skip this and spend the extra $200 on the Nikon 18-35 f4 if you don't need the extra 2mm or the extra stop" I doubt anyone would have downvoted you.
I wish. Ironically, I should have been more specific, but was too lazy to look up how to spell Yongnuo.

I don't go wide often enough to justify the Canon version, so I gambled with the Yongnuo 14mm f2.8 and I'm happy with it. The Tokina isn't that much heavier, but it's still probably less sharp since it's not a prime.

I bought the 14mm on discount, so I could probably get pretty close to what I paid for it on eBay.

0
Reply
This comment has been rated as unhelpful by Slickdeals users
Joined Oct 2013
L5: Journeyman
512 Posts
89 Reputation
01-21-2021 at 12:36 PM #15
Ive tried some yongnuo and had mixed luck with them..theyre cheap enough to try for sure and a bargain for the $. One of mine had to be reconnected intermittently to autofocus.

12 Tips and Tricks for Finding the Best Deals on eBay
Copy Code & Open Site More Deals from
Did this coupon
work for you?
Copy
Link Copied to Clipboard