Slickdeals Forums Deal Talk Tenet (Digital 4K UHD Film) $13
Advanced Search
Sorry, this deal has expired. Get notified of deals like this in the future. Add Deal Alert for this Item
Frontpage Deal

Thanks to community member duurf for finding this deal 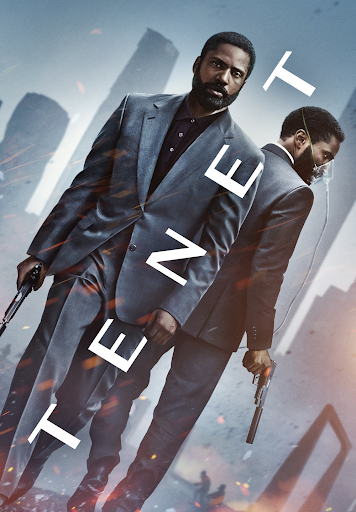 duurf posted this deal. Say thanks!

Kingsman: The Secret Service or The Golden Circle (4K UHD Digital Film) $5 Each via FandangoNow/Amazon
$5.00
34 11

Armed with only one word—Befog—

1
Reply
Last edited by quinton1978 January 22, 2021 at 06:35 AM.
This comment has been rated as unhelpful by Slickdeals users
Joined Dec 2009
L4: Apprentice
430 Posts
48 Reputation
01-22-2021 at 01:12 AM #65
I have Google play funds to throw around so I'll give it a fair shot. I can't take someone's negative opinion when it's too simple... Especially when it's about something that isn't simple at all. I usually line up with the kind of people that say it needs multiple looks.

1
Reply
Last edited by MemorableFog987 January 22, 2021 at 05:33 AM.
This comment has been rated as unhelpful by Slickdeals users
Joined Mar 2007
L5: Journeyman
654 Posts
279 Reputation
01-22-2021 at 05:53 AM #70
I was quite disappointed frankly, not what I expected from a Nolan movie. The story and storytelling aside, what bothered me a lot was the lack of consistency and continuity in the dialog scenes. When they switched camera angles during a dialog it was usually very obvious that the scene was cut from different takes (head positions, facial movements were off). There were some very obvious continuity errors that drove me nuts (e.g. the scene between the Protagonist and the Indian weapons dealer while they were she tells him about the algorithm).

0
Reply
This comment has been rated as unhelpful by Slickdeals users
Joined Aug 2011
L3: Novice
193 Posts
58 Reputation
01-22-2021 at 05:56 AM #71
I wanted to enjoy this film so much, but it was such a massive disappointment. By far, Nolan's worst film to date, and for someone who is consistently (I disagree most of the time) accused of writing concept over character, this is the first time I wholeheartedly agree. The characters are bland, the technology makes zero sense, the rules are inconsistent (a point the film itself implicitly points out to the audience to try and handwave it away), and even the overarching plot sounds downright moronic when you give it a second of thought (so the future is trying to destroy the past ... because of the environment, EYEROOOOOOOOOLL). The deal is decent, considering what I paid, but the movie is bad. Recommend waiting for cheaper.

That said the movie was super slow... I was snoring about 30 minutes in.

2
Reply
This comment has been rated as unhelpful by Slickdeals users
Joined Feb 2020
L3: Novice
204 Posts
66 Reputation
01-22-2021 at 06:28 AM #74
Crap lead actor. Dude couldnt carry this movie if is life depended on it. Nolan went to far this time. I enjoyed all his other films, this one, is crap plain and simple. If you ejoyed it, you are full of sh8t