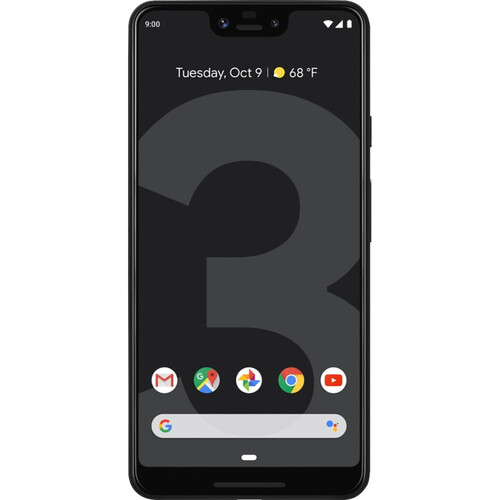 See Deal
Good deal?
You gave thanks to Wu-tangNYC for this post.
Thank you!

Wu-tangNYC posted this deal. Say thanks!
Add Comment
Reply
in Smartphones (7)
If you purchase something through a post on our site, Slickdeals may get a small share of the sale.

3
Reply
This comment has been rated as unhelpful by Slickdeals users
Joined Mar 2006
L10: Grand Master
6,004 Posts
500 Reputation
Our community has rated this post as helpful. If you agree, why not thank ?
01-21-2021 at 07:51 PM #3
Why am I so tempted by this? Hmmm. I do worry about the battery. Years old just sitting there with no activity.
iwheela

If it's been sitting unused and completely drained, considered the battery damaged.

"If a battery is stored or otherwise unused for an extended period, be sure to follow the storage instructions in this document. If you do not follow the instructions, and the battery has no charge remaining when you check it,consider it to be damaged. Do not attempt to recharge it or to use it. Replace it with a new battery."

5
Reply
This comment has been rated as unhelpful by Slickdeals users
Joined Aug 2009
All deals all day
3,615 Posts
2,098 Reputation
01-21-2021 at 09:13 PM #7
Comes with one year manufacturer (Google) warranty according to the Q&A. Should be plenty of time to detect a faulty battery and have it replaced.

0
Reply
This comment has been rated as unhelpful by Slickdeals users
Joined Nov 2015
L5: Journeyman
614 Posts
177 Reputation
01-21-2021 at 10:26 PM #10
P3XL was a great phone 2 years ago. Now it is kinda old. I recently upgraded or moved to Samsung S20 5G. It is a lot faster than P3XL. However, P3XL still has better fingerprint scanner, wider screen and nicer Google OS. I don't know why Samsung wants to mess with Google's operating system. It is much better than what Samsung can do. Very stupid. If Samsung can widen the screen of S20 5G a bit and use a physical fingerprint scanner and please save itself some money to use Google's OS, it would be a perfect phone.

0
Reply
This comment has been rated as unhelpful by Slickdeals users
Joined Oct 2005
L3: Novice
204 Posts
47 Reputation
01-21-2021 at 11:23 PM #11
Stop closing apps all the time like that. It actually uses more battery. The reason is that when you kill the app all you're doing is making the phone do work to close out the program and then do more work the next time you open it because it has to load from storage into RAM again and do all the initial app start-up stuff like connect to a service over the internet.

Apps should only be closed in rare cases where the app is really bad and not using android's API's well because its using battery in the background, which is to say sketchy apps that are probably spying on you.

1
Reply
This comment has been rated as unhelpful by Slickdeals users
Joined Jan 2021
New User
2 Posts
10 Reputation
01-21-2021 at 11:33 PM #12
I think a lot of people would want that (miss the Nexus days), flagship Samsung hardware with pure Android but Samsung has had way too much success doing their own thing to change it. Significantly more success than Google in fact. Atleast they compromised a little bit, and said they would stop developing extra things like Bixby and just use Google's stuff for obvious reasons.

Rockler has the Bessey REVO Parallel Clamp/Framing Kit on sale for $189.95 with free shipping for new members