Slickdeals Forums Deal Talk Zombie Army Trilogy for PS4 on sale at Playstation Store for $5.00
Advanced Search
Sorry, this deal has expired. Get notified of deals like this in the future. Add Deal Alert for this Item
Frontpage Deal

Thanks to community member Switchblades for finding this deal. 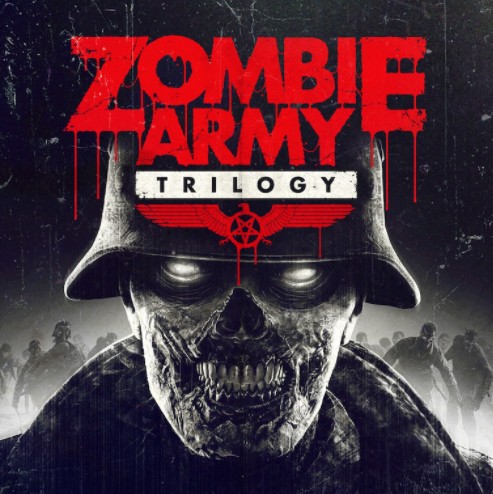 Switchblades posted this deal. Say thanks!

Written by Edited January 27, 2021 at 10:05 AM by
There's a ton of games in the current "Under $20" sale on the Playstation store. Unless you have a complete list, it's easy to miss seeing the good ones that are available. Zombie Army 4 is on sale too but Zombie Army Trilogy is only $5.00 so of course it's worth grabbing. Any day is a good day for shooting zombies!

Add Comment
Reply
in PS4 (4) Get Playstation Store Coupons
If you purchase something through a post on our site, Slickdeals may get a small share of the sale.

0
Reply
This comment has been rated as unhelpful by Slickdeals users
Joined Nov 2017
L3: Novice
152 Posts
18 Reputation
01-26-2021 at 11:41 AM #33
I'll probably end up getting the Switch eventually for party games and Mario Kart. I still have my Wii hooked up for when the parents come to visit, I agree Nintendo is good for all ages. I think the console (Switch) itself is great, I've just lost interest in Nintendo and their games over the years. I'm no graphics whore or PC elitist, Nintendo just doesn't appeal to me anymore. Octopath Traveler is one of the few games I'm interested in trying, but I can play that on PC now. I'm not much of a fan of Mario, Zelda or Pokemon, but I do love me some Kirby. I'd like to see more JRPG's on the Switch that can't be found on other consoles, and less platforming games. It'll get a chance eventually though. Now sorry for my ramblings! Lol

0
Reply
This comment has been rated as unhelpful by Slickdeals users
Joined Nov 2017
L3: Novice
126 Posts
54 Reputation
01-26-2021 at 11:58 AM #35
This has to do with hardware and development issues. Not a dev but have heard this before so will try to explain the best I can. Example, Diablo 3 is couch co-op but all the players are on the same screen. For this game, it would be a split screen so the hardware has to then has to render two versions of the same game at the same time.

0
Reply
This comment has been rated as unhelpful by Slickdeals users
Joined Nov 2017
L3: Novice
152 Posts
18 Reputation
01-26-2021 at 02:12 PM #37
I understand that. It's harder to implement, but still doable. I'm fine with the game being graphically downgraded just to include couch co-op.

Edit: Seems to be a Firefox problem for me. Went to the PS store in Chrome and it worked fine.

Edit 2: Also looks as if signing out on Firefox then signing right back in also fixed it

This comment has been rated as unhelpful by Slickdeals users
Joined Nov 2020
New User
15 Posts
10 Reputation
01-27-2021 at 03:15 PM #45
This game suck big time. I understand why it's on such a big sale. Reminds me of games I used to play on PCs back in mid 90s. Watch YouTube videos on the gameplay before you buy. I played for 15 min or so and delete the game. Worst game that I've seen in a very long time.

MLB The Show 20: Rounding up the Best Deals, Discounts and Exclusives

You Should Never Pay Over $40 for a Video Game, Here's Why

Tom Clancy's The Division — Should You Buy It?
Copy Code & Open Site More Deals from
Did this coupon
work for you?
Copy
Link Copied to Clipboard