Go easy on me, first time posting a deal.

Use code "ZPSB02" for $103 dollars off a CR-10 V2 3D printer from Creality. Coupon code should be good until the end of February.

Their 'US Stock' shipped from Amazon and arrived in a few days. It may vary for others, but no tax on my end. 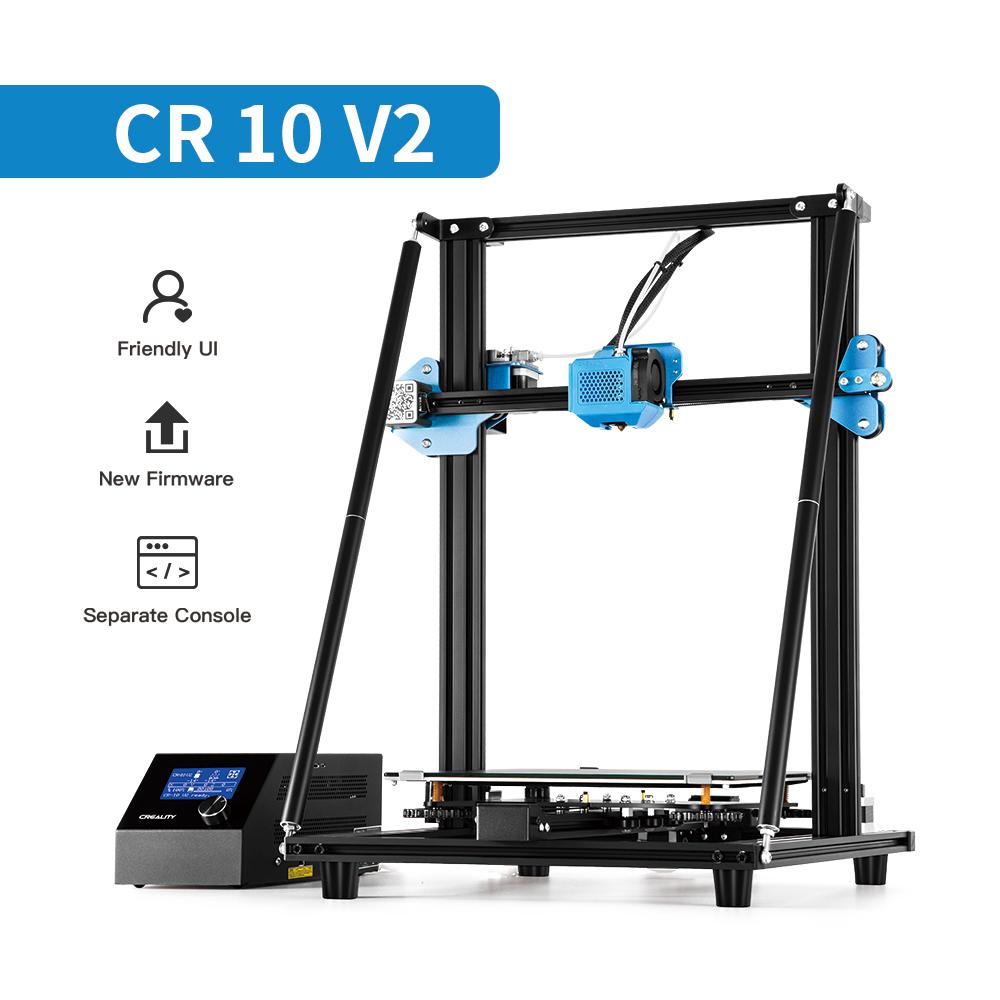 nextlevelsst posted this deal. Say thanks!
Add Comment
Reply
in Computers (5)
If you purchase something through a post on our site, Slickdeals may get a small share of the sale.
Deal
Score +18
3,825 Views
$349.00
See Deal

This comment has been rated as unhelpful by Slickdeals users
Joined Feb 2007
L3: Novice
164 Posts
88 Reputation
01-24-2021 at 06:36 AM #2
Great find. I was able to replicate it. Unfortunately I just bought the bigger Ender 5 Plus yesterday and the code does not work for that.

This is an amazing price for the CR-10 v2 tho

I like my Sidewinder X1 but there's a lot more tinkering that can be done and community support around Creality.

0
Reply
This comment has been rated as unhelpful by Slickdeals users
Joined Nov 2017
L2: Beginner
41 Posts
10 Reputation
01-24-2021 at 08:38 AM #7
Can anyone point me in the right direction. I'm new to absolutely all 3d printing. Should I get this model simply on the price or are there other budget printers that are much better? I'm looking to make it a hobby and nothing professional. Thanks.

Whats the diff in specs for the model you mentioned that is coming?

0
Reply
This comment has been rated as unhelpful by Slickdeals users
Joined Jan 2009
L3: Novice
125 Posts
24 Reputation
01-24-2021 at 09:16 AM #10
I just started and purchased the 3 vs when that SD came up; and it was my first one. Got it for just over 200 bucks delivered. I think any ender is good to start with. You have to put it together, which is quite easy and educational.

I think if I had a choice I would buy this for 150 more dollars. Although I still like my ender 3 v2.

0
Reply
This comment has been rated as unhelpful by Slickdeals users
Joined Jun 2007
L2: Beginner
57 Posts
30 Reputation
01-25-2021 at 09:00 PM #15
Bought this a few days ago, just received it yesterday. Like OP said, it was shipped from Amazon warehouse. I did not even get a tracking number. It just showed up after 5 days. I also bought a BLTouch kit, but that is being shipped from China even though it was supposed to be their "US" stock.

This is my first 3D printer. I was drawn to the Ender 3 V2 deal but then started "researching". I thought Creality went on sale on the regular so I thought it was just an OK deal and didn't think to share it here.

I did a lot of research and Creality consistently has the most user community support, which I believe is the most important thing since 3d printers take a lot of tinkering and DIY adjustments.

There is a newer CR 10 V3, which is just the V2 with the Titan direct extrusion unit added on, along with filament reel mounts on top of the frame. Not sure if direct extrusion is worth it… if so, then the Hemera integrated extruder and hot end may be a better solution. In other words, get the V2 if you don't have to have the Titan extruder.

Save $20 on Razer's First-Ever Ultra-Compact Keyboard