14deals
+33 Deal Score
105,728 Views
Fi.Google is offering their Google Fi Unlimited Calls, Text & Data Phone Plan for 50% Off listed below valid for the first 3-Months only when you click on the 'Get Started' link

Thanks to community member 14deals for finding this deal

Note, you may choose the amount of people on your plan and the rates will differ in the list below 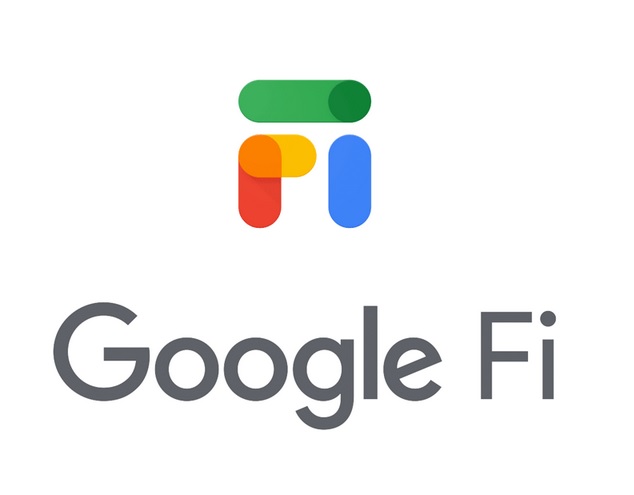 A new Fi customer is defined as a person who has never previously opened a Fi account.

Former Fi customers who have cancelled or paused service are not eligible.

Fi to Fi number transfers are not eligible for the promotion.

For existing Fi accounts, only new members added to the account will receive the Fi bill credit.

The promotion starts for the new member added to the account at the time they activate.

Each eligible person in the group must individually meet the qualification conditions in order to redeem the promotion.

The promotion starts for each person who meets the conditions at the time they activate.

If the account is paused, credit will not roll over and will continue to be used in the three months after initial activation.

You must remain on the Google Fi Unlimited Plan and not leave your account or switch to a different account to receive the entirety of the 3 month credit.
Link to this Wiki

This comment has been rated as unhelpful by Slickdeals users
Joined May 2017
New User
2 Posts
14 Reputation
02-22-2021 at 03:37 AM #31
Good service for international use. Domestic is really expensive

1
Reply
This comment has been rated as unhelpful by Slickdeals users
Joined Nov 2018
L5: Journeyman
576 Posts
81 Reputation
02-22-2021 at 04:05 AM #32
Former Google Fi customer. Pricey as all get out. In Google's case you really don't get what you pay for. You are paying premium prices for a meh service. If you travel overseas a great deal they probably are a good service, domestically very so-so.
Other than at $10/GB for data, my biggest problem was I live in a metro area with many strong signal for multiple carriers. I would drop calls even in my house as my Google Fi (Moto G7) kept jumping carriers seeking the strongest signal.
Customer service was terrible, seems they don't care all that much. Given the current market conditions Google needs to revamp their entire structure from rates to customer service. I would save my time and money. At 1/2 price their rates are on the high end of being competitive, at the end of three months those rates become uncompetitive in the US market. Add in their blah customer service and I would quickly move on. Google should stay out of the wireless business.

2
Reply
This comment has been rated as unhelpful by Slickdeals users
Joined Aug 2011
L5: Journeyman
517 Posts
180 Reputation
02-22-2021 at 04:10 AM #33
I really wanted to like Google Fi - but downstairs in my house it would go to T-Mobile, and upstairs to ATT. If a text is sent between the switch of carriers - you never receive that text.

I started forcing the carrier to T-Mobile but that's a bandaid as they keep switching you back.

1
Reply
This comment has been rated as unhelpful by Slickdeals users
Joined Mar 2009
L5: Journeyman
607 Posts
186 Reputation
02-22-2021 at 04:28 AM #34
which MVNO do you prefer? I've thought about switching to tmobile because it's all that works at my house, but sprint is way faster at my job.

0
Reply
This comment has been rated as unhelpful by Slickdeals users
Joined Apr 2017
L2: Beginner
97 Posts
30 Reputation
02-22-2021 at 04:29 AM #35
I wouldn't recommend Google Fi to anybody, I had them for a year and could not wait to get rid if them, they are just an overpriced cheap cell phone provider with the Google name on it. They would not even support calls over WIFI on my phone when other cheap cell phone providers do. And knowing Google, they probably sell your data.

1
Reply
Last edited by El-Burro February 22, 2021 at 04:34 AM.
This comment has been rated as unhelpful by Slickdeals users
Joined Dec 2010
L3: Novice
259 Posts
138 Reputation
02-22-2021 at 04:39 AM #36
Google support is just a joke in general I used to have to call them up evert 1~2 weeks for a different issue for like 6 months straight.
They basically all have low level non existent access. They are more or less just passing you from lvl 1 to lvl 1 support. Asking to talk to a manager or get your call escalated isnt possible. The can fix an issue 1 week, it show back up again and the ENTIRE PROCESS STARTS OVER.

0
Reply
This comment has been rated as unhelpful by Slickdeals users
Joined Dec 2009
L3: Novice
191 Posts
55 Reputation
02-22-2021 at 04:41 AM #37
This! I used it when I was traveling for a couple months, but it just doesn't compete price wise. Visible is $25/month "unlimited" and offers a pretty similar service (except the roaming.)

Honestly, I don't think it was even that great of a deal for roaming, it's just convenient. But if you have an esim phone (like any iPhone from the last three years) you can add a local plan really cheap.

Not that anyone should be traveling now anyway. Perhaps that's why they're cutting the price now, their international roaming fees probably dropped to a small fraction of what it used to be.

This comment has been rated as unhelpful by Slickdeals users
Joined Dec 2010
L3: Novice
259 Posts
138 Reputation
02-22-2021 at 04:45 AM #38
I'm using Google FI. I overall like the service. I had already been using the 100 GB storage, so I get it free now.
Phone wise, no different than any other service I used. I can tell you though, Fi does not work in certain areas. Airports specifically.

I mainly got it because Verizon decided to start charging for hotspotting. As a developer, I need access to a hotspot, and didnt want to pay a premium for it.

0
Reply
This comment has been rated as unhelpful by Slickdeals users
Joined Nov 2013
L2: Beginner
42 Posts
14 Reputation
02-22-2021 at 04:49 AM #39
Any thoughts on the best international plan? I'm in Central American quite a bit and need reliable service when not on WiFi

What other MVNO's include US Cellular Service?

This is the only reason to have Fi. If you need that US Cellular service for a fair price.

Preferably ones that might be Verizon or Tmo based.

As others have mentioned, the support is abysmal. There are limited phones which work on the plan, so I purchased one of the phones directly from Google. It died within several months. Their warranty requires you to purchase another of the same phone at FULL RETAIL PRICE, ship the old one back, and then credit you back the cost of the new phone. That process can take weeks. I was without a phone for days waiting for the new one.

Trying to get any kind of technical support from them is impossible. Aside from a pretty bad language barrier it was very much a read from the script kind of support. Anything that a phone reboot and an update can't fix is an automatic wipe the phone and reset to factory settings. If that doesn't work, send it in with no loaner. Also, they refuse to let you speak to a manager for whatever reason.

While using the service I lived in an area that was not within a reliable TMobile coverage region (as mentioned above). Instead of automatically switching to the other carrier I just usually had no service. Forcing the phone to ATT only causes the same problem when you stray into an area not covered well by ATT service.

After I ported my number to Verizon, Fi screwed up the port request. Calls to my VM were sent to my VM on my Fi Mailbox for months after I left....eventually I would just get the default TMobile unavailable VM message when people hit my VM on my Verizon phone. That was really rough trying to explain to people.

The billing disparities took months to resolve. I think it was all sorted out 3-4 months after I had left.

Would not recommend unless you're some kind of masochist.

This comment has been rated as unhelpful by Slickdeals users
Joined Jul 2016
L2: Beginner
27 Posts
16 Reputation
02-22-2021 at 05:19 AM #45
Google Fi is awful. We were on it for a few months and had the worst service we've ever had, with constantly dropped calls, automatic text blocks with no notice, and data outages. Then when we tried to leave, oh my word, having to figure out how to cancel our account and move our services to another provider was ridiculously complicated and spanned several days. Our new phone company even had trouble on their end. Bottom line, Google Fi is much easier to get into than to get out of. Don't do it!