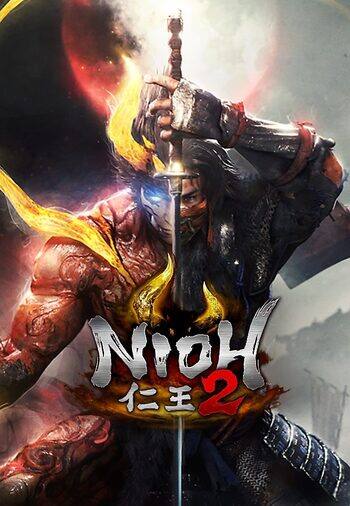 JZ1989 posted this deal. Say thanks!
Add Comment
Reply
in Video Games (5) Get Eneba Coupons
If you purchase something through a post on our site, Slickdeals may get a small share of the sale.

Curious if these are stolen keys, or bought in a cheaper market (like Russia) to be resold in other markets (like US).

3
Reply
This comment has been rated as unhelpful by Slickdeals users
Joined Feb 2014
New User
16 Posts
10 Reputation
02-20-2021 at 09:47 PM #7
The odds of that happening are incredibly slim. I have bought like 200 games on sites like these, never a single problem.

0
Reply
This comment has been rated as unhelpful by Slickdeals users
Joined Nov 2003
Bird Internet
265 Posts
46 Reputation
02-21-2021 at 08:20 AM #8
The only thing to consider here is the questionable ethics. If you're okay with that, you're in for a good deal. But devs may not be getting their cut for the game they made because they didn't make a deal with a distribution channel.

This comment has been rated as unhelpful by Slickdeals users
Joined Nov 2017
L2: Beginner
92 Posts
16 Reputation
02-21-2021 at 05:22 PM #9
I will further back this up .
The odds of that happening is zero in my experience of 400+ games bought in last 18 years thru various sites like one mentioned here. Zero problem at all. I have used many reseller sites in my gaming career. Some already went out of business ( website gone )
But the game key bought still fine


Too much false info and assumptions going on.

0
Reply
This comment has been rated as unhelpful by Slickdeals users
Joined Nov 2016
L4: Apprentice
1,045 Posts
173 Reputation
02-21-2021 at 08:35 PM #11
Those who think that the only way to buy Steam keys legit is on Steam site are mistaken. There are plenty of LEGIT resellers who obtain keys from publishers and resell them at a discount. You can even go to each game publisher site and look up official resellers list and you would be surprised that many of these 'gray market' sites are actually selling you very much proper keys to register on Steam, Epic and other distribution platforms.

1
Reply
This comment has been rated as unhelpful by Slickdeals users
Joined May 2011
L11: Anonymous
308 Posts
226 Reputation
02-21-2021 at 09:15 PM #12
Hadn't heard of this game before, bought it based on this deal. Gameplay is very engaging and immersive. It feels like a 2d arcade fighter mixed with diablo. Character creation process was extremely detailed. You could easily spend hours here alone...

As an FYI: there are currently no keyboard prompts for any of the in-game actions. Instead, you must translate/learn what the ps4 or Xbox prompt translates into when you are playing on PC. For example, it will prompt "press A and RB to power attack." This is a known issue and was supposed to be patched already so I'd assume it's in the works.

Also, I'd highly suggest rebinding the keys based on a guide you can find online. I played for about 45mins, key bindings weren't very intuitive, then googled and found a guide that was so much better.