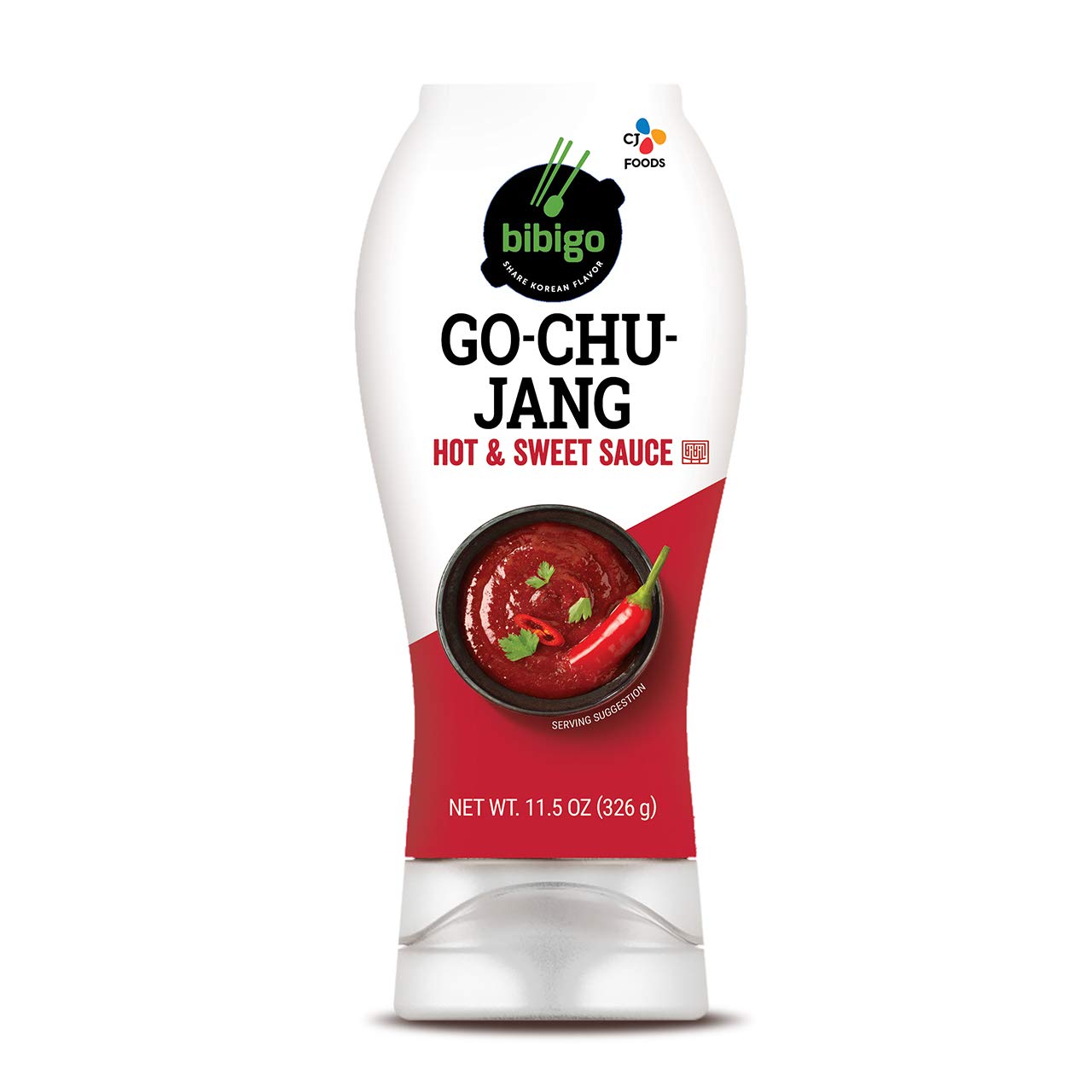 Note: You may cancel Subscribe & Save any time after your order ships.

Add Comment
Reply
in Soups, Sauces, Packaged Meals & Canned Goods (5)
If you purchase something through a post on our site, Slickdeals may get a small share of the sale.

This comment has been rated as unhelpful by Slickdeals users
Joined Jul 2014
L2: Beginner
1,869 Posts
276 Reputation
02-23-2021 at 01:10 AM #16
I second this. Bibigo is a South Korean brand too. But their recipe lately has been changed to suit "international" tastes aka sweetened. Stick with the authentic recipes that you find in Korean grocery stores.

0
Reply
This comment has been rated as unhelpful by Slickdeals users
Joined Dec 2010
L8: Grand Teacher
3,452 Posts
1,739 Reputation
02-23-2021 at 01:27 AM #17
The first ingredient is corn syrup… That is not an authentic ingredient… All these things are industrialized junkie versions of the real thing which is incredible... Is some awful entity paying everybody to add extra sugars into everything? Because I can't believe people really want everything to be so sweet... Read further down where I amend comment

[photo of ingredient/nutrition panel of my tub attached]

1g added sugar per (teaspoon) serving. And while I doubt tapioca syrup is particularly healthy (or authentic), the rest of the ingredient list is much more natural than the one shown on Walmart's site.

Anyway, I agree with you, though; it's stunning and depressing just how much stuff is over-sweetened in America; I guess it's a mix of the food industry trying to use as much of the cheap corn (for corn syrup) as they can, and/or catering to American's crazy-insane sweet tooth. I mean, I love dessert as much as the next person, but the amount of sugar in BBQ sauces, pasta sauces, heck, even random meat and veggie dishes at restaurants... it's insane

0
Reply
This comment has been rated as unhelpful by Slickdeals users
Joined Dec 2010
L8: Grand Teacher
3,452 Posts
1,739 Reputation
02-23-2021 at 04:37 AM #21
Yeah that's not bad for ingredient list, and a little sugar is OK when the sauce is spicy but they'r supposed to list the highest volume ingredients first? Which seems like it should be sweeter than what the nutrition label says.…Maybe not fair to compare to the authentic paste, who's whole point for me is that it is/was a fermented product that's why it taste so lively and makes you feel better…it's probably good enough for a kind of hot sauce. And even if it was pasteurized in order to bottle it, hopefully it was fermented product at some point, which is better than not... But 5 g of sugar per tablespoon, I don't need that. And it should be GMO free, and not left in plastic containers a long time. Here's one listing of the ingredients in this sauce; HOT PEPPER PASTE (BROWN SUGAR, WATER, WHEAT FLOUR, RED PEPPER POWDER, SOY SAUCE (DEFATTED SOYBEAN, WHEAT, SALT, KOJI, WATER), SALT, ONION PUREE, DEFATTED SOYBEAN POWDER, CITRIC ACID, KOJI), BROWN SUGAR, SPIRIT VINEGAR, WATER, ONION PUREE, SUGAR, CHOPPED GARLIC, SOY SAUCE (DEFATTED SOYBEAN, WHEAT, SALT, KOJI, WATER), COOKING RICE WINE, RED PEPPER POWDER, SALT, OLEORESIN CAPSICUM, XANTHAN GUM.... It could've been worse... Some spicy sauce is better than no spicy sauce… Enjoy it people... But better to get a decent paste & mix in the other stuff for a sauce when you need it.
Unfortunately, the American over-processed food ways of eating is gaining all over the world too.
I won some food delivered cross country from "the best Authentic incredibly delicious..[tons of hyperbole and accolades, Berkshire pork blah blah blah]…Southern barbecue"... It was so sickly sweet and salty without any other flavors but pork, just could not eat it. Don't know what the hype is about Southern barbecue. Almost any Asian barbecue I've had has been better, this sauce probably would've been better... But now we don't bother going to Korean restaurants because there's so much sugar in everything... What the heck is going on?! Trying to cover up the taste of substandard meat?? Bill gates plot to give diabetes to everyone so we can depopulate the earth??

0
Reply
Last edited by JeffO8772 February 23, 2021 at 05:53 AM. Reason: typo
This comment has been rated as unhelpful by Slickdeals users
Joined Sep 2008
L6: Expert
1,124 Posts
313 Reputation
02-23-2021 at 06:29 AM #26
Gochujang paste (what you're suggesting) is a totally different product than the sauce in the OP. The sauce is a condiment to squeeze onto stuff. The paste is an ingredient you cook with. Like the difference between tomatoe paste and ketchup.

1
Reply
This comment has been rated as unhelpful by Slickdeals users
Joined Dec 2008
L6: Expert
1,413 Posts
933 Reputation
02-23-2021 at 06:39 AM #28
Exactly. Gochujang is a paste you cook with or mix into something, not a sauce you using for finishing food. This squeeze bottle stuff is essentially gochujang flavored ketchup or bbq sauce. Nothing wrong with that, I'm sure it's tasty as a bbq sauce substitute, but it's a completely different thing than the stuff in the tub.

This comment has been rated as unhelpful by Slickdeals users
Joined Jul 2018
New User
6 Posts
14 Reputation
02-23-2021 at 07:52 AM #30
It's a hot and sour slaw. I shred carrots, broccoli, and radishes in whatever portions you like. I then combine apple cider vinegar, gochujang, greek yogurt, mustard, and whatever spicy / sour stuff I may have (horseradish, red curry, etc.). I don't really measure anything, it's super spicy and sour, I'm not sure most people would like it but it's relatively low calorie and makes the vegetables more palatable (in my opinion).