Thanks to community members GimmeYoTots & vipergts44 for find this deal.

Note: The item is currently backordered, but can still be ordered. 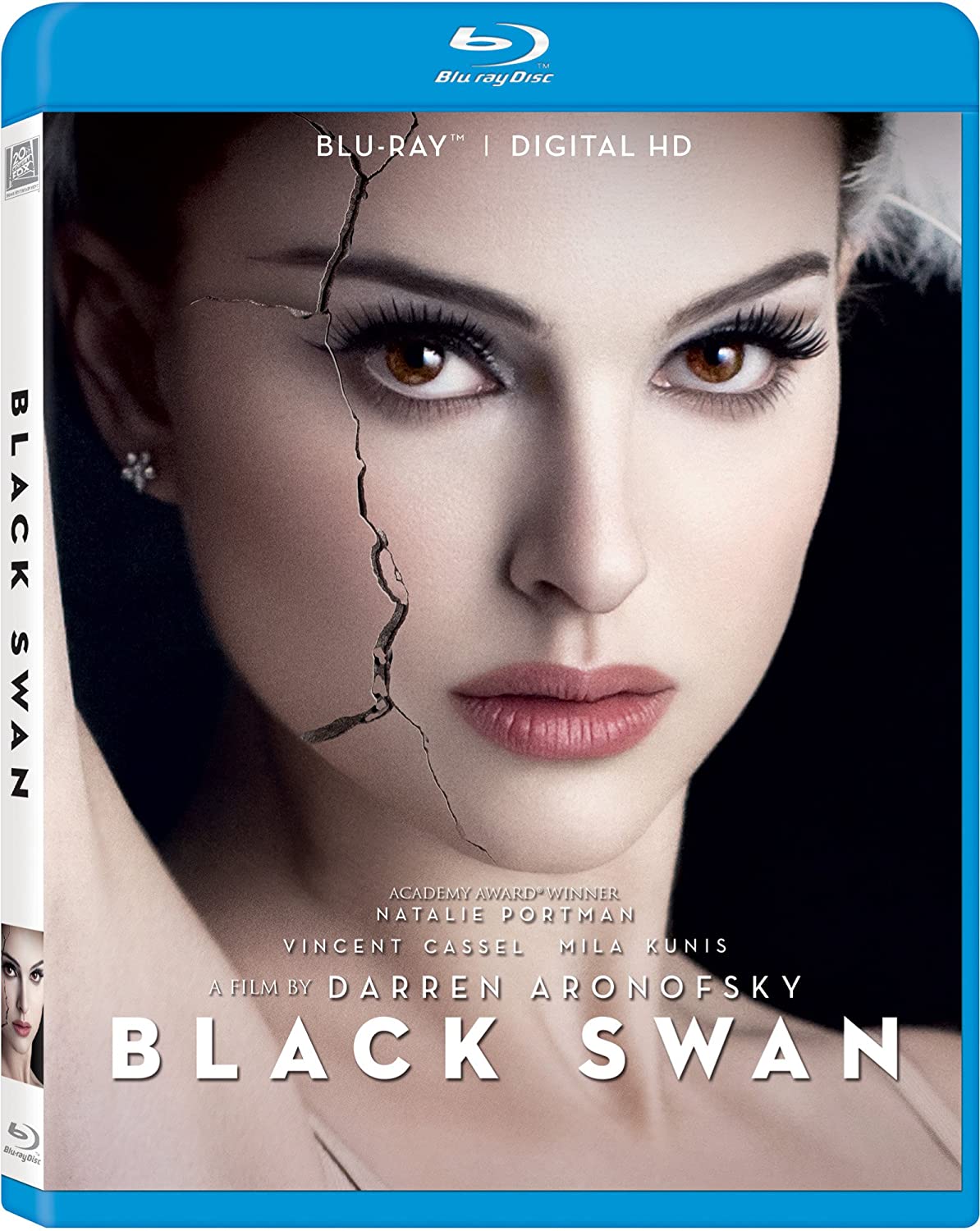 GimmeYoTots posted this deal. Say thanks!

Written by Edited February 23, 2021 at 03:18 AM by
I left this in my Amazon cart after I missed the last Best Buy deal for around $5 with free pickup (but no BB in my area had a copy), and it dropped to only $3.99 so I grabbed it. If you missed the last deal, here's a second opportunity with free shipping. Good luck.

Looks like Best Buy matched the price, so thanks for the heads up in the comments - here's the link (thanks SlickDealio):


Editorial Reviews
BLACK SWAN follows the story of Nina (Natalie Portman), a ballerina in the New York City Ballet trying to make it to the top. When artistic director Thomas Leroy (Vincent Cassel) decides to replace prima ballerina Beth MacIntyre (Winona Ryder) for the opening production of their new season, Swan Lake, Nina is his first choice. But a new dancer, Lily (Mila Kunis), also impresses Leroy and becomes Nina's competition. Nina fits the White Swan role perfectly with her innocence and grace, but Lily is the personification of the Black Swan with her fiery personality. As the two young dancers expand their rivalry into a twisted friendship, Nina begins to get more in touch with her dark side with a recklessness that threatens to destroy her.

Add Comment
Reply
in Blu-ray & 4K Blu-ray (3)
If you purchase something through a post on our site, Slickdeals may get a small share of the sale.

02-22-2021 at 03:03 PM #17
I ordered this a few weeks ago and can confirm it comes with a Digital HD code that port across Movies Anywhere providers. No iTunes redeem though, so no free 4K upgrade if it ever gets the 4K treatment.

0
Reply
This comment has been rated as unhelpful by Slickdeals users
Joined May 2018
L5: Journeyman
600 Posts
208 Reputation
02-22-2021 at 03:51 PM #18
I somewhat agree on this... I think in 5-7 or so years, I would guess there probably won't be much for physical media. With 5G coming hopefully they can get digital to disc quality. Then there's not much of a reason left for physical copies. (Other than maybe obscure movies you can't find on digital).

There was so much backlash when Xbox One wanted to go all digital, so they added a disc drive. Now PS5 is offering a no disc option. I bet the next generation consoles will be all digital (PS6 and whatever the next Xbox is called)... Seems like that's where they're heading to. It's better for the manufacturers since it cuts off all used copies being resold and them not getting a cut... And going all digital on games is worse considering games have a resale value, and for the most part, minus some special editions, OOP movies, etc... Most movies have next to zero resale. So I can see people caring even less when movies go all digital.

The only people that it will cause major issue for is people in rural areas without sufficient internet to stream movies... But by then most likely that problem will be solved, at least in the US.

2
Reply
This comment has been rated as unhelpful by Slickdeals users
Joined Nov 2013
L2: Beginner
30 Posts
14 Reputation
02-22-2021 at 04:46 PM #19
ISPs introducing data caps will definitely continue to be a problem if people are streaming high def content regularly

5
Reply
This comment has been rated as unhelpful by Slickdeals users
Joined Mar 2014
L2: Beginner
37 Posts
25 Reputation
02-22-2021 at 07:29 PM #21
No. a great film, a great price, definitely worth it at this price. BUT don't believe me and don't believe this person. Watch it for yourself and formulate your own opinion. I personally have no problem recommending this to any of my friends that can appreciate a well-done film. It certainly isn't for everybody, but neither was Requiem For A Dream which was brilliant too. And how does her prettiness affect this film? That is truly beyond me regarding this film. Portman plays her character pretty spot on, which is what should matter.

0
Reply
This comment has been rated as unhelpful by Slickdeals users
Joined Jan 2021
L3: Novice
144 Posts
34 Reputation
02-22-2021 at 08:12 PM #22
It always affects a film, an actors charisma and presence is everything, even if they are funny looking like a Buscemi, she's part of the generation of starlets that is a void.

This comment has been rated as unhelpful by Slickdeals users
Joined Dec 2014
L3: Novice
102 Posts
42 Reputation
02-22-2021 at 09:51 PM #23
Or get the best of both worlds, get the BluRay, rip it to a NAS or hard drive and watch it anytime without the disk. LOTR 4K Extended is approx. 140GB per movie of H.265 encoding goodness. There's just no way you'll get that same quality from a streaming service today. Eventually the next video codecs will probably get close but today if you want the best possible visual and audio experience, it's Bluray 4K.

Disney+ is Getting a Permanent Price Increase on Monday: Here's How You Can Still Save

Should You Subscribe to The Disney+ Bundle? Or Buy The Services Yearly?

How To Watch Sundance Movies If You've Never Been to the Festival
Copy Code & Open Site More Deals from
Did this coupon
work for you?
Copy
Link Copied to Clipboard