Thanks to community member Cooney01 for finding this deal. 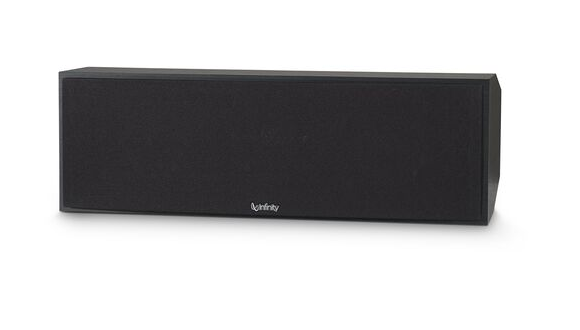 Cooney01 posted this deal. Say thanks!

Written by Edited February 22, 2021 at 02:23 PM by
These speakers are back on sale again, same price as before

I actually wanted the white Polk S55s as well but they are never in stock.

1
Reply
This comment has been rated as unhelpful by Slickdeals users
Joined Jul 2004
El PC Techno
860 Posts
02-22-2021 at 09:44 PM #62
You want to hear something really amazing? Try 4 SUB R12, in 2 stacked arrays, in opposite corners. It will completely destroy everything, in its sale price range.

Caution: May cause foundation cracks and/or settling.

1
Reply
This comment has been rated as unhelpful by Slickdeals users
Joined Feb 2019
New User
3 Posts
10 Reputation
02-23-2021 at 06:30 AM #65
Take a minute and look at the dimensions and you will have your answer. Also, there need to be powered by a receiver.

0
Reply
This comment has been rated as unhelpful by Slickdeals users
Joined Jun 2012
L3: Novice
114 Posts
22 Reputation
02-23-2021 at 06:32 AM #66
I've mentioned this in past sales, but the R162's are amazing speakers. I use them near field with a Cambridge Audio integrated amp. They are just as good as my Paradigm Mini-Monitors but with a more revealing top end. Welith a sub they sound almost as good as my Monitor RS6's that cost many times more.

This comment has been rated as unhelpful by Slickdeals users
Joined Jul 2018
L2: Beginner
31 Posts
10 Reputation
02-23-2021 at 07:04 AM #68
Could be the sub, could be the denon. Its not the infinity line. I have the 263 line on a 279 yamaha receiver and its incredible with an HSU vtf-3 mk5 sub. Speakers all crossed at 80hz. These things are INSANE for the price. My old setup were Klipsch vintage quartets with the ultra rare academy matching center, with a cylinder SVS. It was crap compared to this setup now.

0
Reply
This comment has been rated as unhelpful by Slickdeals users
Joined Dec 2016
L5: Journeyman
548 Posts
148 Reputation
02-23-2021 at 07:12 AM #70
Just jumping in to let everyone know that JBL/Infinity/Harman's return policy is great. I tried the JBL 530s, didn't like them, returned them within the 30 days and got my money back within a week. All was handled online, easy as could be.

Yes a good sub excels at those very lower extensions but they also create a much more accurate, detailed reproduction of the sound over say the R12.

That periodically happens but what happens much more often is the higher subtle bass extension like say rolling thunder, heavy rain,door slamming, roar of a engine, plane flying by and so on and so on.....

That often doesn't just happen in front of you(front stage) it's going on all around you, that's why it's called surround/immersion sound.

When speakers handle those subtle low extensions its does a much better job of blending the sound and placing it with more accuracy and detail within your layout/environment creating surround/immersion.
In other word it places the sound in the correct "location" based on what you are watching much better.

That's going to be less accurate all around when your speakers only go down to 49Hz and sub at 29Hz.
Not to mention the quality of them.

That may be one reason people sometimes say they don't hear a big difference between say the R263 and R162. When you assign all the bass to the sub, your taking away that advantage of the 263.
IMO when you do that, that's even more a reason to getting a better quality sub.

It's all a preference and if people choose to do that with the bass that's there prerogative but it doesn't mean "No point for 60-80 to go to the speakers".

2
Reply
This comment has been rated as unhelpful by Slickdeals users
Joined Jun 2016
New User
8 Posts
14 Reputation
02-23-2021 at 10:32 AM #72
The P363's are discontinued but hard to beat in a budget speaker. The 253 has smaller woofers and will likely have worse base response. If your 363s are working fine and still looking good I wouldn't replace them with these just because they are newer.

0
Reply
This comment has been rated as unhelpful by Slickdeals users
Joined Jul 2018
L2: Beginner
31 Posts
10 Reputation
02-23-2021 at 12:47 PM #73
None of that you listed is LFE. LFE absolutely should NOT be locatable. You need to research. The better/larger more powerful the speaker the clearer it is due to less work. ALWAYS cross at 80. One of the huge reasons is you DONT want to BLEND low frequency. Speakers will sound different low than the sub range.Theres a reason THX is 80. Here is a little bit from none other than audioholics. https://www.audioholics.com/subwo...erformance

This comment has been rated as unhelpful by Slickdeals users
Joined Jun 2012
L3: Novice
114 Posts
22 Reputation
02-23-2021 at 01:28 PM #75
Bass below 80 isn't locatable to human ears which is why that is usually the setting(actually I think the number is around 100) If you are very concerned and want some bass to be produced by speakers then set it at 60. Below that if you have a sub just have it handle the bass as it can do so often better while also lightening the load on the receiver and speakers to produce that bass.

12 Tips and Tricks for Finding the Best Deals on eBay