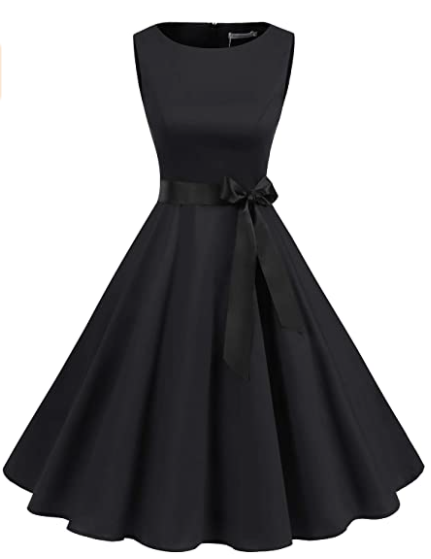 BuciMaci posted this deal. Say thanks!
Add Comment
Reply
in Women's Clothing & Accessories (3)
If you purchase something through a post on our site, Slickdeals may get a small share of the sale.

30
Reply
This comment has been rated as unhelpful by Slickdeals users
Joined Aug 2020
L1: Learner
16 Posts
22 Reputation
02-23-2021 at 11:28 AM #6
For those of us who are way old enough to know these things, there is nothing rockabilly about this dress, and she never once in her life was associated with that genre of music. Audrey Hepburn, 1929-1993, British actress. Her most famous film was Breakfast at Tiffany's, where she played the part of Holly Golightly. Other films--Roman Holiday for which she won an Oscar; Sabrina, My Fair Lady, The Nun's Story, Wait until Dark and Funny Face. She acted along with Fred Astaire, Gregory Peck, Humphrey Bogart, Cary Grant. She was film royalty.

Prescription glasses for $9.95 shipped (select frames) after coupon at kits.com

How Fabletics Works and How To Make It a Great Deal