Slickdeals Forums Deal Talk 12-Ct of Gillette5 Men's Razor Blade Refills $14.80, 8-Ct of Gillette5 Refills $9.90 w/ Subscribe & Save
Advanced Search
Sorry, this deal has expired. Get notified of deals like this in the future. Add Deal Alert for this Item
Frontpage Deal

NightHound
+37 Deal Score
25,240 Views
Amazon has 8-Count Gillette5 Men's Razor Blade Refills for $9.87 when you check out via Subscribe & Save. Shipping is free with Prime or on orders $25 or more

Deal InstructionsAmazon also has 12-Count Gillette5 Men's Razor Blade Refills for $14.81 when you check out via Subscribe & Save. Shipping is free with Prime or on orders $25 or more 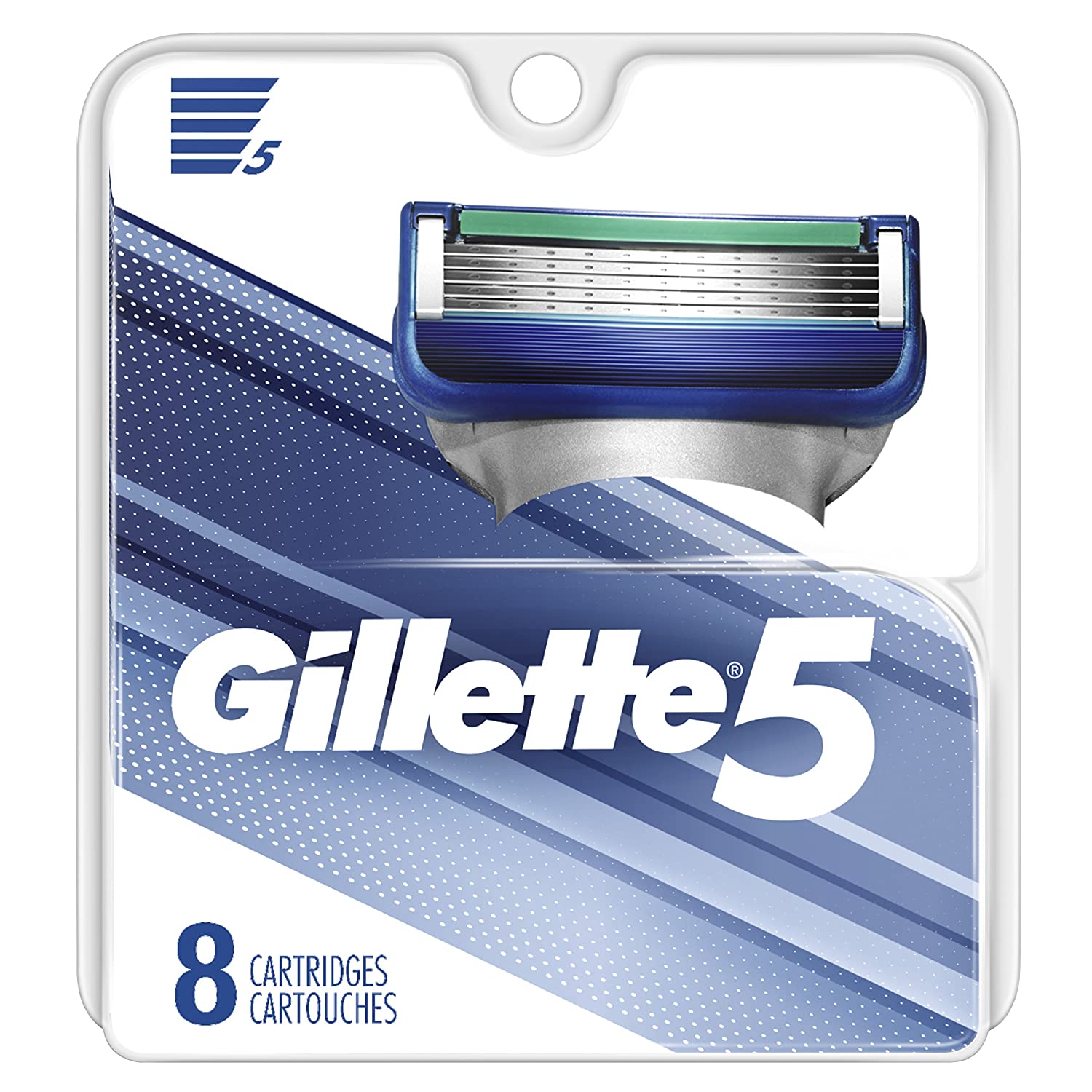 Amazon [amazon.com] has 8-Count Gillette5 Men's Razor Blade Refills for $9.87 when you check out via Subscribe & Save. Shipping is free with Prime or on orders $25 or more.

Note: You may cancel Subscribe & Save anytime after your order ships.

Add Comment
Reply
in Razors & Shaving Supplies (8)
If you purchase something through a post on our site, Slickdeals may get a small share of the sale.

The blades in these are the original Mach3 blades (current Mach3 has improved low cutting force blades).

This comment has been rated as unhelpful by Slickdeals users
Joined Feb 2017
L3: Novice
270 Posts
102 Reputation
02-23-2021 at 08:21 PM #23
Most likely they are cheap knockoffs. I'm not willing to play the Gillette roulette again via amazon or ebay sellers.

Those that have bought, and used, "Gillette 5" in the past please let us know your results. . .

3
Reply
This comment has been rated as unhelpful by Slickdeals users
Joined Dec 2011
L2: Beginner
28 Posts
26 Reputation
02-24-2021 at 07:24 AM #28
I guess the fact that people are too lazy to read a simple paragraph is one of the reasons corporations can succeed in their phony profit motivated virtue signalling. I've bought blades in the past from Amazon. if they were fake, they still did the job. I'm not an expert in telling the difference between a fake and a bootleg though.

My theory is that they had to drop the prices of their big moneymakers in the face of competition from Harrys, DSC and the like. As those competitors got absorbed, merged or bought up (and from a market perspective somewhat neutralized), the prices of flagship models went back up, but they didn't want to lose the low-end market either so they introduced a line for that. The pattern looks similar to me to what cigarette makers did when cigarette prices began to rise in the 1990s.

You pay less, but you get less. The engineering isn't nearly as precise as some of their other models, and the blades don't last as long. You're better off waiting for the Fusion (or, better IMO, Schick Hydro 5) to go on sale.

Heads up: Amazon Prime No Rush Credits can be used to pay for Prime Video add-on streaming services like Starz, Epix, & Showtime
130  •  72

Amazon Deal: $5 for a Box of 50 Top-Rated Disposable Masks

OLAY is Celebrating Women's History Month with 25% off its Regenerist Collagen Peptide 24 Collection
Copy Code & Open Site More Deals from
Did this coupon
work for you?
Copy
Link Copied to Clipboard