Thanks to community member 14deals for finding this deal.

Note: Must be logged into your Costco account w/ an active Costco Membership to purchase. Availability for store pickup may vary by location. 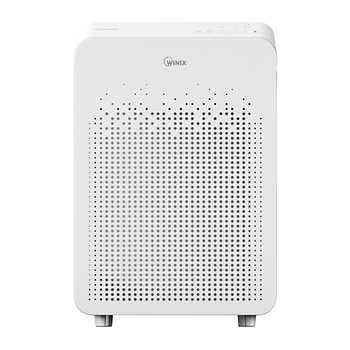 Add Comment
Reply
in Air Purifiers, Humidifiers & Dehumidifiers (7) Get Costco Wholesale Coupons
If you purchase something through a post on our site, Slickdeals may get a small share of the sale.

1
Reply
This comment has been rated as unhelpful by Slickdeals users
Joined Feb 2008
There's My Chippy!
4,590 Posts
1,317 Reputation
Our community has rated this post as helpful. If you agree, why not thank ?
02-27-2021 at 05:38 PM #18
Own 3. This is the best deal by far with 2yrs of filters.
Remote is not a big deal...auto setting works best by far because of the excellent AQ sensor. First post incorrect, you do not need the app, you can change everything you want on the unit, but again...auto is best.

As long as you don't mind cleaning the pre-filter regularly, this is as good as it gets for general air cleaning. Pre-filter is easiest with a dustbuster/Dyson, just vacuum dirt off. (I've even used a Dyson to dustbust the carbon filter in between changes).

Change out the carbon filter quarterly or so. I've found the HEPA can last longer than a year based on your home's AQ and how often you clean the other filters.

People claim that Costco puts the filters on sale once in awhile but I havent seen it in the last 6 mo. But then again, it will be a year and a half before I need them

0
Reply
This comment has been rated as unhelpful by Slickdeals users
Joined Jul 2016
c'mon man
374 Posts
106 Reputation
Our community has rated this post as helpful. If you agree, why not thank ?
02-27-2021 at 06:03 PM #21
Germguardian covers 153 sq ft, this OP covers 360 sq ft. Winnix is 5 stage and GG is 3 stage. Winnix is quieter on all settings. GG has UV (effective?), winnix does not. GG takes up less floor space, but you'd need 2 to match 1 winnix. GG filters are cheaper. I have both, and only use GG is small office area, and smaller bedroom. I use several winnix around large open floor plan areas. I like both, but if I were choosing between the 2, I'd buy the winnix no question.

Also, if you have HVAC heating and air, doesn't the air get filtered there?

0
Reply
This comment has been rated as unhelpful by Slickdeals users
Joined Apr 2013
L2: Beginner
61 Posts
18 Reputation
02-27-2021 at 06:16 PM #24
I owned two, motor died on one right at a year. Other is still kicking but the motor issues seams more than a slight problem when I looked it up. The plasma wave thing is a joke. If you look in the vent from the top there are two tiny black things... Yeah that's the plasma wave.

If I spray Lysol in the room the things turns red and speeds up for a few min.

The only way I can quantify the change is when I clean the pre-filters a few times a month and just scrape off a layer of dust, hair, and even some fuzz from clothes.

I haven't used Winix but I did do my research on Consumer Reports and The Wirecutter and bought a few for the home and a few for the clinic. I bought two Coway Mighty units for my downstairs and a Coway 400 for my bedroom. The Blue air 211+ is in my waiting room as well as in my living room back at home and two of the smaller 411+s from Blueair in the exam rooms. The difference is night and day, especially when smokers come in and sit in the exam room with the doors closed for 30 mins.

If I could go back, I'd skip the Airmega 400. It works well but the auto feature is not too sensitive. It will sense a shift in air if a door or window is opened and closed downstairs but it's not as responsive whenever I'm sitting next to it at my desk. Maybe I don't stink but you'd think a machine would still sense some change when I'm in the room for a few hours when it already sense changes in the air downstairs. It's just weird and not worth $350+ or whatever it is now.

Full disclosure, FedEx never marked my 211s as delivered and Amazon automatically refunded me the $350 for the two units without asking .So I paid for them, but logistics just buggered Amazon out of $350 by never marking it as delivered. Still worth it at $175 a piece when I originally purchased it though.

Your local electric company may also give rebates if the purifiers are Energy Star compliant. It's another $50 or so off per unit, up to 5 or 6 units. At least for ComEd.

0
Reply
This comment has been rated as unhelpful by Slickdeals users
Joined Feb 2008
There's My Chippy!
4,590 Posts
1,317 Reputation
02-27-2021 at 07:09 PM #29
It's for people with allergies\sensitivities; they notice it. And I definitely see it pick up lots of stuff just from cleaning pre-filter.

If you don't have allergies at all (I don't), it does nothing more than collect dust in the air, maybe reduce some smells. If there's no one in your house with allergies, there's really no need for it, it's more hassle than it's worth.

This comment has been rated as unhelpful by Slickdeals users
Joined Nov 2012
L3: Novice
100 Posts
30 Reputation
02-27-2021 at 07:10 PM #30
I own one of these, purchased at Costco last year. The wifi will no longer connect. I tried everything I could think of and then I googled it and a lot of people have similar problems.