Slickdeals Forums Deal Talk Lowe's, YMMV, Kobalt 5.5-in Pliers with Wire Cutter, $2.29, free ship to store
Advanced Search
Sorry, this deal has expired. Get notified of deals like this in the future. Add Deal Alert for this Item
Frontpage Deal

Thanks to community member tunabreath for finding this deal.

Note, pricing and availability for store pickup may vary by location. 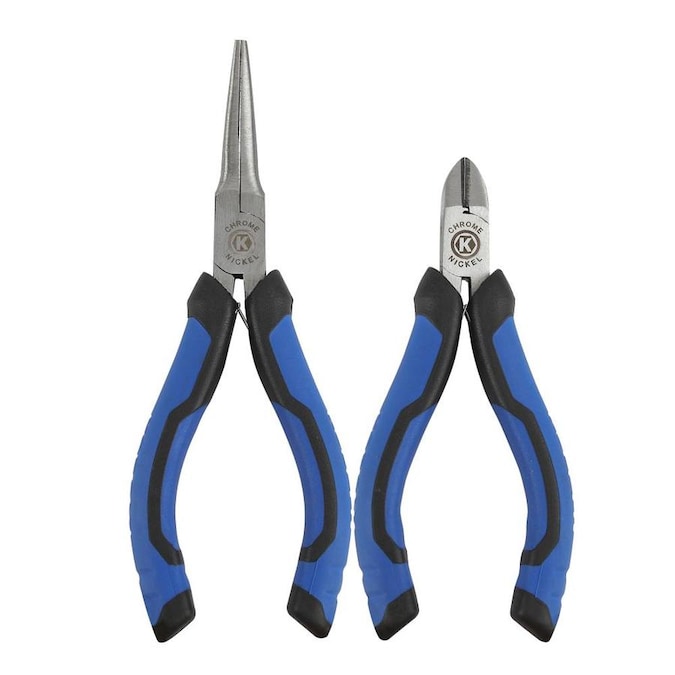 tunabreath posted this deal. Say thanks!

Might be worth checking, as my walmart needle nose pliers are such crap quality that I've had to hammer the jaws flat a couple of times just to get them to grip anything.

0
Reply
This comment has been rated as unhelpful by Slickdeals users
Joined Nov 2020
L1: Learner
23 Posts
10 Reputation
02-28-2021 at 11:44 AM #34
I've tried Kobalt hand tools before maybe 3~4 years ago and IMHO are not even worth stealing. Unless, they've recently improved their material and manufacturing process, I'll stay away as far away as I can.

1
Reply
This comment has been rated as unhelpful by Slickdeals users
Joined Jul 2008
L5: Journeyman
663 Posts
189 Reputation
02-28-2021 at 11:51 AM #36
These are now showing up full price at all stores around me. This morning they still showed sale price. Anyone else seeing the same?

This comment has been rated as unhelpful by Slickdeals users
Joined Jul 2011
L2: Beginner
76 Posts
14 Reputation
02-28-2021 at 05:40 PM #38
I picked up 3 of these today @ 77505. Brickseek showed 14 and the website showed in stock for my store so I went. when I looked in the aisle and bay referenced on the website, they weren't there. I ended up talking to a couple workers who confirmed they were in the store and $1.68, but had no idea where they were ( they weren't being lazy as they walked with me to both places they thought they'd be) but told me they might be on a random end cap or on a random shelf somewhere in the store. They just weren't sure.

I told them I'd just go look myself and after about the third or fourth cart of random stuff in one of the aisles, I saw a box of these. They showed $3.28 marked down to $2.33. I confirmed at the register they rang up as $1.68 each.

0
Reply
This comment has been rated as unhelpful by Slickdeals users
Joined Feb 2008
L9: Master
5,311 Posts
687 Reputation
02-28-2021 at 08:17 PM #39
They're not up to Klein standards, but I've picked up a few of these sorts of deals over the last few years (have some of their slip joint pliers and some of these needle nose along with a couple of other things I can't remember) and they're decent tools to keep as emergency/backup tools in a vehicle. I would say that they're at the same caliber as HF tools and a good deal if you can get them on clearance.

Polarized Aviator Sunglasses For Men with Metal Frame $7.5 at Amazon
3  •  8