Slickdeals Forums Deal Talk HP OMEN 25L with i5-10400 8GB RAM 256GB SSD RTX 3070 $1263.49
Advanced Search
Sorry, this deal has expired. Get notified of deals like this in the future. Add Deal Alert for this Item
Frontpage Deal

Thanks to community member HzF9129 for finding this deal.

Note: The estimated ship date will be reflected in your cart. These systems are currently expected to start shipping in early April. 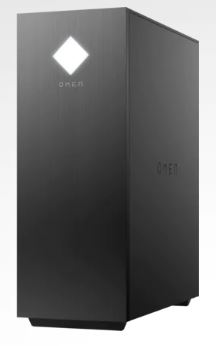 HzF9129 posted this deal. Say thanks!

If you select 750W platinum power supply you can use 10GAMER2021 code to get the price to 1304.99 and it's the best value for money upgrade out there I think. Upgrading CPU/RAM/SSD yourself will be a lot cheaper than HP's upgrades but a good 750W platinum power supply costs easily more than the $40 extra you'd pay. Also I would add the $10 extra for the intel ax wifi card but you can remove it to get the cheapest deal.

Add Comment
Reply
in Desktop Computers (5) Get HP Coupons
If you purchase something through a post on our site, Slickdeals may get a small share of the sale.

This comment has been rated as unhelpful by Slickdeals users
Joined Apr 2017
L1: Learner
20 Posts
13 Reputation
03-10-2021 at 07:44 AM #166
ETH is shifting from POW to POS so mining on that crypto will be dead sometime. AMD cards are the best at ETH for the most part, whereas Nvidia are more well rounded. AMD GPUs have more to lose with the shift to proof of stake

0
Reply
This comment has been rated as unhelpful by Slickdeals users
Joined Mar 2021
New User
1 Posts
10 Reputation
03-10-2021 at 08:33 AM #167
I can confirm that this is likely as sketchy as the products that others were saying they bought back in January/February. Cancellation policy at HP is pretty cutthroat, and the chances they actually get 3070's by early April is basically nil.

Given the age of this deal, the rarity of the 3070, and coupled with hardware manufacturer's own admissions of continued supply issues we can basically surmise that HP is not being honest here. If they were, this thing should have "sold out" nearly instantly. Yet we're still able to place orders days later.

Learn from my mistake and from others who have mentioned their difficulties from earlier orders. I placed an order for one of these on 3/8. I have attempted to cancel it on 3/10. Only way to cancel is by chatting with a rep who will send a "cancellation request." As the customer, you get no receipt that this request was sent or its status. After 24 - 48 hours you will be notified if the "request" was "successful" or not. HP says that the reason for this process is that they "start the PC building process right away" as soon as the order is placed. Given that they give a month's lead time (unrealistic anyway), this seems a little silly to me.

At best HP has a bunch of these things on the shelves ready to go minus the graphics cards that they know they will not get in the stated timeline. At worst, they will reject any cancellation without having lifted a finger and you will receive this product at some undetermined point in the future after the supply chain has corrected itself having already paid the "I want it sooner" premium. If you want to return it, a 15% restocking fee will apply.

Good luck out there.

0
Reply
This comment has been rated as unhelpful by Slickdeals users
Joined Nov 2005
L4: Apprentice
323 Posts
30 Reputation
03-10-2021 at 11:27 AM #168
Your using Afterburner and Not AMD Radeon Software? Curious? and you have the costco Omen 25L computer deal right? what software your using to mine?

Sorry I am just having so many issues trying to mine with this computer without lolminer keeps crashing after 40 mins of it running? Just trying to get this to work to mine at least a full day without problems

They also locked XMP profile in their BIOS so you can't adjust the voltage of the new RAM as well. I got the Intel system and was able to use Intel XTU 6.5.2.40 to use XMP profile to set my ram to 3200Mhz but it's been giving me problems after a week.

Edit: Sorry, I bought the HP Omen 30L, not the 25L but same difference.

0
Reply
This comment has been rated as unhelpful by Slickdeals users
Joined Nov 2012
L1: Learner
24 Posts
18 Reputation
04-01-2021 at 01:13 PM #178
Order March 8. Account status page still on stage 1: order confirmed. it hasn't yet made it into stage 2: order assembly. Same estimated build completion of April 5. And like all of you, my c/c was charged at point of order. Not point of shipping.

The Alienware R11 ordered on March 8th, arrived March 30th and I've had it mining for 24 hours already.

How to Install an M.2 SSD on a Desktop PC
Copy Code & Open Site More Deals from
Did this coupon
work for you?
Copy
Link Copied to Clipboard