During checkout, use PayPal for the additional 10% discount. 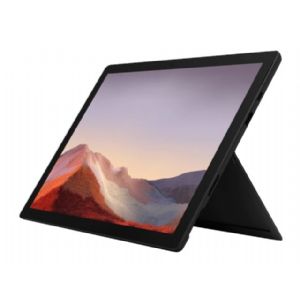 See Deal
Good deal?
You gave thanks to erik1220 for this post.
Thank you!

erik1220 posted this deal. Say thanks!
Add Comment
Reply
in Laptops (6) Get TigerDirect Coupons
If you purchase something through a post on our site, Slickdeals may get a small share of the sale.

This comment has been rated as unhelpful by Slickdeals users
Joined Oct 2016
L2: Beginner
91 Posts
18 Reputation
03-08-2021 at 11:23 AM #2
def a good deal if interested, also this model has LTE support as well it looks like from the listing. That's a bonus but idk if all the arm windows surfaces has LTE support by default or not. If windows on arm gets on par with MacOS on arm than this is a killer deal

03-08-2021 at 11:37 AM #3
All of the Surface Pro X models have LTE. Many Windows on Arm devices do but it isn't a requirement. Would love for the chipset to be a bit more competitive with the Apple M1.=initial

0
Reply
This comment has been rated as unhelpful by Slickdeals users
Joined Jul 2011
L0: Dirty dirty lurker
35 Posts
26 Reputation
03-08-2021 at 12:08 PM #4
Be aware that these are DEMO units, which is kind of a murky gray area for resale. I can't provide many more details because I'm not certain myself, but I know on previous deals for the Surface Duo the demo units aren't intended for resale, although I've heard that Microsoft may authorize their resale later on which is how these companies dump their units.

I'm not trying to discourage anyone from buying as it may not be an issue (I really don't know), I just wanted to clarify that point... the demo status is confirmed in the last bullet point on the product description.

That said, it's still a tempting deal and I'm pretty unimpressed with my iPad Air, not using as much as I thought I would. But I don't know if I trust Microsoft to make ARM on Windows good enough over the next couple years before this product becomes obsolete.

0
Reply
This comment has been rated as unhelpful by Slickdeals users
Joined Oct 2015
L3: Novice
1,064 Posts
167 Reputation
03-08-2021 at 03:43 PM #5
If/when windows on arm gets on par with MacOS/M1 it won't be with this chip. The SQ1 and 2 are essentially the same chip with small tweaks between them and they lack the coprocessors found on the M1 and the wide architecture. I had the SPX. I liked it a lot for what it was but not enough to keep it. If you can find a native arm app on windows your performance on this chip will be roughly low power i3 to i5 level performance. Cut that roughly in half for non-native apps. The screen is hands down one of the best I've seen. I ran the pre-beta for 64bit support. That has a long way to go. The SPX does a lot right and better native arm app support will help. But for now, research the software you intend to use, peripherals too because your drivers may not be compatible.

1
Reply
This comment has been rated as unhelpful by Slickdeals users
Joined Mar 2011
L8: Grand Teacher
3,383 Posts
532 Reputation
03-08-2021 at 04:47 PM #6
Well I ordered it about three hours ago and the status just says "Pending Review - This order is pending review" and my PayPal just says pending also.

This comment has been rated as unhelpful by Slickdeals users
Joined Mar 2011
L8: Grand Teacher
3,383 Posts
532 Reputation
Our community has rated this post as helpful. If you agree, why not thank ?
03-08-2021 at 06:32 PM #9
This is not the type of demo unit you are thinking about, this is a demo for corporate sales. It is a fully functioning unit used entice companies to buy in bulk.

03-08-2021 at 09:07 PM #14
I tracked down this same reddit post before I bought too. There was another thread on Slick Deals where someone in a comment section said he purchased this same unit from TigerDirect and then updated his post saying he received it Brand New and it worked as expected.=initial

0
Reply
This comment has been rated as unhelpful by Slickdeals users
Joined Sep 2013
What's the freq. Kenneth?
4,876 Posts
3,675 Reputation
Pro