Thanks to community member necon76 for finding this deal. 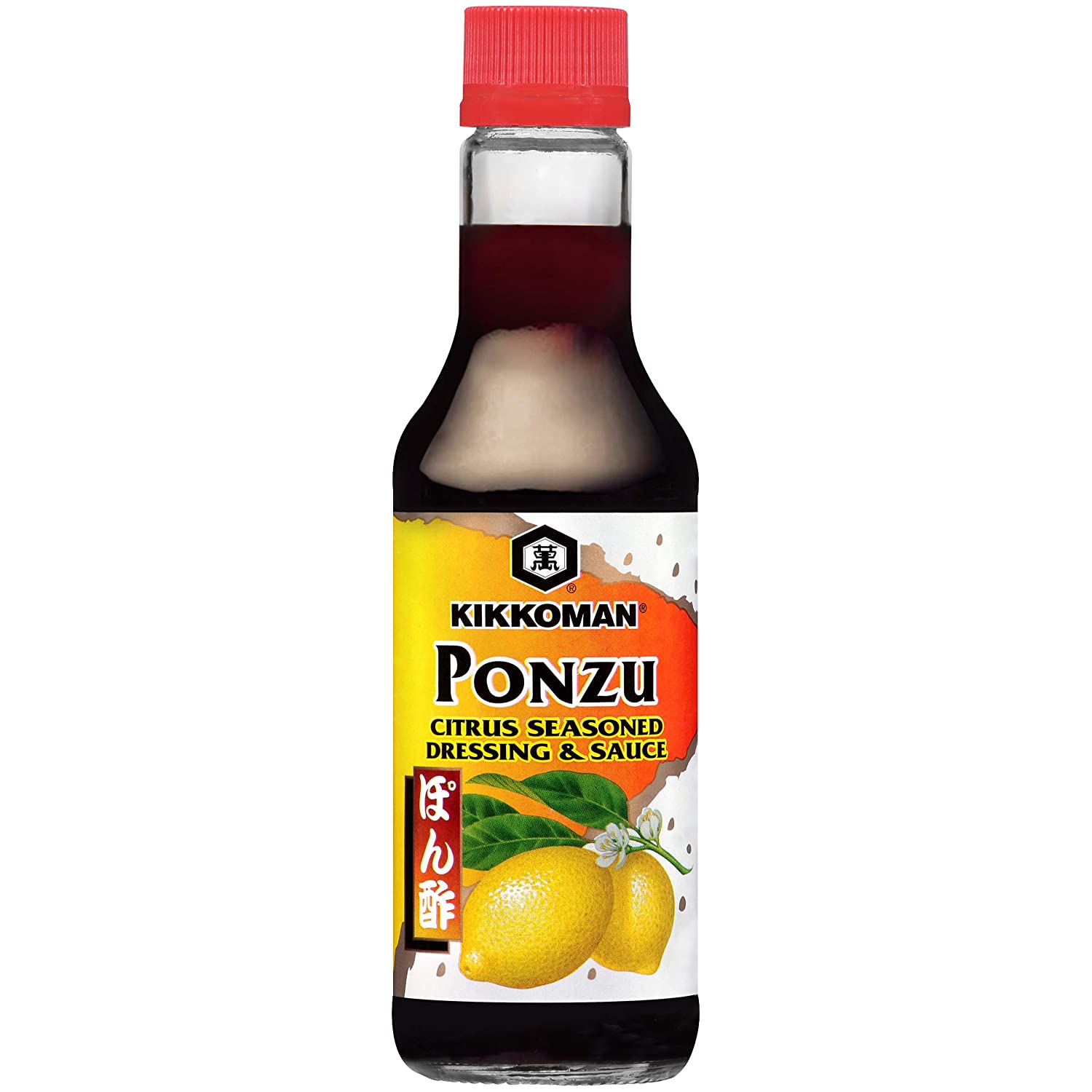 necon76 posted this deal. Say thanks!

Written by Edited April 13, 2021 at 04:05 AM by
Amazon [amazon.com] has 10oz Kikkoman Ponzu Citrus Seasoned Dressing Soy Sauce for $1.99. Shipping is free for Prime members or spends over $25 to receive free shipping.

Add Comment
Reply
Created 04-06-2021 at 07:50 PM by necon76
in Soups, Sauces, Packaged Meals & Canned Goods (5)
If you purchase something through a post on our site, Slickdeals may get a small share of the sale.
Deal
Score +48
26,389 Views
$1.95
$1.99
See Deal
Don't have Amazon Prime? Students can get a free 6-Month Amazon Prime trial with free 2-day shipping, unlimited video streaming & more. If you're not a student, there's also a free 1-Month Amazon Prime trial available.

0
Reply
This comment has been rated as unhelpful by Slickdeals users
Joined May 2013
L3: Novice
178 Posts
57 Reputation
04-07-2021 at 10:34 AM #64
Following that twisted logic, then every cheap Subscribe and Save item should be on the SD Frontpage - to save you the trouble of finding those items on your own to save a few pennies on your next Amazon order? Good lord. 😵 💫

This comment has been rated as unhelpful by Slickdeals users
Joined Dec 2013
L4: Apprentice
301 Posts
57 Reputation
04-07-2021 at 11:14 AM #68
I think back in the day actual off-list/non-advertised sales would be posted more frequently...whether it be flash sales that weren't announced ahead of time, or legitimate pricing errors. That's how I got my Vizio TV years ago -- Walmart (mistakenly?) clearanced some newer models and someone who noticed shared the info to SD.

Now, that very rarely seems to be the case, and the site increasingly feels like a series of sponsored promotions. If you look at the referral code, you'll see any external link usually contains a Slickdeals code -- so if you click a link to a sale on Amazon, my assumption is that's being tracked and then Slickdeals gets a certain percentage of the sale.

The downside seems to be that the true non-advertised or obscure sales and pricing errors don't get posted anymore, and perhaps if pricing errors are posted Slickdeals would be more likely to pull them down to keep their partners happy (although this is pure speculation and I don't know whether that's the case).

Regardless of the inner-workings of the site and how it may be impacted by affiliate partners boosting their products, I just don't get as much out of it as I used to. So many of the items posted on a daily basis are just generic "$3 off subscribe and save" or very standard sale prices that are almost definitely coordinated by Amazon or whoever else the vendor is.

The site used to feel driven by its users and now it feels driven by affiliate partners with "sale" prices that aren't particularly noteworthy. I mean I love Costco, but they have the same TVs on sale all the time. Does it need to be on the frontpage of SD every time the LG CX is $300 off, when you can go virtually anywhere at any time and find a similar discount on that model? It's very rare for electronics to be sold at full MSRP across the board and usually the flagship models are routinely on sale. How many times have you seen a Samsung phone posted to SD in the last few months?

The last substantial sale I benefited from was the Fender Telecaster a few weeks back, but even that appeared to be a fairly common sale price. I can't recall the last true "wow, I'm glad I scooped that up before it sold out!" flash sale of the sort that *used* to make Slickdeals so much fun.

0
Reply
Last edited by johnulcer April 7, 2021 at 11:20 AM.
This comment has been rated as unhelpful by Slickdeals users
Joined May 2005
You know you are
2,759 Posts
321 Reputation
04-07-2021 at 11:38 AM #69
Can a mod review this? This might very well be a bannable offense.
Not helping!
I'd hardly call Green Acres Long Island (Well, technically). Keep in mind TWO Queens bus lines go there, and you can see how close it is. In fact, it's only there for NYC, as the city council won't let Wally's in for not being a union shop. Walmart already have stores in Westbury, East Meadow, and Uniondale, which by car-driving LI standards, covers all of west Nassau county.
Low sodium is a plus. Too many forget how much sodium is in soy sauce until they see a green capped low sodium alternative and finally realize why they're on a beta blocker.
Everyone knows, and by that I mean Japanese chefs (sushi and otherwise), that Yamasa is the best. Kikkoman was just the first to break into the US market and knows how to maintain a market stranglehold better than Coca-Cola, Hostess, or Entemann's ever did. Thankfully, you can find Yamasa at discerning retailers these days despite Kikkoman's efforts.
Is it me, or is there a proliferation of Nippon-related markets n Manhattan lately? I also see Sunrise market in Midtown, and East Village, and a few others in the West Village too. Plus UES and Midtown. I'm not even covering the Korean markets like Sunac. One doesn't have to go far these days.
In New York, even TARGET has the stuff, and at several locations in New York City too.

https://yamasausa.com/retail-prod...rom-japan/
That has most concerned me when coming to things like varieties of soda that is no longer bottled near me, like Tab. If even near expiry, it would taste bad.

Wish there were more Japanese markets. I have noticed there's a little strip of Japanese shops/restaurants popping up just south of 14th street on 6th ave.

I will look for Yamasa the next time I'm out at a Japanese grocery store.

Frankly, I'm overjoyed. I just wish there were more bookstores (other than Kinokuniya) and especially more BookOff locations. These places have their own channels for sourcing goods that might cost more elsewhere having gone through additional importers or distributors.

Heads up: Amazon Prime No Rush Credits can be used to pay for Prime Video add-on streaming services like Starz, Epix, & Showtime
103  •  154

How to Save Money for Beginners

Is Sam's Club Plus Level Membership Worth the Cost?
Copy Code & Open Site More Deals from
Did this coupon
work for you?
Copy
Link Copied to Clipboard