PaperLuigi
+43 Deal Score
29,554 Views
Dell has Dell G5 15 SE Gaming Laptop on sale for $685.99. To earn 2.5% in Slickdeals Cashback, before purchase, follow the cashback instructions below. Shipping is free.

Thanks to community member PaperLuigi for finding this deal

SpecsSlickdeals Cashback Instructions:
Be sure to check the cashback rate on the store website after you sign up for rewards Cashback via our Loyalty program (PC, Laptop only). At the time of this post, the cashback is 2.5% but those rates can change in the future.

On PC or Laptop Only: 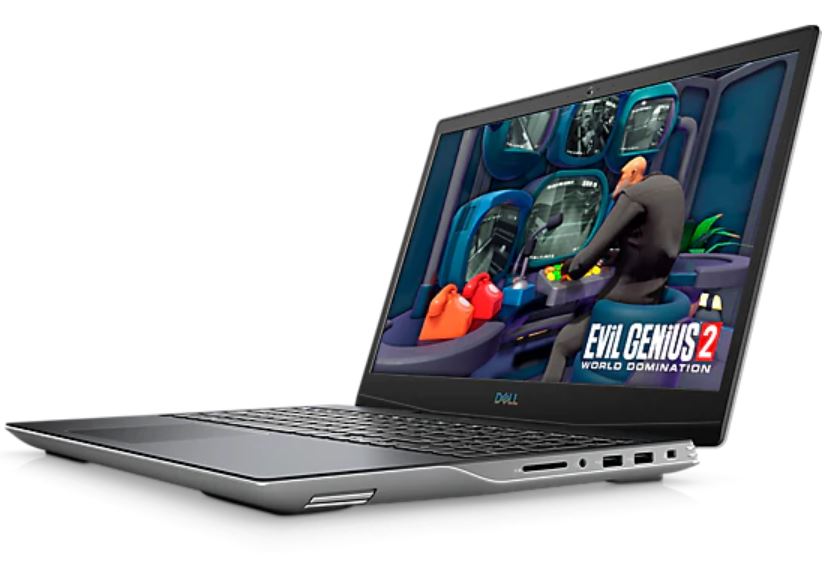 PaperLuigi posted this deal. Say thanks!

Note, availability is limited; product is available until it is all claimed

This comment has been rated as unhelpful by Slickdeals users
Joined Apr 2021
New User
1 Posts
10 Reputation
04-07-2021 at 08:27 PM #31
I need a dedicated zoom machine with Hdmi out and USB port for an HD Webcam. Is this overkill? I'm not sure what's important spec wise for zoom to run optimally. Any help appreciated

0
Reply
This comment has been rated as unhelpful by Slickdeals users
Joined Jul 2019
L2: Beginner
88 Posts
22 Reputation
04-07-2021 at 08:40 PM #34
They are losing this fail design with the next G5 iteration. Dont saddle yourself to this horrible glue and plastic heat trap.

0
Reply
This comment has been rated as unhelpful by Slickdeals users
Joined Jul 2019
L2: Beginner
88 Posts
22 Reputation
04-07-2021 at 08:57 PM #37
To be honest I don't know much about the Ideapad beyond the specs general performance. I'm not the type to declare one thing good because another is really bad. I've owned the G5...we'll actually the old G3 which became the G5

It was the worst laptop I've ever owned. It was hotter then the sun an then like so so many owners before me the hinge failed for no particularly stressful reason (I mean that can happen when the cheapest plastic endures 100 degree plus temperatures after a while). There is a class action lawsuit against this design and Dell will fix it fast if you drop that info with your warranty request.

If you need a laptop now dude I'd say enjoy your Lenovo it cant be as bad as this but ideally you should wait. Go for a good deal on a Omen 15 or Lenovo Legion 5. Just my thoughts which arent worth much except to say I own both and they are both exceptional.

what do you think about this ?

0
Reply
This comment has been rated as unhelpful by Slickdeals users
Joined Jul 2019
L2: Beginner
88 Posts
22 Reputation
04-07-2021 at 09:10 PM #39
The thing is nothing will kill your enjoyment of your gaming laptop like screaming fans and boiling heat. Believe me I've been buying this crap for over a decade now. I'd happily take that Legion you linked with its vastly superior cooling and a 1660ti over the slight performance improvements you'd see in this machine. Mind you the hardware in the G5 isnt bad its the laptops design. It just doesnt manage heat well and it makes for a really poor experience and the almost inevitable certitude of structural or or other system failure.

I have no idea why Dell doubled down for two iterations of this pile of junk. Maybe they did the math and a new design would cost more then the projected RMA's.

Yes I think that Legion is a far better purchase but I would wait or just pay more for one with a 3060. Its such a huge generational leap it will keep you well served for many many years. Like most of the PS5 early generation for sure.

Also that Legion you linked has a way way better screen.

I have not done any mining ever. A couple people said that it shortens the life of the video card.

0
Reply
This comment has been rated as unhelpful by Slickdeals users
Joined Sep 2010
L2: Beginner
45 Posts
73 Reputation
04-07-2021 at 09:18 PM #42
I bought this model last year and 2 months later with sporadic use the screen hinge broke. The build quality is terrible. I bought it for work to run a few graphic intensive programs occasionally. Wish I'd bought something else. I do not recommend if you plan on using it frequently. Just my 2 cents.

0
Reply
This comment has been rated as unhelpful by Slickdeals users
Joined Jul 2013
New User
4 Posts
10 Reputation
04-07-2021 at 09:20 PM #43
Purchased this deal in Feb and regretted so much, would never buy a Dell laptop, I received an open box one as the power plug was missing, clearly someone returned it but forgot to put in, so asked for a replacement which took a month. I requested to have a brand new none-open box one. However, the second time the power adaptor has a different SN number than the power plug, and the plug was sealed but the adaptor was not and also with dusts. The return was slow and painful as the 2nd return took three weeks already but still not being refunded. They are so dishonest by selling refurbished or open-box products and repacked to sell as brand new. Would never buy from Dell again!

This comment has been rated as unhelpful by Slickdeals users
Joined Oct 2016
L3: Novice
130 Posts
30 Reputation
04-07-2021 at 09:28 PM #45
Do NOT use Slickdeals rewards. I still haven't gotten mine and they make it really hard to figure out if you even got your rewards. I repeat, STAY AWAY. There are many better alternatice sites for cashback.
The community is good here, but the rewards are not trustworthy.