Slickdeals Forums Deal Talk CAT 3-Piece Multi-Tool and Pocket Knife $24 + FS
Advanced Search
Sorry, this deal has expired. Get notified of deals like this in the future. Add Deal Alert for this Item
Frontpage Deal

Thanks to Deal Hunter DJ3xclusive for finding this deal.
Includes:Specifications: 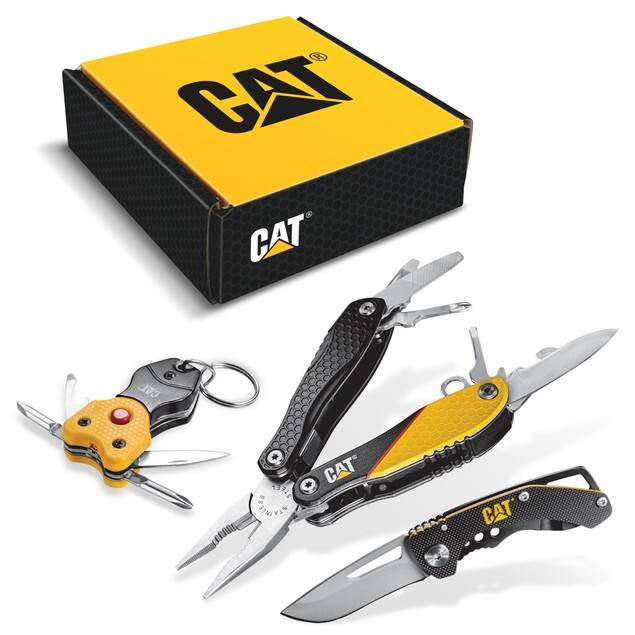 Add Comment
Reply
in Knives (7) Get Tanga Coupons
If you purchase something through a post on our site, Slickdeals may get a small share of the sale.

0
Reply
This comment has been rated as unhelpful by Slickdeals users
Joined Aug 2010
L7: Teacher
2,334 Posts
158 Reputation
04-09-2021 at 05:37 PM #18
It does in the short term, as people get your stuff and it is cheaper and higher profit margins. Then the products start to fail, and their reputation takes a dive, and then it will eventually affect them sales wise.

0
Reply
This comment has been rated as unhelpful by Slickdeals users
Joined Aug 2008
L6: Expert
1,380 Posts
248 Reputation
04-09-2021 at 08:05 PM #22
Avoid Tanga like the plague. I purchased an Autowit SuperCap jumpstarter from them on March 9 with expected delivery of the 15. On March 17 my order status was still "Processing: Not yet packaged for shipment" I contacted them that same day and complained. I heard back from then 2 days later on March 19 and they said "Allow up to four days after purchase from shipment" WTF? It had already been 10 days after purchase, and 4 after the original delivery date. On March 27 I received an email saying my order was canceled, no reason why was provided, not even confirmation that my money was refunded. I emailed them asking what the hell happened, they responded 2 days later saying the item was out of stock and I should receive my refund in 4-7 days.

Worst online purchase experience I've had in a LONG TIME.

🤔
I always wondered what he did after he stopped his late night talk show...

My post starts exactly:
"Yeah, but IN THE PAST,"

Deals to Look Out For from the 2021 REI Anniversary Sale