Slickdeals Forums Deal Talk Smarter Faster Better: The Transformative Power of Real Productivity (Kindle eBook) $2.99
Advanced Search
Sorry, this deal has expired. Get notified of deals like this in the future. Add Deal Alert for this Item
Forum Thread

phoinix Expert
+11 Deal Score
3,791 Views
NEW YORK TIMES BESTSELLER • From the author of The Power of Habit comes a fascinating book that explores the science of productivity, and why managing how you think is more important than what you think—with an appendix of real-world lessons to apply to your life.

At the core of Smarter Faster Better are eight key productivity concepts—from motivation and goal setting to focus and decision making—that explain why some people and companies get so much done. Drawing on the latest findings in neuroscience, psychology, and behavioral economics—as well as the experiences of CEOs, educational reformers, four-star generals, FBI agents, airplane pilots, and Broadway songwriters—this painstakingly researched book explains that the most productive people, companies, and organizations don't merely act differently.

They view the world, and their choices, in profoundly different ways.

A young woman drops out of a PhD program and starts playing poker. By training herself to envision contradictory futures, she learns to anticipate her opponents' missteps—and becomes one of the most successful players in the world.

A group of data scientists at Google embark on a four-year study of how the best teams function, and find that how a group interacts is more important than who is in the group—a principle, it turns out, that also helps explain why Saturday Night Live became a hit.

A Marine Corps general, faced with low morale among recruits, reimagines boot camp—and discovers that instilling a "bias toward action" can turn even the most directionless teenagers into self-motivating achievers.

The filmmakers behind Disney's Frozen are nearly out of time and on the brink of catastrophe—until they shake up their team in just the right way, spurring a creative breakthrough that leads to one of the highest-grossing movies of all time.

What do these people have in common?

They know that productivity relies on making certain choices. The way we frame our daily decisions; the big ambitions we embrace and the easy goals we ignore; the cultures we establish as leaders to drive innovation; the way we interact with data: These are the things that separate the merely busy from the genuinely productive.

In The Power of Habit, Pulitzer Prize–winning journalist Charles Duhigg explained why we do what we do. In Smarter Faster Better, he applies the same relentless curiosity, deep reporting, and rich storytelling to explain how we can improve at the things we do. It's a groundbreaking exploration of the science of productivity, one that can help anyone learn to succeed with less stress and struggle, and to get more done without sacrificing what we care about most—to become smarter, faster, and better at everything we do. 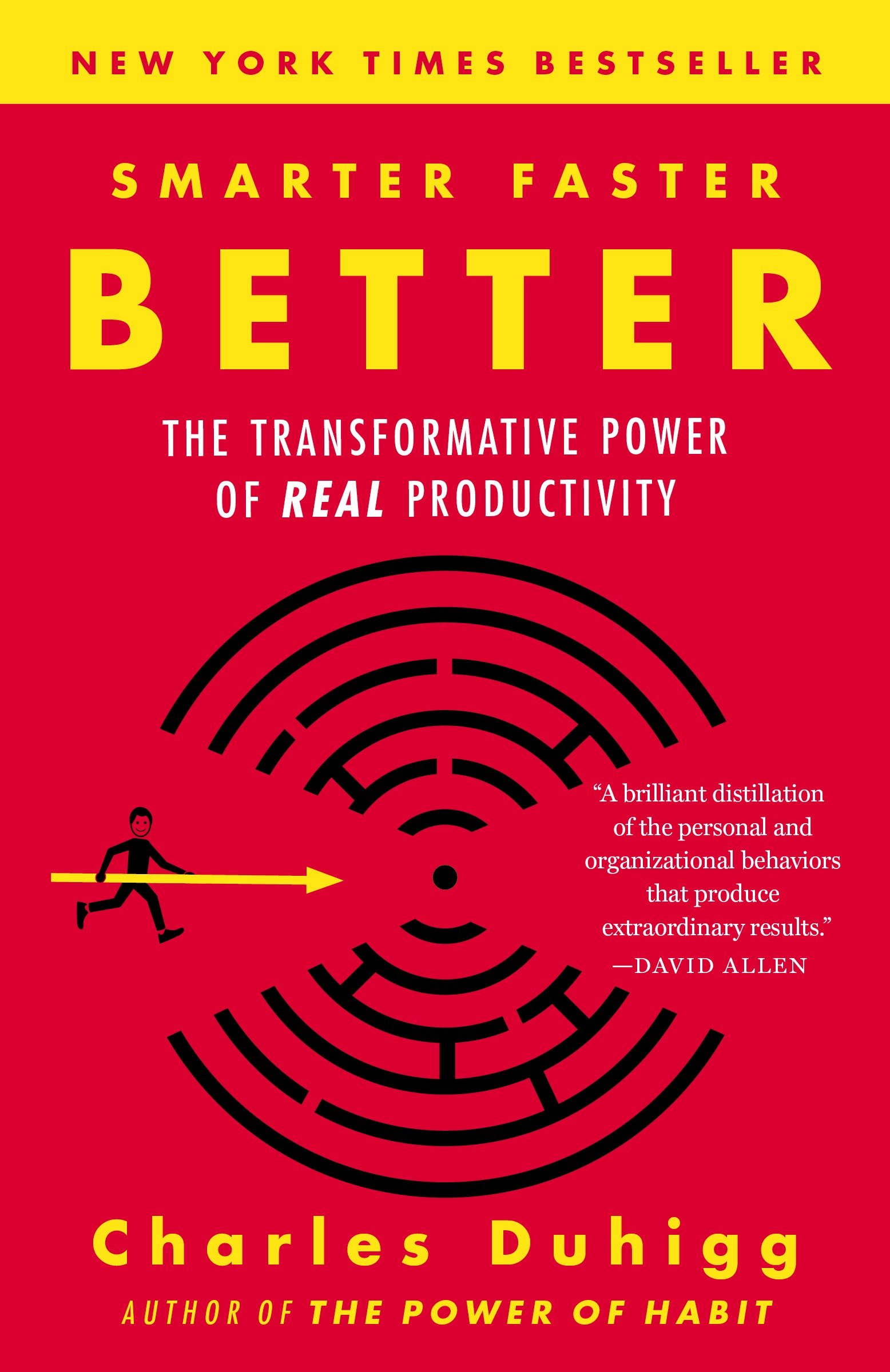 phoinix posted this deal. Say thanks!
Add Comment
Reply
in eBooks (2)
If you purchase something through a post on our site, Slickdeals may get a small share of the sale.

Get Out of Your Own Way: Overcoming Self-Defeating Behavior (Kindle eBook) $1.99
$2
74 28
Frontpage Deal

Molecules: The Elements and the Architecture of Everything (Science eBook) $1
$1
62 10
Frontpage Deal

Get a $5 Kindle eBook credit when ordering with Alexa.

Huanuo Dual Monitor Stands are Nearly 50% Off on Amazon

3 Credit Cards That Paid for My Family's Trip to Hawaii
Copy Code & Open Site More Deals from
Did this coupon
work for you?
Copy
Link Copied to Clipboard