Slickdeals Forums Deal Talk Your Move: What Board Games Teach Us About Life (Kindle eBook) $0.99
Advanced Search
Sorry, this deal has expired. Get notified of deals like this in the future. Add Deal Alert for this Item
Frontpage Deal

Your Move: What Board Games Teach Us About Life (Kindle eBook) EXPIRED

phoinix Expert
+24 Deal Score
10,561 Views
Various retailers have Your Move: What Board Games Teach Us About Life by Joan Moriarity (Kindle eBook) for $0.99.

Thanks to community member phoinix for finding this deal. 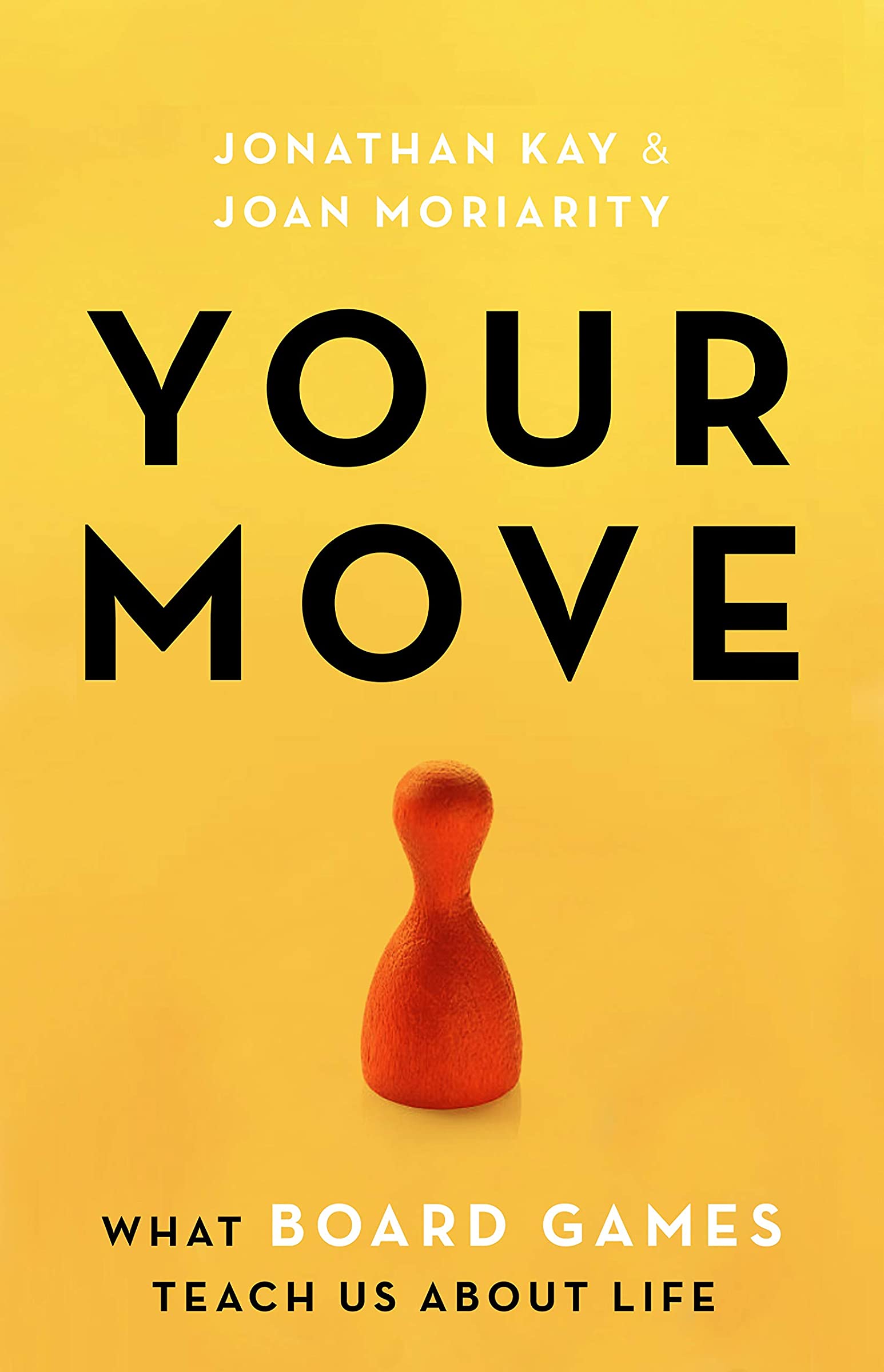 Written by Edited April 23, 2021 at 03:08 PM by
Board games are among our most ancient and beloved art forms. During the rise of digital media, they fell from prominence for a decade or two but today they are in a new golden age. They're ingeniously designed, beautiful to look at, and exhilarating to play. Games are reclaiming their place in our culture, as entertainment, social activity, and intellectual workout equipment. Alone among all art forms, games require their audience (called "players") to participate. If nobody's playing, there is no game.

As a result, games can tell far more about us than our TV shows, movies or music ever could. How does The Game of Life illustrate our changing attitudes about virtue? How does a World War II conflict simulation game explain the shortcomings of a failed novelist? Each chapter of Your Move examines one game, and what it reveals about our culture, history, society, and relationships.

The book's two co-authors bring the perspectives of a writer who plays, and a player who writes. Before Jonathan Kay began his distinguished career as an author and commentator, he had a passion for games, and in recent years he has rediscovered them. Meanwhile, Joan Moriarity's career has been spent designing, developing, distributing, art directing, recommending and teaching board games and, recently, writing about them for a wider audience.


With its short, punchy essays, and dozens of beautiful photographs of the games themselves, every chapter will be a worthwhile read in itself, and the book overall will leave you inspired to discover the truths of your own inner and outer world through play, whether you're a seasoned veteran or a total newcomer.

Get Out of Your Own Way: Overcoming Self-Defeating Behavior (Kindle eBook) $1.99
$2
71 27
Frontpage Deal

The game of life is hard to play
You're going to lose it, anyway
The losing card I'll someday lay
So this is all I have to say.

RedCard Exclusive: 10% Off One Electronics or Video Game Item
4•0

Amazon Deal: This Space-Saving Cabinet Is Less Than $20 On Sale

This Lawsuit Could Lead to Cheaper PlayStation Games
Copy Code & Open Site More Deals from
Did this coupon
work for you?
Copy
Link Copied to Clipboard