Slickdeals Forums Deal Talk Dyson V8 Animal+ Cordless Vacuum *RFB* $200 at Newegg
Advanced Search
Sorry, this deal has expired. Get notified of deals like this in the future. Add Deal Alert for this Item
Forum Thread 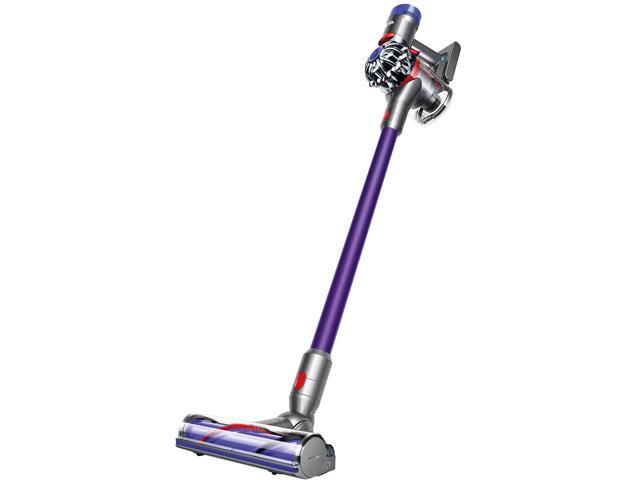 sr71 posted this deal. Say thanks!
Add Comment
Reply
in Vacuums, Carpet Cleaners & Floor Cleaners (4)
If you purchase something through a post on our site, Slickdeals may get a small share of the sale.

0
Reply
This comment has been rated as unhelpful by Slickdeals users
Joined Dec 2008
D3: 1976 grad
2,975 Posts
1,270 Reputation
06-18-2021 at 03:32 AM #4
I ordered this a couple of weeks ago. An hour later, after reconsidering all the negative reviews about the poor job Dyson did of refurbishing the units, I decided to cancel. The vendor, Dyson, responded that the order couldn't be canceled because they had already started processing it. However, they suggested that it would be no problem to refuse the shipment when it was delivered.

1. UPS would not accept the delivery refusal without me providing them with a return label. I contacted Dyson and they said (without accepting any blame for failing to mention this earlier) that I would be responsible for return shipping cost. Fine, I'll pay for the return shipping.

3. So, it's back to Dyson. They haven't responded yet about waiving the restocking fee.

Paying a $65 penalty on a $200 purchase doesn't make sense. I think I'd rather give it away at this point than return it to the vendor.

Granted, it's my fault for not thinking through the purchase initially. However, Dyson's failure to disclose the return shipping cost and the restocking fee is inexcusable.

P.S. Dyson did not waive the restocking fee. I ended up giving the V8 away to one of my cousins. He has an 8-month old baby and could use the vac.

0
Reply
This comment has been rated as unhelpful by Slickdeals users
Joined Feb 2016
L4: Apprentice
478 Posts
38 Reputation
06-18-2021 at 08:44 AM #6
These are overpriced as hell cheap Malaysian plastic parts and people drank the kool aid for these prices you might as well just get a robot vacuum and forget about having to vacuum as long as is hard floors

4
Reply
Last edited by Multivitaminico June 18, 2021 at 08:49 AM.
This comment has been rated as unhelpful by Slickdeals users
Joined Jun 2021
New User
1 Posts
10 Reputation
06-19-2021 at 03:38 PM #7
Can you provide anything to backup how smart you are compared to those who think these are good vacuums?
Here is a site that tests all types of vacuums, they have the V8 as the best stick vac and give you all of the testing and metrics to back it up.
https://vacuum-cleaner-advisor.com/Best-Stick-Vacuum.html