Slickdeals Forums Deal Talk The Legend of Zelda: Breath of the Wild Expansion Pass - Wii U [Digital Code] $13.99
Advanced Search
Sorry, this deal has expired. Get notified of deals like this in the future. Add Deal Alert for this Item
Forum Thread

The Legend of Zelda: Breath of the Wild Expansion Pass - Wii U [Digital Code] $13.99

phoinix Expert
+11 Deal Score
4,232 Views
I know there are now two threads for Switch eShop / Amazon / Walmart deals. But this one is for Wii U DLC, which isn't available via eShop and was not available previously on Amazon. 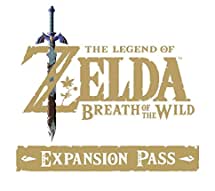 phoinix posted this deal. Say thanks!
Add Comment
Reply
in Wii & Wii U (4)
If you purchase something through a post on our site, Slickdeals may get a small share of the sale.

Rant time: I'm miffed at Nintendo for doing such a terrible job marketing the Wii U, which lead to the horrid sales. Because of the horrid sales, BotW had to be ported to Switch. That not only delayed BotW by a few years (I'm guessing on the time) but it also changed the game for the worse. (Still my 2nd fave game mind you.) The Sheikah slate looks like the Wii U tablet for a reason. It was supposed to be integrated into the game and story much more pristinely. Instead, we got the horrid menu system to accommodate switch and parts of the game were cut. Release the Wii U cut!

1
Reply
This comment has been rated as unhelpful by Slickdeals users
Joined Jul 2007
L4: Apprentice
321 Posts
234 Reputation
06-19-2021 at 09:27 AM #3
So this is just for the DLC? Any suggestions on the best way to get the full game as well? Seems Wii-u games never go on sale anymore so when I read the title I freaked out and thought it was for the full game + DLC

0
Reply
This comment has been rated as unhelpful by Slickdeals users
Joined Jan 2018
New User
7 Posts
10 Reputation
06-20-2021 at 06:21 AM #7
I have been playing BOTW with my 6 year old son and we just beat it about a month ago. We've been going back to finish all the shrines just to keep the adventure going. He's going to freak out when he finds out there's more to do! Thank you OP! This father is super happy to have even more cherished moments with his son! And happy Father's Day to all of those amazing fathers out there!