I took the recommendation of someone and called 611 from my AT&T cell around 11am EST and just said retentions. I got a rep in Texas. He was very friendly and helpful.
As I was talking to the rep he told me a few other loyalty deals.I renewed 2 lines, iPhone XR 128GB and Samsung S21 128GB, he waived all upgrade fees, and shipped out priority next day. I immediately paid $266 (taxes)
It won't be for everyone, but those people who plan to stay with AT&T and have an upgrade available seems decent. I feel it's better than AT&T's new/upgrade 36 month credit deals.

Same Details as the other deal:
Penalty for early termination is $325(subjected to change depending on device) and decreases $10 per month for 2 years. 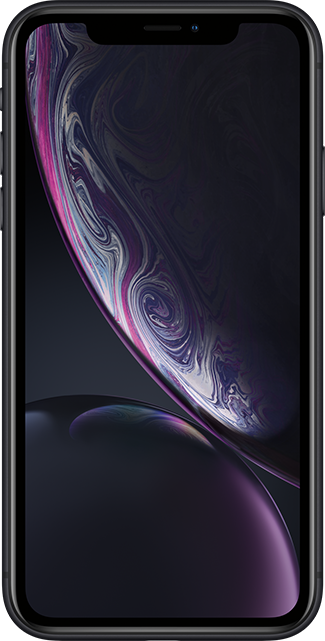 Please note that the actual model is S20 FE

0
Reply
This comment has been rated as unhelpful by Slickdeals users
Joined Nov 2005
L10: Grand Master
34,774 Posts
4,760 Reputation
07-27-2021 at 01:54 PM #4
They have lots of deals that come with strings attached right now. It's not often I am looking for a new phone, so maybe this is more normal now than before. The last time we upgraded (2 of the 5 lines) was about a year ago when they were running the first responders/Dr's/teachers promo.

AT&T was sending me messages that one of my 5 lines was going to have issues when they shut off their 3g service next year. After a bunch of those then they start promising a free phone. OK fine I don't expect it to be great but it's free. Man what a piece of shit it was (Radiant Core or something?). The phone was for the FIL and he was complaining (and he doesn't even really use his phone except to text and call) so I started looking at options - the A32 5G is $5/mo for 36 mo + upfront taxes. Works out to be just under $200 (most of that over 3 years) for a 5g phone that their system recognizes as an S10 Note.

Great phone, not a super flagship phone but a ton better than his old one (LG I forget the model) and a million times better than the shitty free phone.

I liked it so much I got my daughter one last week, same deal, to replace her S7 which is laggy as hell (she doesn't have a lot of crap installed, it's just old tech).

Plus, it will at least be a bit future proofed since it can handle 5g.

0
Reply
This comment has been rated as unhelpful by Slickdeals users
Joined May 2008
L5: Journeyman
820 Posts
357 Reputation
Pro

Our community has rated this post as helpful. If you agree, why not thank ?
07-27-2021 at 02:06 PM #5
BE AWARE - if you have any kind of per line discount, you will lose it when you accept the new contract and some of the agents aren't aware of this. I bought two S21's as part of this offer and we got our next bill and it was $50 + tax higher than it had been. Turned out the contract eliminated our Value Share Mobile Discount of $25 per line. The discount comes back when the contract expires, but you'd be out $600 + taxes while the contract is in effect.

Mine worked out OK. I was finally able to get a supervisor on the loyalty line to remove the contracts and cancel the $325 per line early termination fees. As a bonus, I gave them a poor mark on their followup survey and got a call from a resolutions team member who gave us another $100 bill credit. It took two hours of phone calls, so can't say it was totally worth it.

0
Reply
This comment has been rated as unhelpful by Slickdeals users
Joined Feb 2010
L3: Novice
263 Posts
53 Reputation
07-28-2021 at 05:20 AM #7
Depends on what plan you have, the new plans (Unlimited Your Way) show up each line with it's own price and discounts, there is no top level plan charge on top of that. It makes it much simpler when dealing with many lines with different family members who are responsible to pay their own portion of the bill. Previously I had to also take the total base plan cost and prorate that across all lines, add 1 time charges and some taxes and it could get quite complicated. I also saved $50+/month (9 lines) by switching to the "Unlimited Your Way" plan from my old plan (I think it was "Unlimited More" or something like that), mainly because Military discount applies to each line and was increased to 25% off vs before it only was 15% and only applied on base plan price.

This comment has been rated as unhelpful by Slickdeals users
Joined Jan 2012
L3: Novice
190 Posts
176 Reputation
07-29-2021 at 01:53 PM #9
Advice needed
FIL has an S7 and MIL an iPhone 8 both paid off
2 lines
On mobile share 12gb plan total charge after tax $159
Have a "national discount" ex teachers
They don't use much data. Don't necessarily need unlimited.
FIL was sent an Alcatel idealxtra phone which seems really cheap

Best course of action on plan and phones? Either keeping current plan or changing?

0
Reply
Last edited by brybo86 July 29, 2021 at 02:15 PM.
This comment has been rated as unhelpful by Slickdeals users
Joined Jan 2006
L7: Teacher
2,253 Posts
442 Reputation
07-30-2021 at 06:09 AM #10
$159 for 2 lines is way to expensive. 2 unlimited starter lines with just the autopay $10 per line discount comes out to $120+ fees. You mentioned one of them is a teacher so they should be able to qualify for a teacher appreciation discount of 25% off making it $90+fees. $45 per line is still kind of high but not bad for just 2 lines (unless they're willing to do prepaid). I recommend they go to an att store to add the teacher appreciation discount and chage their plans to unlimited starter. They can then qualify for one of these 24 month contract subsidized phone price deals but these are only available through att loyalty so they'll have to call in. Seems like they don't care about the latest and greatest phones so I bet they can just get something like an iphone SE (or XR or maybe even 11) for free when they go to the store to change plans. That way they dont have to worry about calling in.

0
Reply
This comment has been rated as unhelpful by Slickdeals users
Joined Feb 2010
L3: Novice
263 Posts
53 Reputation
07-30-2021 at 10:58 AM #11
I agree, $159 is way too much for 2 lines, especially considering it's not even unlimited. The unlimited starter is a better way to go, only issue I would say is if they live in a very congested area their speed might get slowed down occasionally, if their in an area like that then they could always move to the next plan up (Unlimited Extra) for another $5/line ($3.75 if you have teacher discount) which gives up to 50GB before they can slow your connection. Can always start with the starter and then move up if needed.

Also starter doesn't include hotspot so if they need that then you'll need the Unlimited Extra plan.

Just a note that, unlike some other providers, AT&T doesn't automatically slow your connection on the starter or extra if you go over your threshold, it will still be full speed unless your in a congested spot where they need that bandwidth for other users.

When I got the (2) A32's they did say the first bill or 2 might be flaky as all sorts of things are prorated, then credits kick in and such, so I wouldn't panic right away if your bill is off, give it a cycle or 2 then complain.