Normal price at Lego website is $50 for each set. This is about a 20% savings. 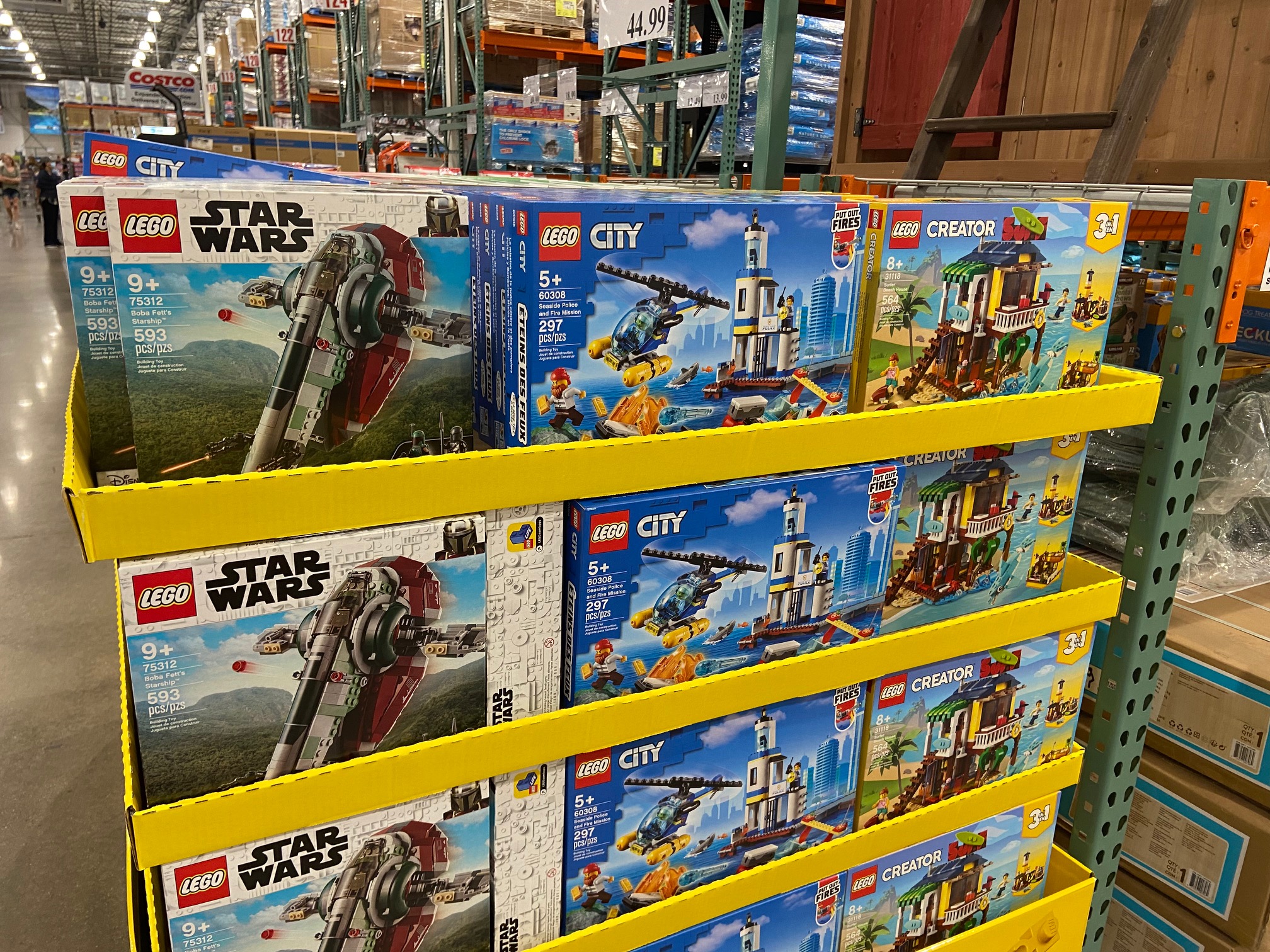 Firefly_Mal posted this deal. Say thanks!
Add Comment
Reply
Created 07-28-2021 at 06:28 PM by Firefly_Mal
in Kids Toys (9) Get Costco Wholesale Coupons
If you purchase something through a post on our site, Slickdeals may get a small share of the sale.
Deal
Score +28
47,802 Views
$38.99
See Deal
About the OP
Send Message
Joined Apr 2012 L3: Novice
84 Reputation Points
17 Deals Posted
296 Votes Submitted
131 Comments Posted

3
Reply
This comment has been rated as unhelpful by Slickdeals users
Joined Jan 2019
L2: Beginner
25 Posts
10 Reputation
07-29-2021 at 11:13 AM #5
It must be a new ship he gets in Mandalorian if they aren't calling it out specifically as Slave I. I hope Slave I doesn't get destroyed.... it's pretty iconic. I was upset when Razor Crest was destroyed

3
Reply
This comment has been rated as unhelpful by Slickdeals users
Joined Jan 2019
L2: Beginner
25 Posts
10 Reputation
07-29-2021 at 11:14 AM #6
Replying to myself.... it does look a lot like Slave I but the box just says Boba Fett's Starship. Weird. Whoever was in charge of typing up the box label must not be much of a Star Wars fan.

2
Reply
This comment has been rated as unhelpful by Slickdeals users
Joined Jan 2010
L6: Expert
1,213 Posts
188 Reputation
Our community has rated this post as helpful. If you agree, why not thank ?
07-29-2021 at 11:24 AM #8
Slave 1 has met the PC/sensitivity filter and been reformed into Boba Fett's starship.

It's still Slave 1. It's not new or gonna get destroyed. It's just the Disney being Disney

3
Reply
This comment has been rated as unhelpful by Slickdeals users
Joined Feb 2021
L3: Novice
148 Posts
46 Reputation
07-29-2021 at 12:49 PM #10
A little less of the PC side and more because they plan on making a big focus on Boba Fett, and then yeah they don't want the term slave associated with a very popular character, i.e. sensitivity. But you're absolutely correct, it's Slave 1 regardless of what the box says, if you're a fan/collector that's what you call it

That said I'm a bit jelly of this, was at Costco the other day and the only lego sets they had was a 3 pack of Marvel in Derp-armor. Spiderman, in spider mech armor, Thor in Thor mech armor and Captain America in the America mech armor. As you might guess, I am NOT a fan of the direction Lego went with those sets.

7 Ways Parents Can Save In 2017
Copy Code & Open Site More Deals from
Did this coupon
work for you?
Copy
Link Copied to Clipboard