dealwhitme
+2 Deal Score
4,891 Views
Dyson has this refurbished Purifier/Fan on sale in their market place.
BestBuy Still has the older generation TP01 on sale for $400.
The TP02 includes smart features, in app control, including Alexa, Google and Air Quality readings. 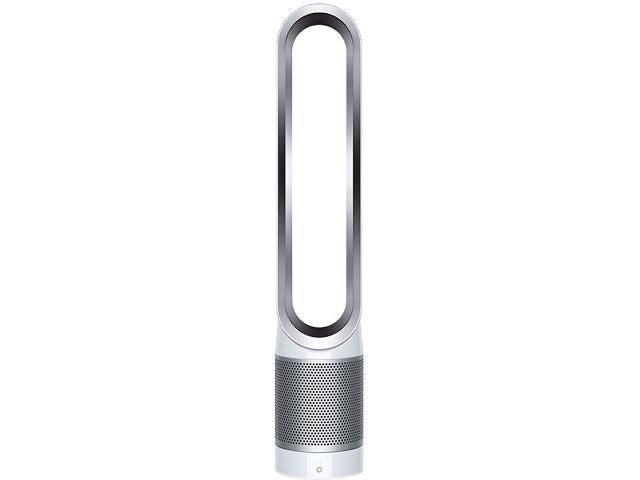 dealwhitme posted this deal. Say thanks!
Add Comment
Reply
in Air Purifiers, Humidifiers & Dehumidifiers (5)
If you purchase something through a post on our site, Slickdeals may get a small share of the sale.

I did grab one from them, 98% condition. Couple scratches on the top of the hoop and the remote was quite worn but functional. Even though there they say no returns, I was able to return it. The fan had an annoying buzzing on anything over fan speed 2. Two emails with ebay outlet rep describing the sound and they sent me a UPS label for return.
AQM works as well as the GernGuardian it was supposed to replace.
Filter was 100%, unlike the Walmart returns. I believe they reseal the returns and that's why you see a lot of reviews that say the filter was used or was clearly used.
Fan itself works well, but it's very loud at fan 10, louder than a 8" Vornado. Running the fan during the winter was a no-go, dropped the room temp 7° overnight on fan 1.

0
Reply
This comment has been rated as unhelpful by Slickdeals users
Joined May 2013
L4: Apprentice
404 Posts
71 Reputation
07-31-2021 at 12:26 PM #4
this is a slick deal but i ordered one and just received it and it has a pretty huge noticeable crack right on top rofl, trying to think if i should return it/exchange with newegg or file a claim under the dyson warranty.

Order it from Walmart at 189.99$ cheaper and better return policy