$169.00
+13 Deal Score
4,766 Views
I was browsing another post for the same printer from 3d printers online store, and I noticed the manufacture has it on sale for $0.99 cheaper and includes 1 kg filament with code HAPPY-NEW-YEAR. (Normal Price listed as $239)

I've been looking at getting an entry level printer, and this seems like a pretty solid start. 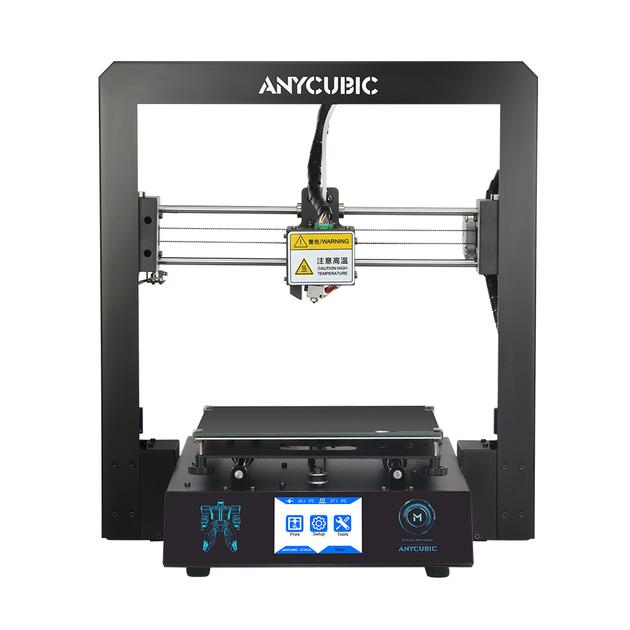 From glancing through reviews, some people really like the i3 Mega and feel like it's a "just buy it and do almost no set up and it's ready to go" no hassle printer. But a warped bed is going to ruin anyone's day on any printer. At the same time, questionable beds are often brought up as a complaint with Ender 3s. All of these lower end printers go cheap on the aluminum plates they get for beds, so there's some percent of lemons. Adding on a BL-touch or similar system can help compensate if it's compatible with the printer, but only within limits.

I don't know if you can easily mod these i3 Megas.

To a certain degree, if you're going to cheap out this low on a 3d printer (and granted, this is definitely a sale price), the first thing I'd do is make sure you're ordering from someplace where if it's not good to go out of the box, you can send it back easy rather than messing with support (or from a manufacturer that has an amazing support/warranty reputation, and I don't think any of them do to THAT level: Prusa is generally ~decently~ regarded but I've found bad stories in relation to them, and from the US there's the whole "they're based out of the EU" thing working against you there... I know someone in Cali working for a big name company that has had TERRIBLE luck with a string of lemons and unresolved service work/visits with Formlabs Form 3, so even then...).

So I don't know. The Ender 3 probably has a wider customer base so easier to get help, find instructions, find easy mods, but it requires a bit more setup. A fun project if you're comfortable with following instructions reasonably carefully, involving, for the most part, just bolting things together.

The Anycubic i3 Mega seems fairly decently regarded as a lowish end and simple to set up printer, so at a price comparable to the sale prices for an Ender 3, it might be worth just grabbing. At the same time, for anyone who thinks that the Ender 3 looks intimidating and is veering away from it due to that, I'm skeptical of recommending anything that tries to appear less complicated. Putting together a printer like an Ender 3 is a good way to gain a surface understanding of what's going on as you go and feel confident you can tear it back down and fix/replace things when something goes wrong: because something will go wrong eventually, with a 3d printer.

Reply Helpful Comment? 2 0
This comment has been rated as unhelpful by Slickdeals users
Joined Oct 2012
L2: Beginner
36 Posts
30 Reputation
01-21-2020 at 01:25 PM #7
I don't know anything about this printer, but if you are going to spend $170 I think you are better off to get an Ender 3 from Aliexpress for $176 as I don't know how it could get any better than that for the cost. Looks like the US stock is empty right now, but I'd assume it won't take long to get some in. I went with the 3 Pro for $195 shipped with three rolls of filament and a tempered glass bed, doesn't look like its available anymore but will likely roll around again.

Assembly on the Ender 3 Pro was extremely simple, my 10 year old did most of it, and is a great way to learn how it works since you will need to tear it apart at some point for maintenance. There is an insanely large knowledge base on forums, Thingiverse is flooded with upgrade parts, and knock on wood I have yet to have a major problem with mine. Even if I did have a major problem, parts are cheap and readily available. I can overnight a mainboard from Amazon for $40...

IMO, if you don't have the skill (or willingness to learn) to assemble the Ender 3 Pro, 3D printing isn't for you anyways.
Reply Helpful Comment? 0 0
This comment has been rated as unhelpful by Slickdeals users
Joined Apr 2017
L2: Beginner
64 Posts
40 Reputation
01-21-2020 at 01:40 PM #8
Yes. My 11 year old uses it to print Pokémon Gym badges and loves it. He runs downstairs to the printer first thing in the AM because we usually set up an overnight print.
Reply Helpful Comment? 0 0

This comment has been rated as unhelpful by Slickdeals users
Joined Apr 2017
L2: Beginner
64 Posts
40 Reputation
01-21-2020 at 02:44 PM #9
Agree 100% here and most of the time you have to take the reviews with a grain of salt due to people with no experience buying them and expecting to unbox, plug in, and be off and running.

3D printing (whether FDM or SLA) means constantly tweaking both your machine and you process until you either give up or get everything dialed in and are off and running.

As this poster touched on, there will always be issues that pop up that need addressed.

Safe move regardless of brand IMHO.

Once you get a printer, next step is arduino, electronics. motors and a little programming go well with 3d printing and a great way to get your son interested in a good skill to know.

Tons of tutorials on the arduino side.

The Top Anker Products To Bring Into Your Electronic Biome