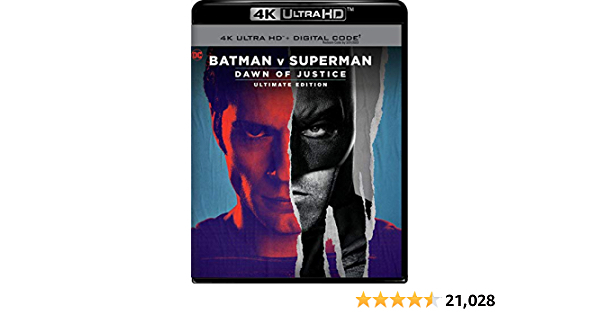 KillJoyEX posted this deal. Say thanks!
Add Comment
Reply
in Blu-ray & 4K Blu-ray (4)
If you purchase something through a post on our site, Slickdeals may get a small share of the sale.

4K UHD/HDX Digital Films: Murder on the Orient Express, Fantastic Mr. Fox $5 Each & Many More
$5 Each
& Many More
80 36
Frontpage Deal

0
Reply
This comment has been rated as unhelpful by Slickdeals users
Joined Sep 2010
L7: Teacher
2,681 Posts
363 Reputation
Our community has rated this post as helpful. If you agree, why not thank ?
08-02-2021 at 02:16 PM #4
The IMAX scenes have been restored to their "native" aspect ratio around 1.43:1 on this disc. The rest of the movie hasn't been changed from widescreen.

This comment has been rated as unhelpful by Slickdeals users
Joined Jan 2017
L3: Novice
293 Posts
98 Reputation
08-03-2021 at 09:22 AM #9
I double-dipped on it. It sounds like the 2016 release (4k) had some messed up colors, this fixes/color-grades them correctly. It also opens up the previous imax scenes from 16:9 to 4:3 (so you get more image on the top and bottom, but it results in black bars on the sides. This is apparently ~30 minutes worth of scenes.

The movie itself is the same cut, so no new content.

This set also loses the Blu-Ray (which I think had a theatrical cut?) and likely loses the extras (since those were on the blu-ray). It does have a digital code still, but only the directors cut (not both like the earlier 4k release)

With that said: If you don't have a 4k player or don't care about the "opened up" frame/colors, then no - would not recommend upgrading.

Where to Find the Discounts on The Amazon Fire TV Stick 4K
Copy Code & Open Site More Deals from
Did this coupon
work for you?
Copy
Link Copied to Clipboard