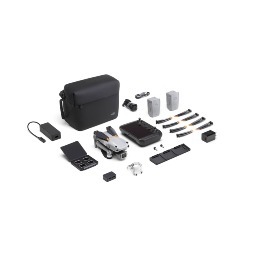 0
Reply
This comment has been rated as unhelpful by Slickdeals users
Joined Oct 2005
L4: Apprentice
482 Posts
70 Reputation
05-18-2022 at 05:25 PM #3
Mini 3 has same wind resistant as air2. Check the rating and YouTube reviews lol. It can hang with the big boys now with the new prop design.

I shoot mostly at beaches with a lot of wind. I sold my air2 and pre ordered mini 3

0
Reply
This comment has been rated as unhelpful by Slickdeals users
Joined Aug 2004
L2: Beginner
59 Posts
27 Reputation
05-25-2022 at 02:02 PM #8
It is available for the same price at amazon (5% back with amazon prime cc and 30 days return). But note - that combo does NOT include RC Pro anymore - it comes with the old Smart Controller (starting from April 2022) which does NOT support O3 (OcuSync 3.0); Smart Controller works much worse then regular controller with Air 2s.

This comment has been rated as unhelpful by Slickdeals users
Joined Aug 2011
L6: Expert
1,421 Posts
350 Reputation
05-27-2022 at 05:15 AM #9
Not true. The Air 2S has higher voltage batteries. Try comparing any 2S copter with a 3S and you'll know there is a massive difference between the two regardless of what the spec sheet says. Can the 3 Pro stay in the air? Sure, but its going to be tossed around like a beachball where the 2S would fair substantially better.