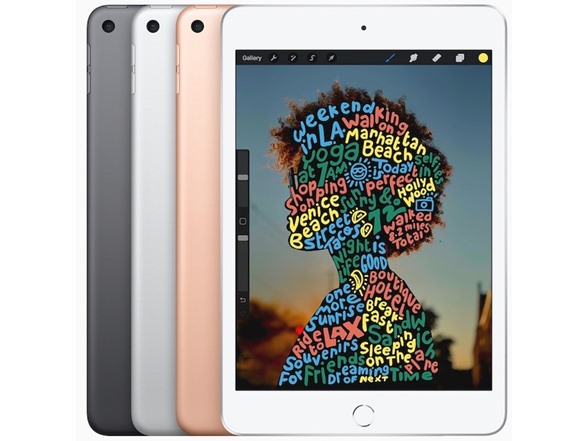 This comment has been rated as unhelpful by Slickdeals users
Joined Aug 2013
L3: Novice
180 Posts
30 Reputation
06-26-2022 at 10:04 AM #2
Pretty good deal on the iPad Pro, basically still the best buy pre-M1. Unfortunately they aren't selling the 1TB/6GB model that would give you that extra 2GB of RAM for heavy workloads and future software needs.
The 3rd Gen iPad Pro was so overpowered, it will probably last for many years to come spec wise.

0
Reply
This comment has been rated as unhelpful by Slickdeals users
Joined May 2007
L3: Novice
215 Posts
26 Reputation
06-28-2022 at 01:27 PM #3
I don't understand why this isn't a good deal. $499 buys a 3rd gen iPad Pro 12.9 with 256K (wifi only). It IS a Scratch and Dent model. I have no experience with such things. Is a Woot Scratch and Dent going to be significantly trashed? Are Woot returns reasonable, if the screen is too scratched up or something?

Edit: I ended up buying a refurb from Walmart [walmart.com]for $530

It was worth $30 to work with a company I know. I can return the iPad Pro to a store if I decide I don't want it, which is a big advantage for me.

Edit: I bought an Apple Magic Keyboard from Amazon [amazon.com] for $55

There are two comments on this deal, on Woot:

It is difficult to know how the future of iPadOS upgrades will proceed for the iPad Pro 12.9" since all iPad Pros and the IPad Air have now moved away from the current latest mobile A15 cpu to the far more powerful laptop and desktop M1 cpus. But since even the very first iPad Pro 12.9" with A9 cpu will get iPadOS 16, that hints this 3rd gen will get at least another 2-3 iPadOS upgrades.

Agreed. By benchmarks, the iPad Pro 3rd Gen is actually about as powerful as the 4th Gen, with nearly identical physical specs. Making it a solid buy for anyone that doesn't actually "need" an M1. Which on an iPad for the foreseeable future, is nearly everyone.

One thing of note, the deal is only for the 512GB model and below, which although not advertised, only gets 4GB of RAM. The 1TB model not listed, gets 6GB, making it much more future proofed with the direction iPadOS is going. The top spec M1 iPad Pro gets 16GB of RAM for comparison.

Users have already been able to successfully port over some of these features to other models with zero functionality loss. Also pointing out that the M1 iPad Air doesn't even have some of the hardware they're using as an excuse not to provide these features across the product line. Making them flat out liars. But hey, Apple will Apple.