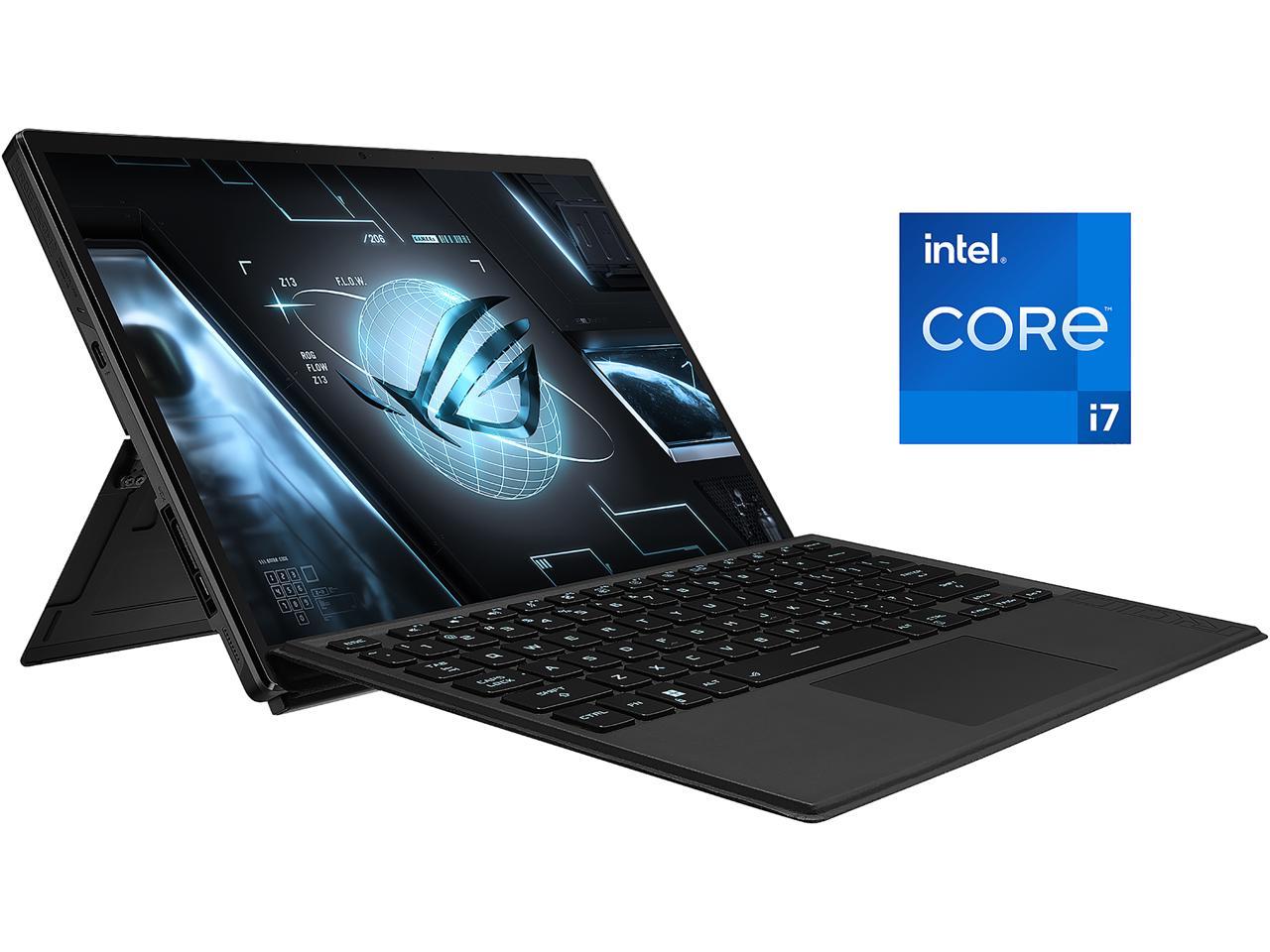 Suryasis posted this deal. Say thanks!
Add Comment
Reply
in Tablets & eReaders (19) Get Costco Wholesale Coupons
If you purchase something through a post on our site, Slickdeals may get a small share of the sale.

I never understood them. They have to be set up on a flat unmoving surface to use as a "laptop", but you can't use on your lap. They have a much larger footprint than a comparable laptop.

You can use it as a tablet and draw/write with a pen though.

This is a very potent system, but can anyone give a reason to get this (or a Surface) over a 2 in 1 or a Laptop/iPad combo?

Plus, doesn't this have a external gpu that costs a ton?

1
Reply
This comment has been rated as unhelpful by Slickdeals users
Joined Apr 2017
New User
74 Posts
41 Reputation
06-30-2022 at 08:23 AM #4
I bought Surface using company money and using it strictly to record meeting note. Afaik, the transcribe function of Words works ok using on laptop. I can write my own note aside from that. Rather than that, I don't use my Surface much

0
Reply
This comment has been rated as unhelpful by Slickdeals users
Joined Jul 2015
L10: Grand Master
16,920 Posts
14,432 Reputation
Original Poster
Pro
Expert
06-30-2022 at 09:00 AM #5
Most of the high end detachable Windows Tablets are very niche products and the use cases are very specific. For general usage, you're absolutely right that you can get a similar high end laptop or 2-in-1 convertables at far lesser price and the smaller 360 degree devices are pretty good for tablet usage like drawing, taking notes etc. Also, Windows OS, even the latest Windows 11, not really practical for tablet only usage. It's really difficult to point out a specific use case for these devices, it may varry for users, what their works are. If you don't need it then simply ignore it.
As for this specific gaming tablet, I think this is a Show-Off product from Asus to advertise their engineering capabilities. Personally, I'll pickup X13 over this one anyday. That's not only cheaper but a far practical devices.

0
Reply
This comment has been rated as unhelpful by Slickdeals users
Joined Aug 2018
New User
16 Posts
10 Reputation
06-30-2022 at 12:47 PM #6
If you want a Surface style device (there are some cases where it's nice to be able to turn it into a sub-optimal tablet), and you also want a GPU that can allow light gaming or extra productivity, this is the only device on the market that can do it. Microsoft doesn't make a model with a GPU.

They're too big and clunky to be used exclusively as a tablet (unless you are in a niche industry that needs a powerful Windows tablet with pen input). And speaking of which, there's virtually no worthwhile Windows tablet software. I've been looking since Windows 8...and there's nothing that isn't done better on iOS.

iOS does tablet & pen input tremendously better, and iOS has a cultivated ecosystem of mature applications.

They're not extremely portable -- you need a large table to use them, and they're virtually impossible to use when carrying or on your lap, unlike a traditional laptop. So that excludes most students taking notes in classes and on-the-go business travellers.

With the exception of this specific unit, which I'll admit is decently well-specced, most of these kickstand machines (Lenovo X12, Microsoft Surface Pro, etc) aren't very beefy. Lenovo's X12 is using a low-power line of Intel CPUs, the Surface line doesn't have a strong GPU. So these machines aren't typically for those with heavy workloads. And I'm sure with this Asus, you can find stronger traditional laptops at the same or lower price.

So, other than niche users or those looking for a fire-sale bargain who just don't care about the form factor (like the recent X12 sales) -- who are these kickstand machines for? Not too portable, not too powerful. It's just not practical.

0
Reply
This comment has been rated as unhelpful by Slickdeals users
Joined Jul 2008
L5: Journeyman
647 Posts
64 Reputation
07-01-2022 at 12:42 PM #8
I mean, it is an engineering marvel but it's a much better gaming device than the x13 too. The x13's screen response is slower, it's fans are WAY louder, it has surface temps that are far hotter because the actual 'laptop' part is thinner than the z13, and the hot air blows onto your hands if you have it in your lap if you're using 'presentation mode'. You have to use 'Tent mode' if you're wanting to use it in your lap with a controller to game which is far more awkward and unwieldy than just plopping a little tablet down and getting to what this thing is meant to do.

Honestly, this would be a transformative product like the steam deck IMO if the 3050ti model were priced somewhere closer to a pricepoint that most could justify as a secondary or tertiary gaming device. Of course, if you want to pick up the great but overpriced XG mobile, then it can be your #1 device, period.

This comment has been rated as unhelpful by Slickdeals users
Joined Jul 2008
L5: Journeyman
647 Posts
64 Reputation
07-01-2022 at 12:44 PM #9
Gaming. It's an amazingly portable gaming machine. You'd pay the same for any of the high end portable handhelds that are the steamdeck. This serves a similar function for me. Couch gaming with xbox controller. No keyboard needed.

0
Reply
This comment has been rated as unhelpful by Slickdeals users
Joined Sep 2019
L2: Beginner
92 Posts
34 Reputation
07-01-2022 at 12:55 PM #10
I'm not into gaming, but I'd imagine you'd find other decently specced gaming laptops in the same price point or cheaper -- which have the ability to be used as a traditional machine too. I can't imagine the desire to rip off a keyboard is worth that much of a cost, performance loss, utility loss.

0
Reply
This comment has been rated as unhelpful by Slickdeals users
Joined Jul 2008
L5: Journeyman
647 Posts
64 Reputation
07-01-2022 at 01:06 PM #11
You're not really understanding the use case. You cannot use even the x13, which is the closet traditional laptop turned 2in1 gaming device, effectively on the couch or in bed (any other traditional laptop is going to be far worse because of thermal issues, ergonomics, etc...). There is simply no device that does what this thing does. You're obviously not the market, and most people don't really understand how transformative and effective this thing is for on-the-go gaming. Like I said, the target audience for this thing is somewhere closer to the steam deck's. I bet if a lot of gamers were able to trial the thing for a week, they'd really, really enjoy the kind of gaming experience it enables.

ou mention thermal issues and ergonomics -- and all I can think of is "that tiny thin chassis is going have thermal throttling written all over it" and ergonomics "look at how much table space that uses! and it's impossible to hold or carry. it's an ergonomic nightmare."

I get what you're saying about thermals -- a normal laptop would sink into fabric causing terrible heat dissipation. I'd counter with this: get a piece of wood or plastic to sit it on, not unlike a bed tray for food/drink. They're inexpensive (especially if you DIY or repurpose literally any solid surface), and you can look at a proper laptop with better thermals & form factor -- pocketing the difference since you're not limited to pricey 2-in-1s. And with such a traditional setup, you can use a laptop cooler stand for additional airflow -- giving better performance.

0
Reply
This comment has been rated as unhelpful by Slickdeals users
Joined Jul 2015
L10: Grand Master
16,920 Posts
14,432 Reputation
Original Poster
Pro
Expert
07-02-2022 at 05:07 AM #14
I am not going to argue with you about the use case of this device as I have mentioned, if you need something like that, this is probably your only option. But your comparison about X13 is completely wrong. What you tried is trying to compare the last year's X13 with this device. 2022 X13 refresh has the exact same screen as this one. Go and check some reviews and you'll find that as well. And why this Tablet has lesser fan noise? Because the backside is not getting restricted and getting enough airflow, a concept they have taken from their ROG Mothership concept. It has even lesser fan noise than some of the big Gaming laptops with similar hardware.