This deal may be eligible for up to 1% cashback at GameStop with Cashback Rewards, a program exclusively for Slickdeals members that enables you to maximize your savings by earning Cashback Rewards Points on select deals found on Slickdeals. 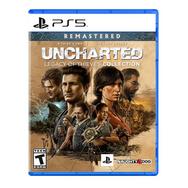 0
Reply
This comment has been rated as unhelpful by Slickdeals users
Joined May 2015
L3: Novice
112 Posts
54 Reputation
08-06-2022 at 12:54 PM #3
It bothers me that the PS5 version of Horizon Forbidden West is $10 more even though it's a free upgrade from the PS4 version. It's the same with other retailers and through Sony directly. There's literally no benefit to buying the PS5 version over the PS4 version.

Other than that complaint, the game itself is solid. Visually amazing and the PS5's load times are insane. Going from the title screen to the large open world in less than 5 seconds and near-instant fast-travel blows my mind every time. Gameplay is pretty good too; strategically targeting giant robots' weak points and elemental weaknesses is immensely satisfying. The main character is a bit annoying to me, but the worldbuilding and other characters more than pick up the slack.

0
Reply
This comment has been rated as unhelpful by Slickdeals users
Joined Aug 2005
L3: Novice
219 Posts
22 Reputation
08-07-2022 at 02:44 AM #4
I think I write this every time I see this statement and the main reason to pay $10 more is for people like me who like in a country setting with SLOW internet so we don't have to wait for days/weeks to get the update. Of course Sony could pull the free update any time they want too.

0
Reply
This comment has been rated as unhelpful by Slickdeals users
Joined Mar 2019
L3: Novice
159 Posts
10 Reputation
08-08-2022 at 05:56 AM #7
Originally it was not gonna have a free upgrade. That was added later due to complaining from the public. Sony said this would be the final game to offer a free upgrade.

Also, part of the complaining was due to some unclear phrasing from when it was announced making it seem heavily implied that Forbidden West would include a free upgrade. So when the price was announced it made it seem like Sony was walking back on their previous announcement. So good on them for at least listening to the feedback in this case.

(I still hold the opinion that games do not deserve the price hike this generation in general, or at least have not so far, but that's a different discussion.)