Add months to an Xbox Live Gold subscription using digital subscription codes purchased from Microsoft or another retailer (Amazon, Newegg, Target, etc.). Costco is the best for members who need a 12-month Xbox Live Gold code. Increase the time on Xbox Live Gold, not standard Xbox Game Pass—Xbox Live Gold is the cheaper option.Add time in the largest increments possible—a 12-month code for Gold works out much cheaper per month than the one-month, three-month, and six-month varieties. When purchasing codes, always remember that Microsoft's servers won't let you redeem a code for a duration that exceeds the 36-month cap. (Example: You're at 34 months, but attempt to redeem a three-month code. The servers will not let you activate it.) Short multi-day trial codes for Xbox Live Gold won't work for this promotion, like those for three days or two weeks.

Step 2
Activate your Xbox Live Gold codes. Again, as your final reminder, if you have three 1-year subscription codes for Xbox Live, do not agree to recurring billing in order to redeem your final code.

If you are using a patchwork of different codes, triple-check your math to be sure you know how many times (if any) you need to agree to recurring billing.

Step 3
Activate the $1 Xbox Game Pass Ultimate trial. (You can also do so via the Store on an Xbox console.)

You will have two screens to pass through. The first, shown at right, explains how the conversion works if you already have an active Xbox Live Gold or Xbox Game Pass subscription. (Which you should, if you followed Step 2's instructions.)

The second that follows will ask for billing information, in order to process the $1 charge for the one-month Game Pass Ultimate trial.

You should now see "Xbox Game Pass Ultimate" listed under Services and Subscriptions on your Microsoft account page. By default, your Game Pass Ultimate subscription will be set to recurring billing. We suggest you turn this off, lest you be taken by surprise when your subscription expires (especially if that's three years from now). You can do so by clicking on "Manage" just to the right of the billing information. 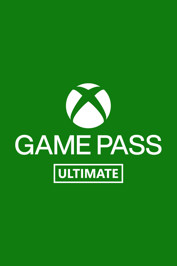 BryanK87 posted this deal. Say thanks!
Add Comment
Reply
Created 11-27-2022 at 06:53 PM by BryanK87
in Video Games (2) Get Xbox.com Coupons
If you purchase something through a post on our site, Slickdeals may get a small share of the sale.
Deal
Score +65
89,568 Views
See Deal
About the OP
Send Message
Joined Apr 2013 L2: Beginner
121 Reputation Points
3 Deals Posted
18 Votes Submitted
74 Comments Posted

3
Reply
This comment has been rated as unhelpful by Slickdeals users
Joined Apr 2014
L2: Beginner
85 Posts
18 Reputation
11-27-2022 at 07:16 PM #4
That was my first thought but I've been struggling to find a good deal. My last time with this conversion I ended up with 3 years for less than $90. I don't know that it's worth a lot more than that to me and I can't find anywhere close to there.

0
Reply
This comment has been rated as unhelpful by Slickdeals users
Joined Jan 2006
L9: Master
4,667 Posts
641 Reputation
Our community has rated this post as helpful. If you agree, why not thank ?
11-27-2022 at 07:20 PM #5
And don't be a doofus like me and forget to turn off auto-renew just because your card will expire before it renews. MS will charge your expired card, and it will go through to your updated card even after they tell you your payment option has expired.

2
Reply
This comment has been rated as unhelpful by Slickdeals users
Joined Jul 2010
L5: Journeyman
579 Posts
112 Reputation
11-27-2022 at 07:23 PM #8
I'll be doing the three year conversion here soon for my son since he's getting an xbox s for Christmas. A few sites are cheaper, but not by much from when I looked the other day.

This time around, since I was an existing member, I had to pay like $13, I think, for the conversion. Still came out to around $72 for 3yrs.

1
Reply
This comment has been rated as unhelpful by Slickdeals users
Joined Jul 2010
L5: Journeyman
579 Posts
112 Reputation
11-27-2022 at 07:39 PM #10
Can you shoot me a message telling me where you got your codes? I checked a few that reddit recommended and I'm coming up with $150ish for the three year conversion.

Or will this even work for us since we already used the ultimate upgrade back on our previous gen Xbox?

1
Reply
Last edited by CalmSwallow3224 November 27, 2022 at 10:09 PM.
This comment has been rated as unhelpful by Slickdeals users
Joined Mar 2006
Practical Cheapskate
3,242 Posts
795 Reputation
11-27-2022 at 10:12 PM #13
You can get cheaper if you're willing and able to do VPN and Eneba. What the OP suggested is fine too. Still plenty of a good deal and less hoops to jump through. Not as slick, but not everyone wants to go through non-official or gray-market websites.

4
Reply
This comment has been rated as unhelpful by Slickdeals users
Joined Apr 2014
L2: Beginner
85 Posts
18 Reputation
11-27-2022 at 11:24 PM #15
I actually don't mind Eneba, haven't had an issue, but it's all VPN now and unfortunately Eneba's cheapest 3 month is $13 which is way too much. Last time I signed up a random account with my VPN for Game Pass Ultimate, Microsoft locked it out and made me verify a real cell number to get back in which basically has burned that number for me.