D&D Beyond 25% off individual books and $170 off the Legendary Bundle (digital only, not hard copy)

For a limited time, use code
NOTTHROWINGAWAY for 25% off individual books or
MYSHOTATLEGENDARY for $170 off the Legendary Bundle!

This is for DIGITAL copies of the books and adventures for use with the D&D Beyond app on your phone, computer or tablet. If you are tired of pen and paper you can have your character sheets, reference books and everything else you need to play on your phone, tablet or computer. D&D Beyond has a nice character and encounter generator as well. They are working on adding a digital dice roller too.

I've got my hard copy books but barely crack them open anymore and just use my phone or computer when I play. 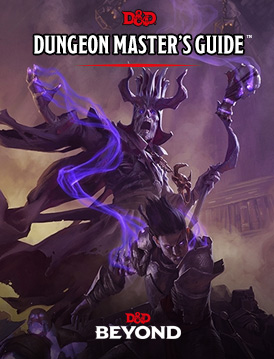 03-13-2020 at 12:43 AM #3
I think it's really nice to see D&D gaining so much legitimacy and such a huge player base. I like what they did with 5.0 and the introduction of the one shot campaign and the Adventurers League weekly events at game stores. The concept of being able to drop in occasionally and join a pick up group game and finish in one night is a great way to introduce new players. Then they can find a group and dedicate more time to an extended campaign when they are ready to make that commitment.

I've been playing since D&D Basic when if you tried to recruit new players they thought it was some kind of devil worship due to the hysterical media reports. It's so very acceptable to be a fantasy geek/nerd now and I love it!
0
0
0
0
Reply
Last edited by Paladin3 March 13, 2020 at 06:52 AM.
Page 1 of 1
1
Join the Conversation
Add a Comment

Coupon 20% OFF Save On Select Weathertech Floor Mats 328 Redeemed

Quibi is Celebrating its Launch with 90-Day Free Trials for All
Copy Code & Open Site More Deals from
Did this coupon
work for you?
Copy
Link Copied to Clipboard