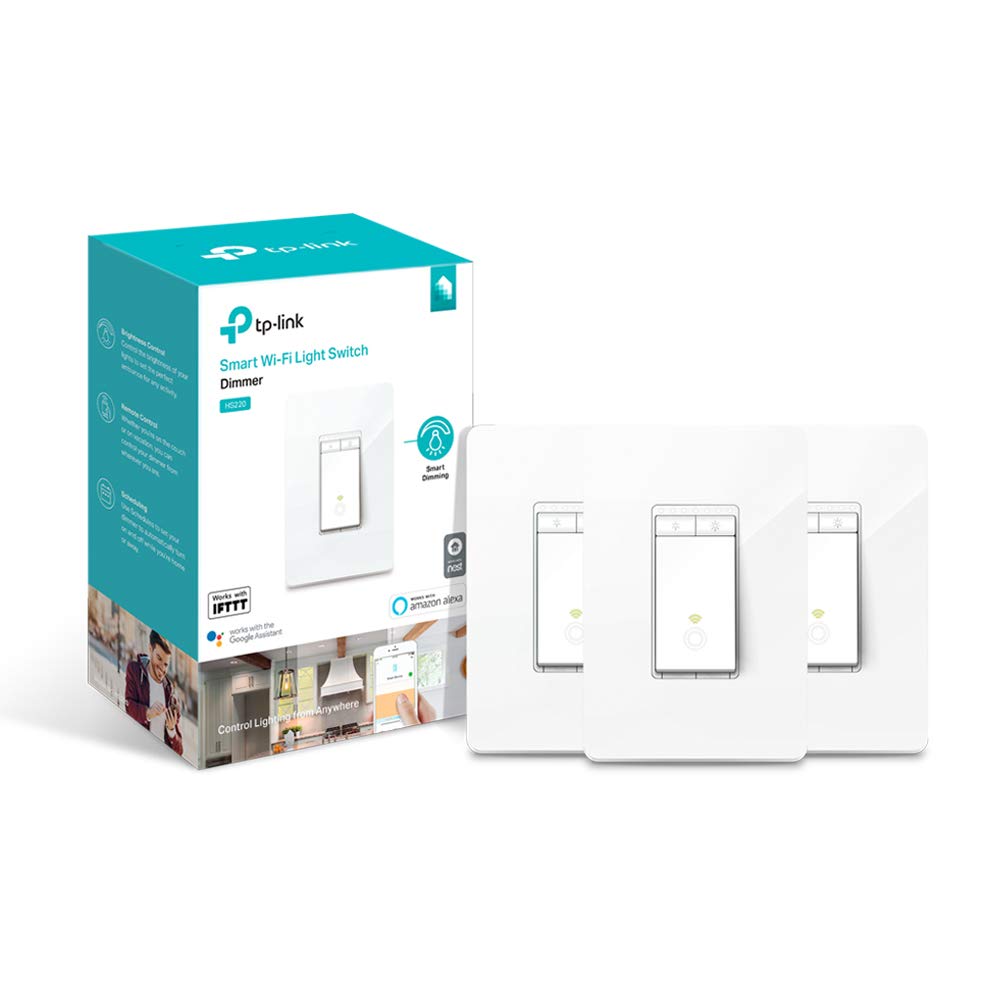 weekendwarrior8 posted this deal. Say thanks!

Three individual single pole dimmers
Add Comment
Reply
in Lighting (8)
If you purchase something through a post on our site, Slickdeals may get a small share of the sale.

I have about 12 Kasa switches in the house. They run flawlessly even after power outages and router resets. They just work! Integrates well with Alexa. I almost don't touch switches anymore!
the wemo app is terrible and buggy. it took me forever to add a wemo light switch to the app (they also require you to create an account now). i've had no problems using the kasa app and setup is smooth and painless.

About 3 weeks ago, I purchased a number of single pole, 3 way's, a dimmer and some plugs, all Kasa.

If you are just starting out, or planning, be aware that there are NO 3 Way Dimmers available in the Kasa lineup. There is a thread on their support site about it, with what seems to be hundreds of people chiming in about the same. It's supposed to be in the works. It needs to be. I have 4 main areas of the house in need of 3 Way Dimmers.

Next, I had a hell of a time with my devices staying online. Not the norm from reading the reviews or the support forums. So I figured I was in the minority, and decided to hammer my issues out myself. 2 weeks, they kept going offline/unavailable randomly.
I had a more unique configuration, running pfsense, and having 2 older netgear routers (set as AP's) and a newer Asus router as an AP.

First step was to assign static IP's for all the devices, which is recommended throughout their forums. It didn't fix anything, but makes things nice and neat. I have set aside space for plenty of future devices.

I bricked an old Netgear router changing/fiddling with the 2.4ghz settings, tried tomato and DDWRT, and just made matters worse. Removed both Netgears and got another Asus, and continued to have the problem, but not as bad. Kept playing with settings on the 2.4 band, and now... it's flawless, rock solid, always available.

Since getting them working/responding well in the Kasa app (which is pretty decent, I don't hate it), I have finally setup my old Echo Dot (which I'd stopped using a year or two ago) and after getting Kasa setup with that, it all works very well.

How Open Box Deals Work and What to Know to Save Up to 50% on Big Ticket Purchases
Copy Code & Open Site More Deals from
Did this coupon
work for you?
Copy
Link Copied to Clipboard