Thanks to community member MarvelMeetsDestiny for finding this deal.

Written by
About this store: 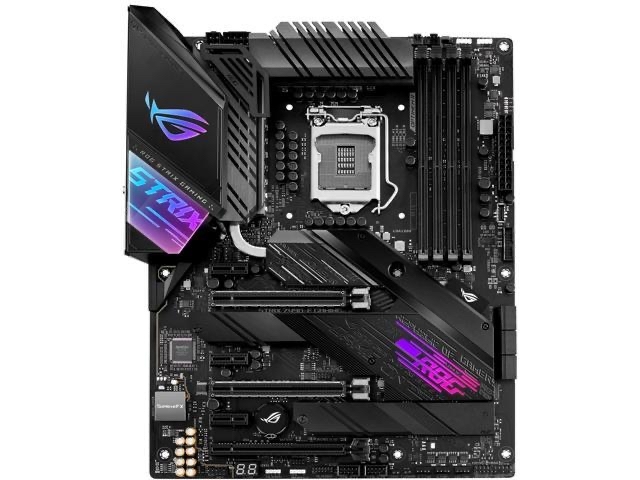 MarvelMeetsDestiny posted this deal. Say thanks!

Mobos and gpus will see enhanced Trump China tariffs go into effect.. hopefully something democrats can fix.. resellers are bumping prices of gpus ahead of the tariffs to gouge Bitcoin miners again. Btw, not really the year to buy Intel cpu anyway.

0
Reply
This comment has been rated as unhelpful by Slickdeals users
Joined Nov 2014
L6: Expert
1,638 Posts
187 Reputation
01-13-2021 at 12:37 PM #6
Think that will happen? Mostly thinking it's not because the board is less than a year old and this board in particular sells well and has good ratings.

0
Reply
This comment has been rated as unhelpful by Slickdeals users
Joined Mar 2014
L6: Expert
1,983 Posts
295 Reputation
01-13-2021 at 01:00 PM #7
Not very optimistic about that tho, just my wishful thinking haha. The tariff affects mobo too. Plus this specific board seems to be an overstock item for NE, they've bundle sht ton of these with Asus's 30 cards.

Turned out this board gave me all kind of trouble or new challenge that never seen a few years ago when I built my last Asus ATX board. First of all, other than a M2 nvme on board, none of my samsung sata SSD can be recognized from the same windows 10 installation flash drive used to build the previous PC. I tried with legacy or uefi setting in the boot menu, the motherboard finds the SSD drive fine but windows 10 install won't. So I can only install windows to the M2.

Then I tried to clone my sata SSD drive from the old PC and add to the z490, the windows 10 boot up but won't log me in. Is this a new security feature in newer windows or UEFI? that it knows the drive is moved to a new montherboard so it won't log in?

That and I have even begun with the ethernet drive problem with the onboard ethernet, I first need to log on to the windows I guess. Now two weeks after new year I'm still struggling withe build but the motherboard already dropped price, lol. What a joke.

This comment has been rated as unhelpful by Slickdeals users
Joined May 2014
L4: Apprentice
474 Posts
143 Reputation
01-13-2021 at 02:39 PM #10
That's strange, I just installed a 390 strix in, and i can swap around m.2 and SATA SSD's, as I had to in order to keep my install. I used a USB to install a new version of windows on my samsung, but then overwrote it with the cloned drive after.

Hell, I cloned my drive (yes, i know people don't like that) and it works perfectly from my old alienware z390 board to this new one in a new case with new everything else as well.

0
Reply
This comment has been rated as unhelpful by Slickdeals users
Joined Dec 2015
L6: Expert
1,279 Posts
245 Reputation
01-13-2021 at 03:29 PM #12
This has been on my Best Buy wishlist for some time now (was contemplating on actually purchasing it 2 weeks ago because I have a Birthday 10% off coupon from Best Buy). But ultimately, it doesn't make sense because I currently have a Z390 LGA-1151 system. I'm 99% sure the 11th-gen Intels will be the last Intels using the LGA-1200 socket (from all the tech journalists I've been listening-to); so it doesn't make sense to go a new platform for a "small" upgrade. I say "small" because Intel announced the new Desktop 11-gen processors a few days ago and many journalists are very underwhelmed. The 11-gen Core i9 Desktop chips for instance barely puts up a fight against the AMD 5900X in gaming or productivity work (and that is only AMD's mid-level chip). So my logical upgrade is to go AMD AM4 platform and perhaps get one of the new 5000-series Ryzen's.

FWIW, I had also been following prices on the cheaper Strix Z490-F (it lacks that numeric LED-code readout on the motherboard, but probably has 95% of the features of the "E" variant). I followed 3 auctions for brand new Z490-F motherboards on eBay over the last 2 weeks and the winning auction is usually ~$175 with shipping.

2
Reply
This comment has been rated as unhelpful by Slickdeals users
Joined Aug 2010
L6: Expert
1,100 Posts
479 Reputation
Our community has rated this post as helpful. If you agree, why not thank ?
01-13-2021 at 05:36 PM #14
Many z490 boards actually do include the necessary hardware to use PCIe 4.0 when using a Rocket Lake chip. Asus is unusual in that their z490 boards do not have that ability. Gigabyte and MSI both support pcie 4.0 on most of their z490 boards.

0
Reply
This comment has been rated as unhelpful by Slickdeals users
Joined Jul 2019
L6: Expert
1,706 Posts
85 Reputation
01-13-2021 at 06:16 PM #15
Mobos and gpus will see enhanced Trump China tariffs go into effect.. hopefully something democrats can fix.. resellers are bumping prices of gpus ahead of the tariffs to gouge Bitcoin miners again. Btw, not really the year to buy Intel cpu anyway.

Review: Dell's OptiPlex 7780 All-In-One PC is a Jack Of All Trades