Slickdeals Forums Deal Talk [Steam] Rise of the Tomb Raider: 20 Year Celebration $5.55, Tomb Raider GOTY $5.33
Advanced Search
Sorry, this deal has expired. Get notified of deals like this in the future. Add Deal Alert for this Item
Popular Deal

Service fees apply when you select payment method. Use the discount code RAIDERSONTHESTORM to cover service fees (For PayPal and credit card) and drop the price down at checkout. 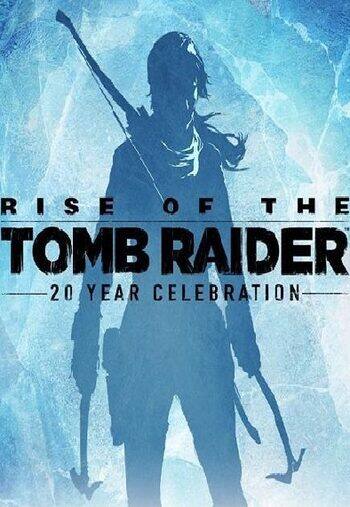 JZ1989 posted this deal. Say thanks!
Add Comment
Reply
in Computer & PC (6) Get Eneba Coupons
If you purchase something through a post on our site, Slickdeals may get a small share of the sale.

Both are MacOS compatible and run nicely on the new M1 Macs too!

Although a lot of the DLC with 2013's GOTY isn't Mac compatible and sometimes it's cheaper to buy the game on it's own and a DLC pack and one individual DLC and get all the Mac content for even less than the cheaper deal.

0
Reply
This comment has been rated as unhelpful by Slickdeals users
Joined Dec 2015
L3: Novice
114 Posts
33 Reputation
04-14-2021 at 02:52 PM #3
Gary i was wondering when you find games that are Mac compatible on steam if i buy a key for say Metro 2033 Redux on Ebay and it says PC only but steam shows it as Mac compatible will i have access to said game ? I just got a M1 macbook to tinker with and a life long PC gamer but didnt want to start buying keys that would only work for PC and just regret it.

I believe companies like Feral interactive handle a lot of the ports for Mac so i wasnt sure if you get the Mac license on Steam. I have a bunch of Epic games that i know have Mac ports but you dont get access to them on Epic.

Ill also check out those other recommended sites you listed .