Note, must be sold/shipped by Amazon or Walmart respectively

Thanks to community member LO6932 for finding this deal

About the ProductNo longer available: 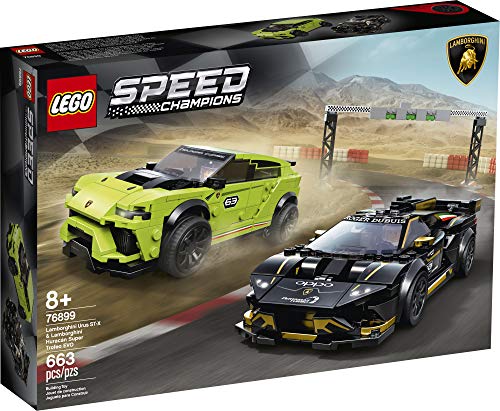 
Lower price again, but it could be due to the fact that the new 2021 Speed Champion sets are coming out Jun 1.

This comment has been rated as unhelpful by Slickdeals users
Joined Feb 2021
L2: Beginner
85 Posts
45 Reputation
05-17-2021 at 07:25 AM #3
Good find, it was overpriced to begin with, I guess Lambo charges more for licensing over Jag (both sets were comparative and this one on sale is still $10 more over MSRP).

The 2021 sets include the Corvette C8R/Corvette 29.99 and the Ford GT/Bronco 49.99. In this instance, I don't think Ford's licensing costs would be as high as Lamborghini but the end-price is still the same.

Nevertheless, picking this one up for the kiddos

0
Reply
This comment has been rated as unhelpful by Slickdeals users
Joined Dec 2012
L4: Apprentice
344 Posts
54 Reputation
05-18-2021 at 09:52 AM #11
To be fair, they're aren't exactly making tons of money selling so few, specially manufactured vehicles.

That said this is the 20% off deal that typically happens with sets, I bought the $20 ones at 16, the $30 Jaguar set at $24, and yeah bought this at $40 as well. Still haven't gotten around to building it though as my 5 year old has acted like a 5 year old and his interest waned off building legos with his old man for the meantime. But I doubt this set will really go much cheaper unless it's a Walmart like clearance that is very store based, so YMMV, at this price this is the "Get it anywhere at 20% off" price which is largely why I bit.