Slickdeals Forums Deal Talk Epson home cinema 3800 4k pro-uhd 3-chip projector with hdr $1399 at Parker Gwen
Advanced Search
Sorry, this deal has expired. Get notified of deals like this in the future. Add Deal Alert for this Item
Forum Thread

The Epson Home Cinema 3800 includes our latest 4K PRO-UHD1 technology for an exceptional 4K HDR2 home theater experience. Using advanced processing technologies for resolution enhancement, color and image processing, the Home Cinema 3800 faithfully displays all your favorite content at an exceptional level of brightness and color accuracy. And, with support for the latest 18 Gbps HDMI 2.0 specification, you'll enjoy 4K HDR gaming at a full 60 fps from the latest generation of consoles and streaming devices.

Whether you're streaming your favorite series, 4K gaming, or simply watching a blockbuster movie in HDR, the Epson Home Cinema 3800 is simply stunning.
https://parkergwen.com/collection...r-with-hdr 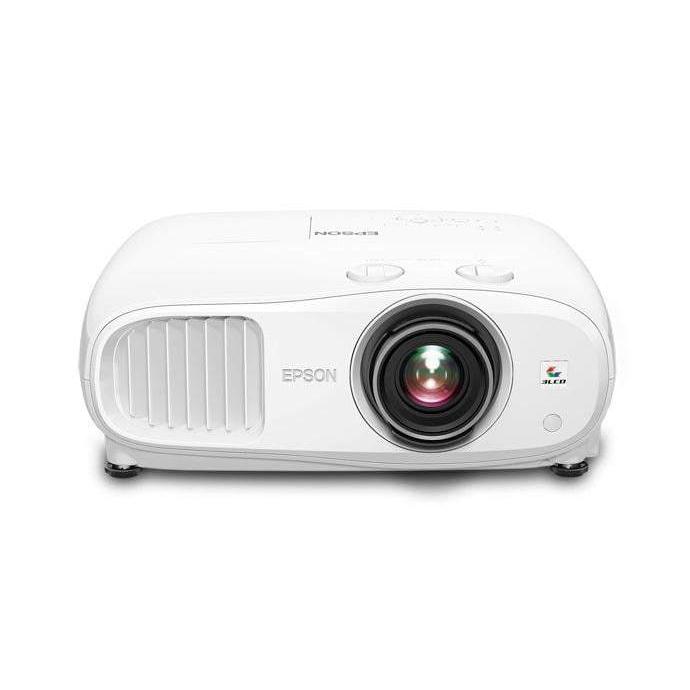 pixelpusher15 posted this deal. Say thanks!
Add Comment
Reply
in Projectors (3)
If you purchase something through a post on our site, Slickdeals may get a small share of the sale.

No this isn't native 4K but it is twice as sharp as 1080p and it is noticeable. 4K DLP projectors will be sharper but have worse contrast. This Epson 3800 is measured around 2000:1 native contrast and most DLP 4K projectors peak around 1000: native contrast. It also has a dynamic iris which boosts contrast even further. This projector is very bright and can do well with some ambient light, I recommend getting a grey screen with it to maintain contrast and drop black levels. If you are trying to use it more as a dedicated theater projector then I still recommend using a grey screen since it's black floor is kinda high and it's just a bit too bright for a true dark room theater. Only go white if you are projecting on a massive 150"+ plus screen.

This projector also has a ton of lens shift which means placement is super easy and there isn't a need to worry about using keystone correction and distorting the image.

There are reports of this projector being a bit out of focus when using a lot of lens shift. Some users notice it and others don't care. When I demoed it in my space I only noticed it when looking for it. If you are using this with a HTPC and viewing a lot of text then it would be more of a concern.

this pj best for dedicated theatre room or go w sumthing else?

06-17-2021 at 04:30 PM #11
I'd actually had all three and I think the noise is pretty good on medium and great on Eco. All of them loud on High and would need to be a decent distance from the seating position or in a hush box.

Have been waiting for this one to go on deal to replace my Epson 2150.

0
Reply
This comment has been rated as unhelpful by Slickdeals users
Joined Nov 2016
L1: Learner
21 Posts
18 Reputation
06-17-2021 at 04:55 PM #13
I have never had a projector that didnt have an auto lense shutter.
Will leaving the lense uncovered 100% of the time cause internal dust issues?
Or do just need to clean it more often than you would with a projector that has a shutter?

Would love to test the 40 and return but there are no returns on the refurb.
So I am leaning towards this projector only for that reason.