Thanks to Community Member Casan0va for finding this deal.

Note, availability for pickup may vary depending on location. 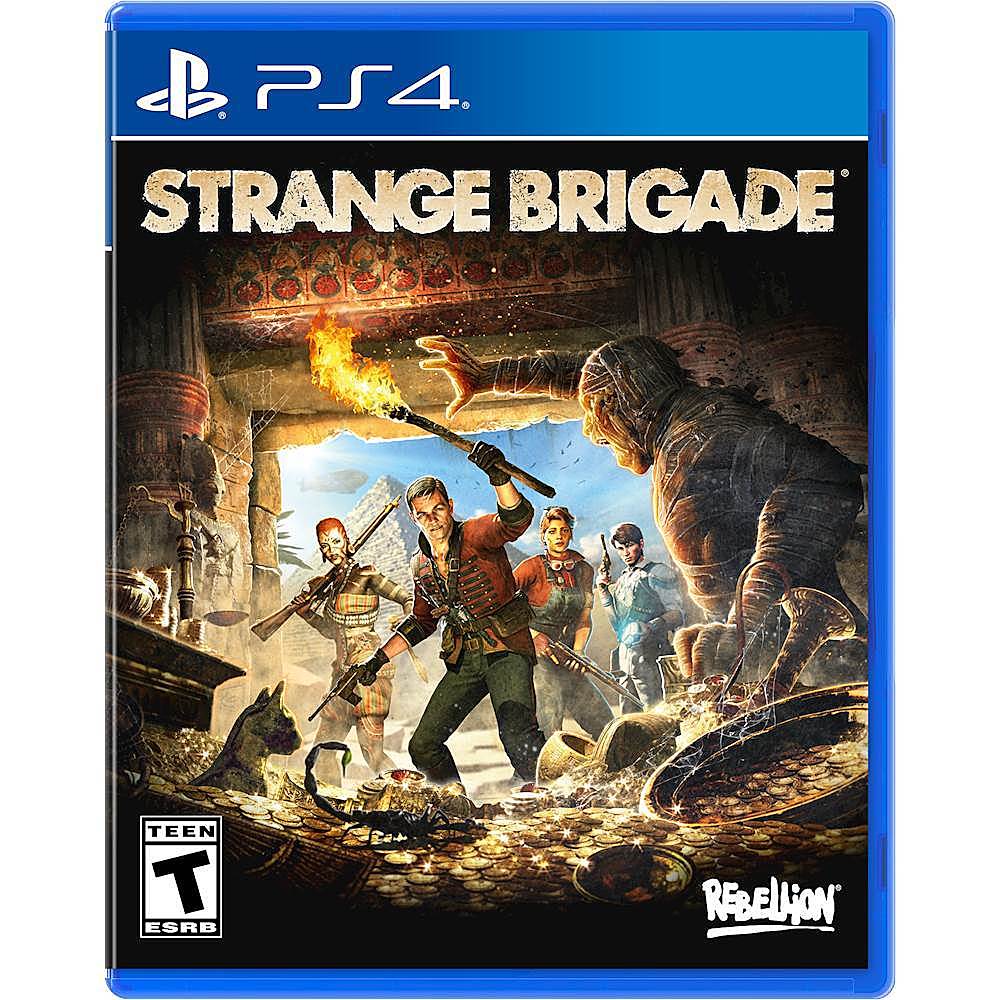 Casan0va posted this deal. Say thanks!

Totally disagree. I thought it was a unique, underrated game. Not worth $60, but definitely worth $5 especially if you & a friend each get one.
I bought this game last year.
No online players
I played and finished the whole game by myself, had a great time. Very fun, unique, can be challenging.

07-11-2021 at 05:28 AM #4
No surprise, Strange Brigade was a big time flop for me, got it free with a hardware purchase after seeing some trailers on Youtube thinking it would be a game I'd enjoy, instead I almost instantly hated it and have less than 3 hours of playtime in it and haven't touched it since.

07-11-2021 at 06:42 AM #6
I got this when it was $3 clearance at Walmart. DO NOT buy until you have friends to play with. The game is horrendous solo. I spent more time running from enemies than fighting because I had every enemy on the map chasing me since none of my friends wanted to play it. If I stopped to try to attack enemies, I might've got one or two shots on an enemy before they started mobbing me again.

2
Reply
This comment has been rated as unhelpful by Slickdeals users
Joined Apr 2007
L4: Apprentice
457 Posts
81 Reputation
07-11-2021 at 06:55 AM #7
I agree solo is not much fun.
It was pretty fun to play with friends,
So I bought copies for my friends when it was $6, at $60 I would have been deeply disappointed.
I'd like to try some of the DLC but that needs to be way cheaper.

0
Reply
This comment has been rated as unhelpful by Slickdeals users
Joined Jun 2006
L5: Journeyman
705 Posts
104 Reputation
07-11-2021 at 12:15 PM #15
Rebellion's games are fun but they are a greedy company with a shitty habit of selling you half a game at almost full price and then selling you the rest piecemeal as DLC. Zombie Army 4 is a good example. The base game is 50 bucks and you get nine maps, THREE primary guns and pistols to choose from, and like four secondaries. If you want the other maps and guns you gotta buy them one by one or buy the three season passes to get 2-3 more of each. And they're mostly the same guns from the previous ZA series. It's appalling how greedy they've become.

That's why Strange Brigade flopped when it came out. It basically had the same pricing scheme as ZA4 and everyone was saying it looked kinda fun but was way overpriced so no bueno. There's more games than we have time to play these days so I'm fine with not playing and supporting a Rebellion game.